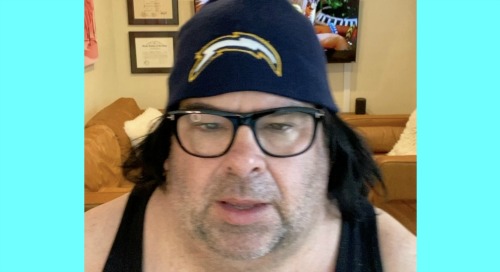 TLC 90 Day Fiance: Before The 90 Days spoilers tease that Big Ed Brown is speaking out about the condition that’s responsible for his short neck and shorter-than-average stature. As 90 Days viewers know, Ed is currently romancing Rosemarie Vega on the show, but in his personal life, it seems that he gets made fun of quite a bit for his appearance.

All one has to do is check out the comments on Ed’s Instagram posts – there are a lot of hate comments there, with many people commenting on Ed’s appearance, most notably this short neck. Of course, Ed gets his fair share of positive comments as well, but it’s unfortunate that people pick on his appearance, and it’s something that Ed has apparently been putting up with for his entire life.

Recently, Ed posted a video clip on his Instagram feed in which he explained the situation. Ed said that he has a condition called Klippel Feil Syndrome (KFS), which is characterized by the fusion of at least two vertebrae of the neck. People with KFS typically have a short neck, a low hairline at the back of the head, and restricted mobility of the upper spine.

Ed captioned his video as follows: “Klippel Feil syndrome or KFS is real. It effects all kinds of people, even young kids who don’t understand why they are being bullied for looking different…be kind and open, you never know when someone is hurting. #KFS #klippelfeilsyndrome #antibullying #borndifferent”

On the video, Ed tells his viewers that he’s there to have a serious conversation about KFS. Ed reveals that Tina Turner’s son also has the condition, and that she recently reached out to him about it. Ed explains the condition to viewers, and he says that he wants to reach out to Tina and her son and tell them that he loves them, and that he has a message.

Ed then says the following: “The best message that I can give you is just because you have a condition…do not let your condition define who you are because it’s not. You are you because god made you the way that you are…I’ve been teased all my life but I never let it bother me, ever, I learned to love myself, and I learned to laugh at myself because…it makes life a lot easier.”

Ed continues: “We definitely need a lot less hate in this world, and I know people give me a lot of crap and they make fun of my neck, whatever, it really doesn’t bother me. But when you make fun of somebody else who maybe doesn’t have that confidence in them, it hurts them deeply, so stop it, stop it right now, it’s not funny.”

Well, in response to his video and message, Ed has received both positive comments and hateful ones – even some that continued to make fun of his appearance. But the good news is that plenty of people have responded with enthusiasm to Ed’s message.

One person said: “You give off such good and positive vibes even when people are still really toxic to you. It’s absolutely amazing how you can deal with that and still be that positive like woah.”

At any rate, it seems that Ed can take the criticisms and bullying in stride, and it’s noteworthy that he’s concerned about how others with KFS (or any other condition that gets them bullied) are treated. What do you think about Ed’s message to bullies? Stick with 90 Day Fiance: Before The 90 Days and keep CDL at the ready for the most recent updates on the show!

Klippel feil syndrome or KFS is real. It effects all kinds of people, even young kids who don't understand why they are being bullied for looking different. ..be kind and open, you never know when someone is hurting. #KFS #kleppelfilesyndrome #antibullying #borndifferent