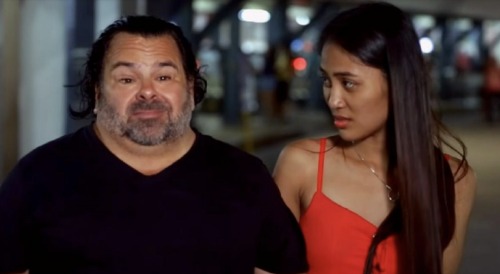 TLC ’90 Day Fiancé Spoilers’: ‘Before The 90 Days’ spoilers tease that Ed Brown, better known as “Big Ed” on the reality show, has caused a stir in recent days as some photos of him in younger days have been circulating the Internet. And while viewers have certainly been reacting to Big Ed Brown’s wild adventures in the Philippines with Rose Vega and her family, they’ve been reacting just as strongly to his physical appearance in the 30+ year old photos.

A couple months ago, Big Ed posted a photo on Instagram from 1988. In the photo, he’s young, tanned, and looking quite fit! Big Ed’s caption for the photo reads: “Was in shape before getting married!” Several of Big Ed’s followers replied with surprise, as the photo really doesn’t look much like he appears today at all.

In a subsequent post, Big Ed shared a photo of himself with his young daughter and his bike, captioned: “With throw back to raising Tiffany, we would bike 20 miles a day!” Big Ed (or should we say Skinny Ed, as he looks in the picture), is lean, mean, and shirtless!

Well, Big Ed did confirm with TMZ that the throwback photos are indeed him. Big Ed revealed to TMZ that he was on a date with his now ex-wife back in 1988 when the first photo was taken. He also revealed that he suspects that the photo was originally taken off of his private Facebook page.

More recently, Big Ed posted a video montage that he captioned: “A look back…!” The TikTok video includes various photos of him over the years. Big Ed seems to be enjoying the ride, although he’s received a LOT of comments comparing his physical appearance then to now.

For example, one follower commented: “You don’t look like this anymore – not even close.” And several other folks commented on how great Big Ed looked with shorter hair. That seems to be a common theme when it comes to Ed, as one person said: “Why don’t you cut your hair?” And someone else commented: “Cut ur hair…I love it short too. Seems like all us ladies do.”