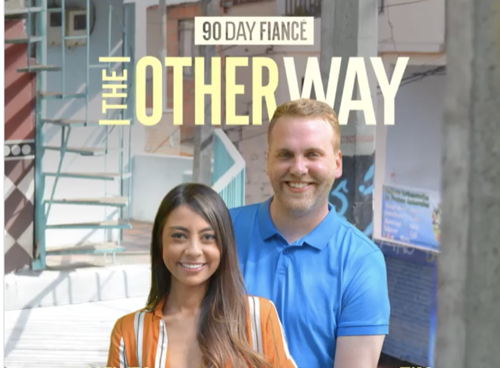 Tim packs up his house, hoping this move will save his relationship. Ari arrives in Ethiopia and is shocked over her new apartment. Jenny puts pressure on Sumit.”

Jihoon brought Deavan to the new house. She had used her own money to get this house because she thought it was going to be okay for her family and it wasn’t. It looked old. It looked like they were in the ghetto of South Korea and so Jihoon should have said something. It was his job to check out the house. He was the one in charge of preparing the house for his family and he let them down. Everyone was angry with him. His mother-in-law chewed him out over this house because she thought it was too small and it really was the tiniest house. They went in and there was no place to put their bags. There wasn’t even a living room much less a proper kitchen. The whole apartment lacked basic necessities,

Deavan was the angriest of the whole group. She’s been taking care of them from the very start and she wonders when is her husband going to finally step up. She said she shouldn’t have been looking at apartments. It should have been Jihoon’s job and he later admitted as much. He said he should have been taking care of things. He hasn’t been and he hasn’t even told her that he doesn’t have a second job yet. He had lied to her about that as well as many other things. Jihoon does not have his life together and, rather than get his life together, he chooses to lie about it. He crumbled after they went to the apartment. He’ll probably do the same once his other failures come to light and so he couldn’t even be counted on in a crisis.

Tim wasn’t much better either. He developed a serious relationship with his girlfriend Melyza and he even bought her ring some time ago. The only reason he hasn’t given the ring just yet is that he had cheated on her around the same time. Tim carried out an affair with a woman he first began to emotionally cheat with and so this was doubly concerning. He had formed an emotional attachment to this woman. He had gotten to know her rather well and so she wasn’t some fling. She couldn’t be as discounted as he would like her to be. Tim cheated on his girlfriend with someone he knew all too well and now his girlfriend doesn’t trust him. If she had, she would have stuck with the original plan and she would have come to the States.

Melyza didn’t want to come once she found out about the cheating. She had wanted to stay in Colombia and so that’s why Tim was going down there. He was fighting for their relationship. Tim’s friends and family didn’t believe Melyza should forgive him. They thought what he did was unforgivable and so they were on Melyza’s side here. They all liked her. They thought she had been perfect for Tim and for him to ruin as he did had been shocking. They even questioned if him moving down there would be enough to fix the relationship. His own mother thought it wouldn’t be enough and so Tim was taking a chance. He was hoping that if he proved himself to Melyza that she would eventually forgive him.

It was a lot to hope for. So far, the only relationship so far that seems like it’s going to work out is Armando and Kenny. The two haven’t seen in each other in person in nine months and yet that wasn’t enough to take away from their love. They love each other. They were moving in together in Mexico and everyone that mattered was happy for them. This included Armando’s daughter Hannah. Hannah loves Kenny too and she was so happy to find out they were going to be living together from now on. She jumped up and down when she heard the news. She couldn’t wait for it to happen. Hannah was going to be staying with her grandparents for the first week while Armando sets everything up with Kenny’s help and then they were going to come back for her together.

This was going to be the first time that Kenny was going to meet Armando’s family. Armando was nervous about it. He thought his father might be a problem just because his father didn’t see him off when he was leaving and he wasn’t sure where the other man’s head was. Armando wants to believe in his family. He wants to believe they’d want him to be happy and he’s at his happiest when he’s with Kenny. Kenny was giving up his whole life in order to live with Armando. He was saying goodbye to his children and grandchildren. He sold his house. He was even driving ten hours of several days just to make it to Mexico. And so the least Armando’s family can do is welcome Kenny to Mexico.

Ariela was the American in her relationship. She was seeing Biniyam who was from Ethiopia and the two had gotten pregnant really fast into their relationship. They were now having a baby. She planned on having the baby in Ethiopia because she wanted Biniyam to be there when the baby was born, but moving there has been hard on Ari. Ari was already missing her family and so it was a good thing her mother came with her on the trip. Her mother wanted to be there to support her when she had the baby. She also wanted to check Biniyam out for herself. The mom thought he seemed like a nice guy and he genuinely appeared to care for Ari. She was the one that really had doubts.

Ari had a panic attack on her first day in Ethiopia. She had panicked because her fiancé grew out his hair and she felt like she was seeing a different person. She panicked because it was just hitting her that she was having a baby with a near stranger. She truly panicked for a whole set of reasons. Ari almost had another attack when she saw their apartment. The apartment was small and dark. She immediately said she didn’t like it. She wanted to move and Biniyam promised her that they would look for a new apartment soon. One that had light.

Jihoon later disappeared for several hours without saying anything to his wife and when he came back to the apartment – he confessed they couldn’t get a new place because he didn’t have money. He didn’t tell her about the job. But he also told her he was broke and so now Deavan knows they don’t have anything. And she said she was going home with her mother.