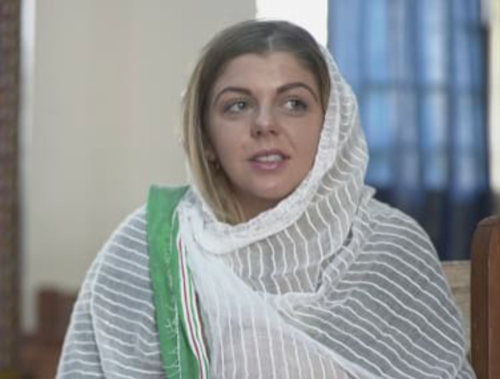 Kenny pressures Armando to announce their engagement to his family. Ari and Bini clash over religion. Brittany is scared to face Yazan’s parents again.”

Jihoon is running after Deavan’s daughter, Drascilla, who ran off. Jihoon let her go and then when Deavan yells at him to run, he gets mad that she raised her voice. Deavan’s mother ends up catching up with Drascilla. Deavan’s parents witnessed the whole thing and think that Deavan belittled Jihoon. On the other hand, Deavan doesn’t think Jihoon is ready to have a family.

Jihoon starts crying and asks Deavan if she has even thought once to think about how he is feeling. On Deavan’s side, nothing is Jihoon’s fault and she has no sympathy when he cries in front of her. Jihoon’s mother walks up and sees him crying, she asks what is going on. Jihoon tells her not to get involved and leave. Deavan tells Jihoon that his actions show her that he does not want a family life. Jihoon maintains that he wants a family and will do his best to be a better dad. He says he wants to apologize to her mother.

Biniyam sits down with his family, they want to speak to him. They talk about the club, his sister reminds him that his last relationship the problem was the club. Biniyam says that Ariela is different, things will be ok as long as he is honest with her. He says that she respects his talents. His family would be happier if he would marry an Ethiopian, they are worried she could take the baby and leave. Biniyam can see that his family doesn’t trust Ariela. Biniyam says he wants his child raised in Ethiopia with the same culture as he.

Armando is still excited about his engagement to Kenneth. They are at dinner and talking about his telling his parents that he is engaged, he is very nervous about it. He thinks they should process meeting Kenneth first, then afterward, they should tell them about the engagement. Armando hopes they will be happy for them. Kenneth realizes he is putting Armando in a difficult spot, but he wants his parents to know about him and be proud.

Brittany moved to Jordan a few weeks and she has not seen Yazan’s parents since they yelled at her. They think she is disrespectful and playing games with Yazan. Brittany is dressed in traditional attire to meet with Yazan’s parents a second time. Yazan wants to give their relationship more time, and he has to try to convince his parents of that because, in his country, boyfriend and girlfriend are not permitted.

Sumit and Jenny are painting their house, trying to save money because they have to pay back his parents for his divorce. Sumit tells Jenny that his brother Amit called, his parents are ready to talk about them, and he wants to go there. Jenny has seen his parents in action, and they have traumatized her, she doesn’t want Sumit to go. Sumit tells her that they don’t approve of her. Jenny thinks it is going to be a complete waste of time for him to meet his parents.

Biniyam and Ariela are walking in the streets, he buys her a scarf to wear so she can go to church with him. She is going to the church with him because it is important for him to baptize their baby. She has always felt uncomfortable with Christianity, her mother is Catholic and her father Jewish. In the church, they sit with a priest and Biniyam says he wants the baby baptized in the church.

The priest says that before the baby can be baptized in the church, he must suckle from a Christian breast. Biniyam tells Ariela that she needs to get baptized too. Her first thought is no way and he is asking too much with this. Outside the church, Ariela tells him that she doesn’t want to get baptized. Ariela feels sad, maybe she is not the right person for Biniyam but she loves him and this is an important subject.

Elicia heads downstairs to speak to Jihoon, he tells her that he is very sorry. She tells him off for letting Druscilla run into the street. He starts crying and she tells him that his tears mean nothing. She tells him that she does not accept his apology, it means nothing to her. Elicia tells Jihoon that If he kills her grand-daughter, she is going to kill him.

Yazan and Brittany are at his parent’s house. His father says that if he likes the girl then he should get married. His mother says that without a legal marriage it is wrong. Brittany has no idea what they are saying. Yazan says that he wants to teach Brittany about Islam to make sure that this is what she wants. Her father is coming at the end of the month, Yazan wants until then.

His father says ok, he wants him to be happy. His uncle is there to intermediate and it works. Brittany says she loves him and wants to learn more about the culture, she apologizes to his parents. One thing though, Brittany still has to tell Yazan and his family that she is not divorced.