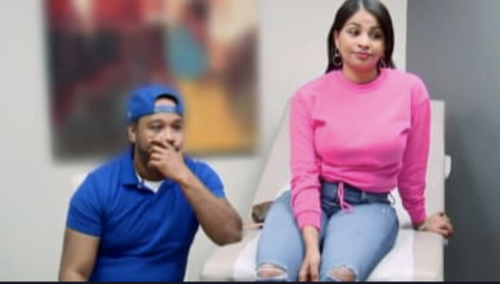 Corey & Evelin make a decision about their relationship. Annie is unsure about David’s upcoming medical procedure. Tiffany & Ronald worry about their future.”

So make sure to tune in tonight between 10 PM – 11 PM ET for our 90 Day Fiance recap.  While you wait for our recap make sure to check out all our television spoilers, news, recaps, and more, here!

Robert and Anny head to the doctor’s office to see if she is pregnant or not. After meeting with the doctor, they learned that they are pregnant. Anny is thrilled. Robert smiles. They listen to the baby‘s heartbeat. Everything sounds great. Robert and Anny both seem very happy afterward.

Rebecca and Zied met on Facebook. After talking for six months, they decided to meet. She flew to Tunisia. She was keeping a secret from him about being married. Although she was separated from her husband, this caused a little trouble but he has proposed to her. Her divorce has been finalized and now Zied plans to come to the US.

They plan on moving in with her daughter and son-in-law. They’re still working on the visa. In the meantime, Rebecca has started a new job.

Rebecca meets with a friend to tell her all about what’s going on. The visa has been approved. She’s excited!

Corey meets with Evelin’s friend Raul. Corey questions if Raul has feelings for his fiancé. They sit and talk. Raul does admit to having feelings but Evelin has chosen Corey. Corey doesn’t trust him but decides to remain his friend.

Jon finally gets to recreate Christmas with his family. He gives Lucy a bike and teaches her how to ride it. Later, Jon cooks dinner. His sister and mother come over to join him, Lucy and Rachel. They take about the visa process and how they are still waiting. Rachel has lost her job so that is difficult.

Rebecca and her daughter’s head to see a house. They talk about Zied and her relationship. Hopefully he is going to help provide for them. Rebecca tells her daughter he is coming with money. After their talk they decide the house in not for them and need to keep looking.

Evelin heads to Corey’s. They sit and eat breakfast. She is so happy he has become so independent. She asks him to move back in with her. He is thrilled and says yes.

David and Annie have arrived for his hair restoration. Everything goes well. Annie can’t watch. David is fine after.

Rachel, Jon, and Lucy head to the park. They sit and talk about possibly having a child together. He wants to make them whole before anything else.

Rebecca talks to Zied about viewing the house. He doesn’t want to live with her daughter and her daughter’s husband. He wants to live only with Rebecca. Rebecca thinks he doesn’t realize how expensive it is here. She thinks if they all sit down and talk things will be ok. Zied agrees to it for now.

After Bryson’s birthday party, Anny and Robert decide to tell him they are having a baby. He doesn’t say much at first. He just wants to play. Anny and Robert talk about their new blessing.