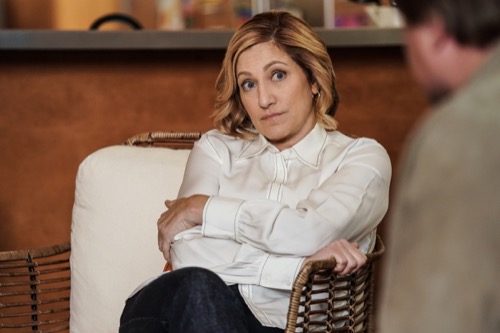 Tonight on CBS their new crime drama Tommy returns with an all-new Thursday, April 30, 2020, season 1 episode 12 called, “This Is Not A Drill,” and we have your Tommy recap below.  On tonight’s Tommy Season 1 Episode 12 recap as per the CBS synopsis, “Tommy and her inner circle fight back against an LAPD and city government conspiracy to have her removed as police chief.”

Tonight’s Tommy season 1 episode 10 looks like it is going to be great and you won’t want to miss it.  While you’re waiting for our Tommy recap make sure to check out all our TV recaps, news, spoilers & more, right here!

Hollywood Hills 11:47 pm, Tommy is on the scene of some fires. She sees the mayor and goes to speak to him. She asks why she had to hear on the phone that she was being investigated by the ethics committee. He says she created this situation, not him, and its an issue of perception, just politics.

Ken tells Blake that Tommy wants them in her office now. She says she slept in the office last night she was too afraid to go home.

In Tommy’s office, she shares Blake’s story with her team. She goes on to tell them about her being followed and the thug who threatened her by blackmailing her. Tommy asks Ken for help to prepare for her meeting with the ethics committee. Tommy ends the meeting, Donn tells her that she should open an investigation into what Blake told her about the reporter missing. She won’t do it, she wants to keep it quiet for now.

Abner goes to Vincent’s boss to see if he knows where he is – he says no, he only knows that he was working on city corruption. And, he has disappeared before, he is not worried.

Donn has a sketch artist, he got him to see if he can help Blake id the guy who threatened her – he ends up doing a good job.

Tommy and Ken are in her office with the legal counsel. Tommy is told that there will be questions and she will have to answer them in writing, and she cannot refuse to answer any of the questions.

Donn comes in to see Tommy, they found a body in the fire and gasoline, it looks like the fire is a homicide.

Ken shows her photos of how Tommy should dress at the hearing, she says she will wear what she has to wear. She tells him to stop worrying, she is a cop and she will wear her uniform.

It turns out there is a nature cam of someone walking in the woods near the fire started, Kim shows Blake the video and it looks like the guy who threatened her. Blake is now worried that Vincent is the body they found in the fire and this man killed him.

Donn meets with Len and shows him a picture of the guy who threatened Blake, Donn says it is Howard Ford who has been working for him since he left the force. Len says it is complicated. Len takes him to a room where Jonathan Lovell is and Chief Leakey. They discuss what is going down at headquarters; they start talking about Tommy and saying that she is bad for the department and the city. And, they want Donn to replace her. Donn asks if the mayor knows about this, Jonathan says that he won’t object.

Tommy is upset that people are talking negatively about her on social media, her daughter asks her since when does she care what people think. Tommy says that she should have known that in this line of work, she can’t have a private life. Tommy is overwhelmed that her private life is all over the news. Her daughter tells her to just go into that hearing and tell the truth, that is all she can do.

Council visits Tommy asks her about when her son-in-law was on the list of offenders for a sex crime. He tells her to make sure her story is straight on this.

Abner gets a call from Vincent’s boss, the Rwanda diplomat came to visit Vincent and he never showed up.

Blake goes to see the Mayor and tells her about Vincent and how he thought someone had Arturo Lopez killed. She asks him what Lopez did, he says nothing that would get him killed. She tells him that Lovell took pictures of them, there was a camera in the bedroom and the creep in her building who was blackmailing her, he showed her pictures. She asks him what he knows about Lovell, he says nothing, he can’t help her. She says she gets it, he is the mayor, and she never expected him to put her first. She tells him that he is no longer involved with her anymore, she doesn’t trust him and doesn’t know him anymore. She says she is so disappointed in him.

Tommy calls Kiley, she tells her they can’t talk. They chat for a bit, then hang up. Tommy is dressed in her uniform, she is on the way to the hearing.

Tommy makes the opening statement, she says she has done nothing wrong and her private life is her own. She has never given confidential information to anyone, she did not intervene in her daughter’s arrest and her son-in-law’s case went forward without her having anything to do with it. She says she only wanted to be a cop since she was an early age and being a chief, she would never sacrifice that for anything.

Santos is called in as a witness. He says he notified the chief when he found out that her son-in-law was on the list offenders and asks that he take him off. Tommy can’t believe it, he is lying. Tommy leaves the courthouse. Blake gets a call, the coroner’s report is out, the victim is an African male in his sixties.

Tommy is in her office, she finds out that the ethics committee suggests she be dismissed effective immediately. Tommy leaves, Donn sees her head to the elevator, he looks in her office.