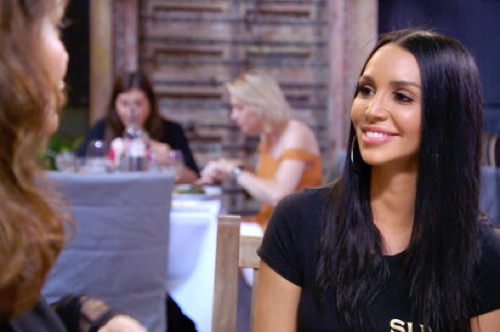 But Stassi’s insecurities threaten everything when she explodes on Kristen at a wine event. Meanwhile, Lala and James make music together and bond over their sobriety struggles,”

Dayna and Brett are making drinks. They talk about Max, apparel he hooked up with a cocktail waitress at Sur. Dayna isn’t surprised and looks annoyed.

Lisa arrives at Sur. Scheana visits with her and they talk about her egg retrieval. It was successful. She does not want to be in a relationship right now though. Lisa doesn’t believe it. Lisa tells her to be honest. Scheana talks about how much she has been hurt. She needs a break.

Dayna visits with Scheana who was injured after a man ran into her with a scooter. Scheana shares that she has a psychic for Dayna to talk to. Dayna starts crying. She doesn’t know if she can. It is so she can talk and try and commit to her mom. She tells Scheana she does not want to do that right now. Scheana understands and leaves.

Beau arrives at Lisa’s. They talk about his proposal plans. Meanwhile, Stassi is at the OB office. She tells the doctor he makes pregnancy easy! Lisa tells Beau they cannot leave Kristen out of this event.

Brett comes to see Scheana on her break outside. She’s upset that he hasn’t been getting back in touch with her when she reaches out to him. She is sick of being a good friend to people who don’t give her the time. She had surgery and didn’t even care. Moments later she ends up speaking with Dayna who tells her that she wasn’t ready to speak to her psychic. They’re just not that close yet and their relationship is still evolving.

Kristen is prepping for the party and she’s very annoyed that she has not seen Kate or Stassi since they returned from Vegas. Neither one of them has done anything for their brand on social media.

Dayna runs into Max at the ladies’ wine party. He admits he was slightly jealous to hear about her kissing Brett. She tells him that she wants to just move on, especially knowing that he fooled around with Scheana squared.

At the wine event, Stassi gets really worked up talking to Beau about how she doesn’t want to be friends with Kristen anymore. She feels like he doesn’t under her. She begins to get angry. Beau gets up and is approached by Kristen who hassles him that he isn’t her friend anymore. He tells her he is but he wouldn’t run-up to her and give her a big hug. She gets mad that he allows Stassi to choose his friends. Stassi then intervenes. Kristen thinks she is ridiculous and walks off. Stassi yells at Beau before storming off. She thought she was his person.