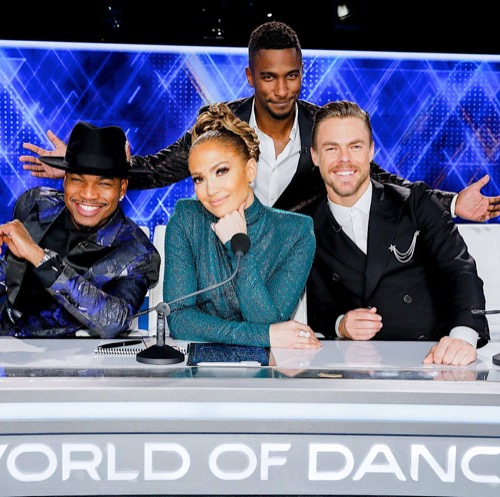 Tonight on NBC the World of Dance’s the fourth season airs with judges Jennifer Lopez, Derek Hough and Ne-Yo with an all-new Tuesday, June 16, 2020, episode and we have your World of Dance recap below. On tonight’s Word of Dance season 4 episode 4 as per the NBC synopsis, “In the final round of “The Qualifiers,” the competition gets turned on its head as the judges surprise contestants, who must now first perform in a stripped-down warehouse to prove they have what it takes.

In “The Callbacks,” select acts will have one last chance to showcase their artistry, precision, and athleticism to move forward to “The Duels,” where they’ll earn their right to perform on the iconic “World of Dance” stage.”

It’s the final auditions and all of the judges are there to surprise the contestants. Geometrie Variable, A dance crew from France is getting ready to perform. All three had previous jobs but feel as though dancing is what they are supposed to be doing. The three are sent to a room where they are surprised by the judges. They play it cool and give their performance. The judges think they are very cool and actually try out a few of the moves. After, the group is sent forward.

The Gigabots are up next. The young teen group of male and female dancers are shocked to see the judges but get right into their performance. After they are done the group gets a no except Ne-Yo. After the group leaves the room, Ne-Yo heads out to meet them to shake their hands and let them know they did a great job they need to get a little stronger and return next year.

A teen ballerina named Maddy arrives in a purple tutu to perform for the judges. J. Lo gives her a yes while Ne-Yo gives her a callback and Derek says No. Ultimately, she gets a yes.

Up next, CB Action, a group of four male dancers from Argentina arrive. They are all shocked to see the judges. The group shares that they are missing a member. He broke his knee, they share, getting choked up while telling the story. They give their performance and get a lot of compliments from the judges. Their fifth member comes to say hello. They get a callback.

Derek and Ne-Yo talk to each other while they decide what to wear for the day. A group of teen girls comes in to perform. One of them goes crazy and asks J. Lo for a hug. After their performance, they get a callback.

The judges see several more groups. Some get a no and others get a callback. One group of ladies with high shoes get a callback from a smiling Ne-Yo.

A group of teen girls performs with colorful tutus. The judges love their energy. J. Lo thinks they need to improve the choreography. They get a callback.

A contemporary dancer named Kurtis from a small town in New York us ready to audition. He shares how he was bullied for dancing. He was assaulted physically and verbally. But ultimately, dancing saved him, allowing him to express himself.

Kurtis arrives to perform and is shocked to see them. They give him some advice. Ne-Yo gives a yes, J. Lo gives him a callback but Derek gives him a yes.

It’s the next day, the judges arrive for the callbacks. There are only four slots. The Rise hopes to redeem themselves after one of the members fell in their first performance.