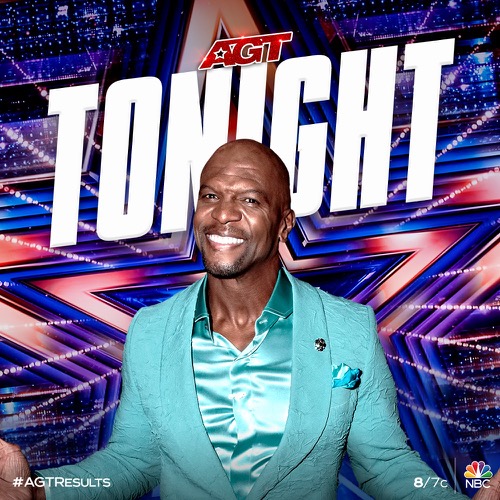 Tonight on NBC America’s Got Talent begins with an all-new Tuesday, August 18, 2021, episode and we have your America’s Got Talent recap below! On tonight’s AGT season 16 episode 12 “Quarterfinals Results 2″″, as per the NBC synopsis, “Seven acts from the previous night’s show will move on to the semi-final round of competition. Viewers will have one last chance to send their favorite performer to the next round by using the “AGT” Official App or going to NBC.com to vote.”

In tonight’s America’s Got Talent episode, it’s the Results Show! AGT is live with the results after their latest episode and the night began with its own recap. They showed off a little of each act from the night before. Some were good and some were not. The judges all had something to say but not as much as Simon. He pressed his elimination buzzer and Howie wasn’t that much better because he too also pressed his elimination buzzer once.

They hadn’t liked the acts yesterday and it was rare when they both agreed one-act was great. But tonight’s decision isn’t up to the judges. It was up to America and America voted. America even chose the bottom three. The bottom three-act for tonight were Korean Soul, T3, and surprisingly Tory Vagasy.

Tory was one of the few people to win Simon’s approval with her performance. It was therefore surprising that Tory ended up in the bottom three and so it might have been the performance or maybe Howie did manage to convince people he was right. Well, the bottom three still needed votes, and voting will be open until the last few minutes of tonight’s episode.

As America continues to vote in the Instant Save, Terry moved the show along. He announced the first act going through to the next round. The first act that was saved was Northwell Nurse Choir. They beat Shuffolution and Howie for one was happy because he loved the choir most of all. There was later performance from alums the Clairvoyants.

The Clairvoyants pulled the judges into their act. They made it fun and unpredictable in a way only they could. Then came the results again. The next act going into the next round was both Victory Brinker and Aidan Bryant. They were up against each other and they were they both got in. The two youngsters were thrilled. They couldn’t wait to go to the next round.

The next act to be announced was Peter Antonio. He beat out the Positive Impact Movement otherwise known as the guys without any shirt on during most of their act. But it turns out shirtless didn’t always transcend into votes. Peter Antonio won his round. The next round was between Josh Blue, Johnny Showcase, and Dokteuk Crew.

The winner of that round was Josh Blue. He was a great comedian and he even managed to make Simon laugh. Simon loves it when the acts are naughty. Howie also loved Josh. He said he was sort of person they needed nowadays and America apparently agreed with him. They voted Josh through. The other acts were eliminated. There were more performances tonight.

There was a performance from Kodi Lee who had a duet with H.E.R. They performed one of his hit songs and hearing Kodi sing remains a pleasure. He was a blind and autistic young man with Addison’s disease but he was just so incredibly talented that it couldn’t be denied by anyone much less no one has nor will ever try.

Kodi’s performance tonight was one of the highlights of an episode filled with entertainment. He loved being back and he loved that he got the chance to perform with H.E.R. It turns out she was a huge fan of his. She said Kodi is what the music industry is about. Next up, it was the results of the Instant Save. The winner of the Instant Save was Tori.

She too was an amazing sing and, while she gave Howie plenty of lip, she truly did earn her place in the next round and hopefully, she won’t skate too close to being eliminated again. America had finished voting. They saved everyone they could and now the decision was left to the judges. The judges had to decide between T3 and Korean Soul.

The act with the second highest votes in the Instant Save was Korean Soul and so they’ll be going into the next round.