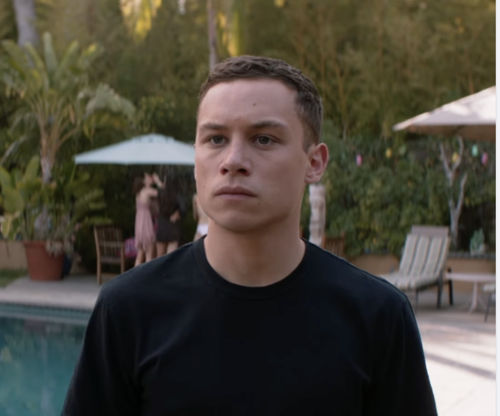 Tonight on TNT Animal Kingdom returns with an all-new Tuesday, July 18, 2021 episode and we have your Animal Kingdom recap below. On tonight’s Animal Kingdom season 5 episode 3  called, “Freeride,” as per the TNT synopsis, “J’s business secrets come to light as Pope mourns the loss of Smurf; Deran distracts himself from his own loneliness; Craig and Renn have a difficult time finding a work-life balance.”

In tonight’s Animal Kingdon episode, Pope wakes up with Smurf’s ashes on him, he looks in the pool and sees the murky water. On the beach, Deran is hungover and just woke up. J calls Gloria Hartman, he wants to talk about his grandmother’s estate. He wants to know if Pamela Johnson has been in touch, she says no. Pope is in the shower, washing off Smurf’s ashes that he was covered in.

At Renn and Craig’s she asks him what he is staring at, he says her boobs, they look amazing. The baby starts to cry, she leaves Craig and tells him the baby is first. ZZ comes to the door to score and Craig sends him away, he tells Renn that he is on a walking arrest warrant.

Deran and Craig are in the bar, Deran is worried about the job he says they are stealing from the cartel and doesn’t want to end up hanging headless from a bridge somewhere. Craig tells him not to worry, they are middle managers like at Best Buy.

Flashback to the 1980’s and young Smurf, she reunites with her old cronies Manny and Jake with the idea of hitting Marcus’ mansion. Pa tells her that if it goes wrong she won’t take care of her kids she will just call social services.

The brothers are getting everything packed in the truck, Deran asks J again that he is sure the owners of the plane are well behind them, he says yes.

Smurf got into Marcus’ place by distracting the housekeeper, she takes a pillowcase and starts to fill it with valuables, even a gun.

There is another drone overhead and it’s not theirs. Shots are fired and the guys make a run for it. Pope is waiting for them, they call him and he leaves. Pope runs of the guys approaching on a four-wheeler off the road, then he goes after the other one but he gets away.

Meanwhile, one of the brothers has a flat, they have to stop and fix the tire, more shots are fired but the brothers manage not to get shot. Pope is waiting at the bottom of the mountain for the guys and they make it, they all pile up in the truck and leave.

Young Smurf takes the cash, leaves the guys the jewelry and stuff but before she leaves she takes the gun, she says she earned it. Smurf returns to the kids at Pam’s house and she tells her that Marcus got robbed. Smurf tries to act like she knew nothing about it, but then she laughs and tells her it was easy to get into. Pam says she wants her cut, finders fee. Smurf says ok. Pam takes her money and tells Smurf to pack her things and get out. Smurf calls Jake when he asks where to, she says Oceanside.

The guys are back, J said he knew it was drugs, he thought it would be worth the risk and he worked it all out with Pete, he’s going to move it. Deran wants to know what else J is hiding. Pope tells them that he owns a bowling alley, laundry mat, and a condo, he bought them with money he stole from Smurf. Deran says it is like stealing from them. Outside, Deran asks Craig if he is ok with this, he says no. Deran says agent Livengood visited him recently looking for Adrian. Craig tells him they play it cool. Inside, J tells Pope he was going to tell them about the properties when the time was right.

Deran is in the bar when two guys he hooked up with at the beach want another go, Deran does one of them while the other watches. Craig gets home and Renn is waiting for him, she asks what happened with ZZ, he said Craig slammed him on the sidewalk and now her clients are afraid to do business with her. He tells her he doesn’t like her doing business at the house, a boy can get by if his dad’s in the joint, but not his mother. He tells her to quit, he says he has her. She says she takes care of herself

J meets with Pete at the beach, he tells him he will move it but he won’t hold it, too risky. Pete leaves and J bumps into Allie, an old classmate. She asks if he heard from Nicky, and tells him that she got married, she married a marine. She rubs his hand and tells him that he looks like he could use a friend.

Pope watches security footage of himself dumping Smurf’s ashes in the pool.