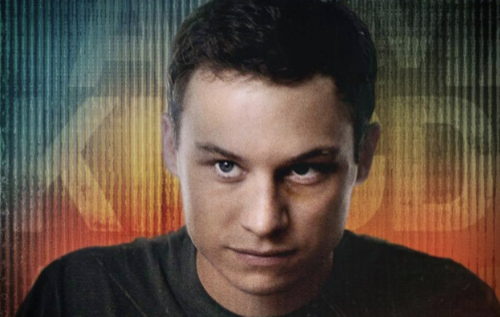 Tonight on TNT Animal Kingdom returns with an all-new Sunday, September 12, 2021 episode and we have your Animal Kingdom recap below. On tonight’s Animal Kingdom season 5 episode 10  called, “Relentless” as per the TNT synopsis, “Desperate for cash, and with pressure mounting, the Codys discover what they thought was a solution to their problems may be the biggest threat of them all.”

In tonight’s Animal Kingdom episode, the episode begins with Deran telling J that he has an idea for a job, it’s working with a guy who is holding money to send out to other countries. Flashback to young Smurf, she and the guys setting a moving mac trick on fire and rob the VCRs inside.

They take the driver’s glasses and truck keys and throw them in a wooded area so he can’t find them, then they start selling them. Meanwhile, Craig is chillin’ at Deran’s condo with all the teenagers that he befriended. Pope tells J that he needs to get rid of his truck, but he can’t sell it because of some stuff that went down in the desert.

Deran arrives at the bar and he finds out that the liquor board has shut him down and is confiscating his inventory; Deran says it is because of the son of a beach boy. Basically, Deran is shut down until the hearing.

J goes to check out the market doing the wire transferring, he finds out that the rate is 5% for sending and receiving, and it is $1000 max, J doesn’t think it is worth it.

Craig goes to Renn’s mother’s house to see if she and his son are there. She lets him look around and then tells him to leave because he is high. She tells him that her daughter came to her senses and left him. Craig gets on his motorcycle and leaves.

Pope goes to see Pete and tells him that he needs to lose his truck, Pete says he can’t do business with him, all his brothers, they have the heat on them, the DA. Craig is at a traffic light, a cop on a motorcycle is beside him, he gives him the middle finger and drag races him. They head in underground parking, the cop makes a turn and slides off his bike, Craig gives him the finger again and gets away.

Deran finds out that it was Livengood who got his license suspended. Deran goes to speak to Chadwick and tells him that the liquor board raided his bar, Chadwick says it didn’t come through them, he would have given him a heads up. Chadwick says that if Livengood has nothing, he will give up eventually. Chadwick says he knows a liason, he says he will tell him that he heard some crap about Livengood. But if he were him, he would give the DA what they want.

Pope goes to see Pete, but he’s not there. He leaves a message that Pete should shut his mouth, if he hurts his family business, he will hurt his. Meanwhile, Smurf has a problem, Max wants a bigger cut, even though she told him that the VCR job wasn’t on his turf.

Deran is with Pope and J, he tells them that Craig isn’t there because Renn took off with the baby. J asks him about the bar, Deran says that Livengood got him shut down. Craig shows up, J tells him that he wants to ask Frankie if they can burn another one of her contacts. Deran looks at Craig and tells him to go home and sleep it off. Craig tells Deran that he was at his place and had to go to the bathroom, so he broke a window to get in. The two start arguing.

Pope is outside with J he says they got heat so he couldn’t get rid of the truck. J says they should try to figure out that money transfer thing.

Craig goes to see Frankie, she tells him that he smells like a cat litter box and he looks tired. He tells her about Renn and his kid, she is surprised to find out he has a kid. She puts him on the sofa and covers him up, he falls to sleep. Later, Craig wakes up, Frankie tells him it has only been a couple of hours. He asks her if she knows about these guys who money from China without anyone knowing. She says what he is talking about, is dangerous.

Smurf gave money to the kids to go to the vending machine, Max finds them and gives them money. They give him back his money and won’t answer his questions. Max tells them to go tell Smurf that time is up. They go back to the trailer and the kids tell her what happened, she consoles them and says there is nothing to worry about. Andrew is upset, Smurf says she knows how he feels and that man is never going to bother them again.

Pope breaks the truck down into parts and gives some a guy who recycles scrap metal. Pope tells him what drives him crazy is unforeseen obstacles.

Deran gets a call from Chadwick, he has a solution and wants to present it to him and his brothers, he wants to make sure everyone is on board. Little does Deran know that Chadwick is working with Livengood. The boys are at the bar waiting for Chadwick and he walks in with Livengood who tells them it is their last chance to save their butts. Livengood names what he can do against them, they ain’t seen nothing yet, he will bring everyone down on them until the end of time.

All of a sudden, Chadwick shoots Livengood in the head and says the dude never shuts up. Chadwick tells Deran that he asked him to do something so he did, Deran says not like this. Chadwick laughs about it and says that he proved his usefulness and it comes at a high price, five grand and two grand a month going forward. He says the gun is a burner, but he will keep it just in case.