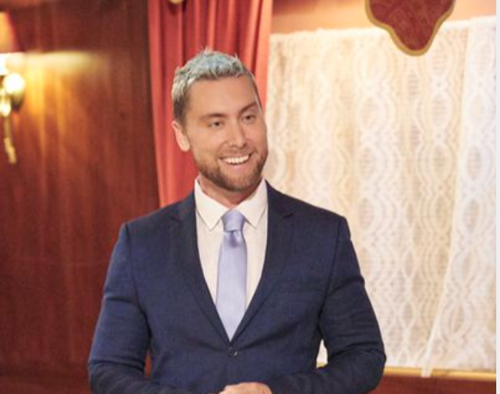 Tonight on ABC after weeks of drama, romance & more Bachelor in Paradise airs an all-new Tuesday, August 31, 2021, episode and we have your Bachelor in Paradise recap below.  On tonight’s Bachelor in Paradise Season 7 Episode 5 as per the ABC synopsis, “Watch out Paradise, there’s a storm brewing. As the women prepare to hand out their roses, nerves are getting the better of the men. But just when the future seems written, guest host Lance Bass has one more surprise up his sleeve, and it’s a big one.

For the first time, a Bachelorette has made her way to Mexico, and Becca Kufrin – rose in hand – is bringing the heat to the beach. Is that all? Not a chance. More familiar faces will make their entrances and the remaining couples will be put to the test, none more than Joe and Serena who will face their biggest challenge yet … and her name is Kendall.”

In tonight’s episode of Bachelor In Paradise, the episode begins with Tammy going down to the beach and breaking up the argument between Aaron and Thomas. Tammy takes Aaron away to the side and tells him that she wants to follow her heart. He says if she told him that she was going to straddle and make out with a guy that he hated, he would have not spent time with her – he thinks she was malicious and completely destroyed his trust, she talked to Thomas one day and sacrificed everything they had.

He calls Thomas a bitch boy and says he would be fine if he never saw her again. Aaron basically goes to the bar and gets some water, Tammy is left crying and Thomas picks up the pieces. Minutes later, Tammy is making out again with Thomas, her actions are very hurtful towards Aaron and he says they deserve each other.

Aaron hopes he doesn’t go home but he has no prospects. Chasen moves in on Deandra, he doesn’t feel 100% secure and plans a little date with her to get closer to each other. Karl still thinks he has Daandra in the bag because of the bracelet he gave her. Chasen surprises her with a very sparkly necklace – to outdo Karl’s bracelet of course. Karl then moves in to spend time with Deandra, she tells him that Chasen gave her the necklace.

She tells Karl that she cannot accept the bracelet, she would rather he give it to someone who is connected mutually with her. That was the biggest punch in the gut for Karl. All of a sudden Karl thinks things don’t add up. Ivan says Karl is a wildcard, he is pissed off and this is definitely not going to be good.

Deandra got herself in a love triangle and Karl is going to confront Chasen. Karl tells him that his gesture was just to bump himself up and get one upon him. Karl says he is low. Meanwhile, Deandra is not sure if Chasen is real, she doesn’t want to get played. Demi thinks both pieces of jewelry are hideous and feels sorry for Deaandra.

Tre goes to speak to Tahzjuan and tells her that he feels that there is a lack of a connection and he is going to go home because he wants her to be able to be free to find her person.

Lance Bass calls all the islanders together, he has news for them. Lance tells them that he has to say goodbye to them, but he has one last surprise for them and it is a big one, it is going to change everything. He invited someone to join them on their journey, and they bro

ught something that nobody has brought before. Someone who all of them know. It is The Bachelorette, Becca. She was the Bachelorette and she is there to fall in love and find her potential love story, and she has a rose. A lot of the guys are lit up, all the girls are squirming. Riley can see there is something wrong with Tahzjuan the moment Becca arrived on the beach. Tahzjuan is done with love, there are no options left and she wants to go home. That is just how her paradise cookie crumbled.

Becca sits down with Ivan, James, Karl, Aaron; all the men want time with her.

Time for the Rose Ceremony, there are a few guys that are not in relationships; Connor B., James, Aaron, Ivan, and Karl. But there are many girls that have their roses up for grabs; Deandra, Mari, Becca, and Tahzjuan. It is the second Rose Ceremony of paradise, Wills is there and says a lot of relationships were tested; Tre and Tahzjuan have both decided to leave so one rose is taken off the table.

This means three men will be going home. Natasha gives her rose to Brendan, Serena P. to Joe, Abigail to Noah, Jessenia to Chris, Tammy to Thomas, Demi to Kenny, Deandra to Ivan, and so on. It’s down to the final rose, this one belongs to Becca and she gives it to Aaron. Connor B., Chasen, and Karl are going home. Chasen is frustrated, he doesn’t know what he did wrong. Connor B. says he did everything he good, but no matter what he does it is like he is not good enough.

Demi is happy with Kenny, he has not tied up with Mari anymore and she is loving it. All of a sudden, Tia is back in paradise. The last time she was there she was dating Colton. She is back and she is excited. She is a hopeless romantic and looks forward to finding someone to connect with. Tia has a date card in hand and James says he would be super excited to be on a date with her. Kenny finds her attractive and loves her accent. Her date card says, “welcome back to paradise, there is love at the end of the rainbow.”

Right away, Ria pulls Thomas to the side to speak to him. Tammy is looking at the two with daggers. Tammy better watch out, Tia really likes Thomas. Next, she spends time with Kenny. Joe thinks Tia and Kenny are a perfect match, and he believes there is trouble brewing. Meanwhile, Demi says she is not concerned, Kenny took her to the boom boom room. Joe thinks Tia shouldn’t ask Kenny because he will aggravate Demi and she will come after her. Tia asks Kenny to go on a date, he says yes and you can see the daggers in Dembe’s eyes.

Joe laughs, Kenny already got himself in a jam and he is going to have himself in another one, Demi is not happy. Brendan is scared, he knows Demi can pop off at any moment. Abigail decides to speak to Noah, she is wondering how he feels because to her she feels like they are in the friend zone and he says, he doesn’t kiss his friends. Noah decides to pull back, he wasn’t expecting a conversation like that and he didn’t like it.

Tia and Kenny are on their date and to their surprise, it is naked volleyball. Their three opponents take off all their clothes, Tia takes off her top, Kenny gets naked. Tia says Kenny is the full package and has the full package. Kenny thinks it is a nice way to get to know each other. After the game, the two talks and Tia asks Kenny if he has been in the boom boom room with Demi, he says yes, Tia responds that Demi is going to murder her in her sleep. Meanwhile, Demi says if Tia tries to take her man she is going to burn the beach down.

Joe tells Serena that he thinks they are the strongest couple out there, especially since they’ve seen Abigail break up with Noah and they thought they were solid. Serena asks him if he would go on a date with another girl, he says no and thinks nothing could get in their way.

Kendall is back, Joe is the closest thing that she has ever come to marriage and she doesn’t know if they ever stopped having a connection, she missed him. She hopes he missed her as much and is not hooked up with another woman. Kendall walks on the beach and everyone’s minds are blown. This means trouble for Joe. James tries to introduce himself, and Kendall makes a beeline towards Joe. There is a storm brewing in paradise.