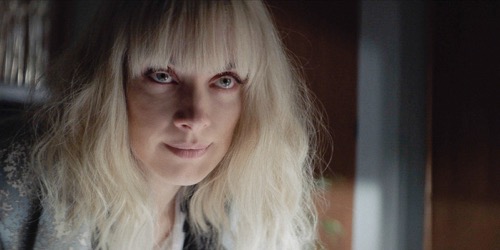 Tonight on the CW the series Batwoman airs with an all-new Sunday, April 11, 2021, season 2 episode 10 and we have your Batwoman recap below. In tonight’s episode called, “Time Off for Good Behavior” as per the CW synopsis, “As Batwoman focuses on taking down Black Mask, a new foe emerges, diverting the team’s attention to a distressing issue in Gotham; Jacob travels down a dangerous path.”

In tonight’s Batwomen episode, the episode begins with Ryan visiting Angelique, she tells to give up the people who supplied the drugs and she can get out of there. Angelique says no and leaves.

Ryan and Mary are at the community center, Mr. Spence interrupts the speaker and asks about security. Imani tells him that she is not afraid of being attack by the neighborhood, she is more afraid of losing funding and getting budget cuts. Ryan meets Imani, and finds out she will be teaching a martial arts class on the weekend, she says ok, it is the least that she can do.

All of a sudden, Black Mask walks into the community center and starts shooting a laser at everyone, Ryan yells at them to get down.

On the news, they report that the community center in Sheldon Park got barbequed by a man wielding a weapon that could only be called a lightning gun. The media has dubbed him, “killavolt,” hopefully lightning doesn’t strike twice.

Luke says a weapon like that costs more than the building is destroyed. Ryan says it is kind of weird to ask if they are worried about security just before the community center was hit. Luke checks out Horten Spence who works for the Gazette. He doesn’t work there anymore, he was fired six months ago for undisclosed reasons.

Julia gets an anonymous tip about a break-in at the farm, the property used to belong to August Cartwright. The tipster said to give the tip to a “penny dreadful.” Julia meets up with Alice, she knew who that tip was from. Alice pulls out a knife and Julia says she is not going to kill her, she is lonely with Kate gone.

Julia asks her what she is going to become now that her sister is dead. Alice tells her that she doesn’t need a playmate, she needs a partner. If she helps her, Alice promises to leave Gotham alone forever. Alice wants to find Safiyah who has the ability to erase memories.

Jacob calls Dr. Evelyn Ryan to his office and thanks her for taking time away from her practice to lend her expertise to the snake bite task force. She explains to him how the drug targets the memory. She asks him how long he has been using snake bites. He acts surprised and she says if he is not honest with her, then this is a waste of time. He says that someone injected him. He asks her how she could tell, she says she is very good at her job and he is going to need her help.

Horten is walking down an alleyway when batwoman appears. She asks him who the guy is with the lightning gun. Horten says community centers are being targeted, anything that is a refuge for kids. It wasn’t the first attack and it will not be the last. Batwoman asks him what was the motive. All of a sudden, Killavolt is there and he hits Horten, Batwoman is fine. She grabs the lightning gun from Killavolt, but he gets free when she turns around to check on Horten.

Batwoman brings Horten to Mary, he has third-degree electrical burns. She has to sedate him, the burns are bad.

Luke is look over the lightning gun and he has a partial print. Ryan asks him if he should be messing with it. All of a sudden, the gun goes on, and a slot opens. Luke runs the print, he has a match, the guy is Michael Kastrinos aka Mickey K. He gives Riley his address, cell block J where he has been locked up for the last two years.

Alice tells Julia that they make a good team, Julia says the only thing they have in common is that they both miss Kate. Alice says she wants to erase the person who caused her bad memories.

Jacob is with Evelyn, he says his biggest regret was not saving Beth, not an hour goes by that he doesn’t think about, leaving his daughter to suffer in that cell. He wished he could be the father he should have been to her all those years ago. She tells him to focus on repairing the relationship with the daughter he has left.

Ryan is back in prison, she goes to see Mickey K., he tells her that he doesn’t have to answer any of his questions. She notices a laceration where she cut him and knows it was him in the alleyway.

Ryan visits Angelique again, she asks her if she can help her with something. If there is a secret way of getting out of there. Ryan wants to know who she is protecting. Angelique says if she gives them up Black Mask will put a bullet in her next. Ryan tells her it is them against the world always, she will not let Black Mask hurt her.

We see Black Mask shoot someone because in the last week not one viable batch of snakebite was produced. A woman in a white mask tells him that Ocean and Angelique are the only two that knew the recipe.

Ryan goes to Sophie to beg her to get Angelique out.

Luke shows Mary and Ryan the video surveillance of Mickey K. in his cell. Two weeks in a row, the footage is exactly the same. They are just copying it and changing the date stamp. Someone from the prison is letting people out to target the community in exchange for early parole. Luke tells them that the person is Correctional C.E.O., Ellis O’Brien.

Roman drops by to see Jacob, he found something in one of his employee’s lockers, a snake bite. Jacob looks at it and says it is the real deal. Roman says he thought this was a kid drug and asks him to dispose of it and not let it get into the right hands. Jacob says he will take care of it.

Julia bumps into Evelyn in the hallway, she asks her what they discussed when they met last month, she doesn’t remember. Evelyn takes Julia into a room and tells her that she knows she is an enigma. Evelyn stabs her so she forgets, Julia falls to the floor.

At a shipyard, Ellis is there and batwoman shows up. She tells him that she knows what he was doing, he says she is right, but no need to get physical. All of a sudden, lights start to flash and many men come out with the lightning guns and aim at batwoman. She jumps and flies around to dodge the lightning bolt, but Ellis gets her with one. Luke saves the day, he shows up with the lightning gun that they had, he shoots the guys and saves batwoman.

We see Alice, she is in Evelyn’s office, she listens to the recording of his meeting with her where he says his greatest failure was not saving her. Alice says as much as she wants to forgive him, forgetting is easier.

Mary gives Horten some meds and tells him that she is happy that he got his job back. Jacob stops by to see Mary, she tells him that she doesn’t care what he has to say, she is opening the place back up. He tells her that he wants to help her, hire real doctors and make the place legit. She says no, for once, since Kate died, she feels useful.

Julia tells Sophie she is leaving, too many bad memories in Gotham. Sophie drops by to see Ryan and tells her that the DA is writing up Angelique’s deal, but until they can get Black Mask, she won’t be able to see her.

We see Jacob, he takes out the snake bite that Roman brought in and he injects himself. He starts hallucinating that he saved Beth.

Angelique is in a car with two policemen, she is on the phone with Ryan and thanks to her. All of a sudden, the vehicle is side-swiped and Angelique is taken. Ryan overhears the whole thing.