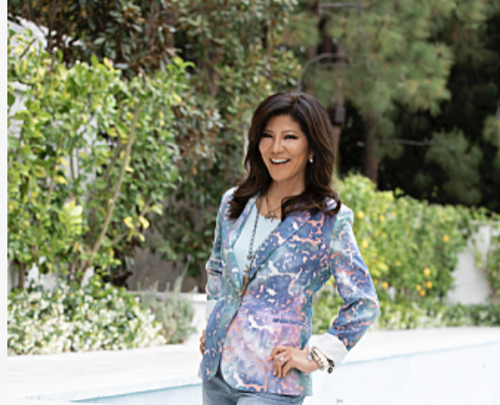 Tonight on CBS Big Brother 22 airs with an all-new Wednesday, July 11, 2021, episode and we have your Big Brother 23 recap below! On tonight’s Big Brother season 23 episode 1 “Nominations,” as per the CBS synopsis, “Tonight on Big Brother one houseguest will be the Head of Household.  Following the HoH ceremony, the new HoH will nominate two people to go on the block.”

The episode begins with Frenchie and his team so happy that they won the first competition that counts for team Joker. Kyland is thrilled that the winnings are now up to seven hundred and thousand dollars. Travis feels like he has to step up his game because he wasn’t picked, he wants everyone to know that he is not a chump. Sarah Beth is telling everyone that she is a voice actress, not a forensic chemist. Frenchie knows it is game time and is already thinking about who to put up for nomination while everyone else introduces themselves. Xavier is having a hard time with all the good-looking and especially Alyssa, she is putting operation no-mance in jeopardy – there is definitely temptation this summer. Azah tells everyone that she is from a polygamist family and has over 300 cousins. Frenchie thinks that Brent, Christian, Travis, and Xavier are meatheads and even though he told Brent and Christian they were safe, but he has his eye on them; he wants to send a meathead home.

Frenchie calls the Have Nots, he shows off their room to them. Along with a very comfortable room, they get to eat slop and have cold showers all week. Derek F. aka Big D thinks the room is atrocious and wonders how Big Brother comes up with a room like that. Frenchie goes to speak to Derek F., they make a final two deal. They look like underdogs and feel that nobody will guess that they are working together.

Frenchie is sitting with some of the women, he tells them that he is going to be a showmance killer this season. Azah loves Frenchie, she is so happy that she and he are on the same page. Frenchie makes his rounds, tells the ones he doesn’t plan on putting on the block that they are safe, this way they will owe him a favor. Being a fan of the show, he is not going to do the usual, he is going to shake things up. Tiffany really feels good about Frenchie and she sees herself working with him. Frenchie basically told all the women that they are safe, time for him to get a big meathead out of the house.

Frenchie is looking at Brent as a target, he won’t talk to him and that is a huge reason to make him a target. They finally sit down and talk, Brent tells Frenchie that he loves the way he speaks to his family, then he tells him that his father commit suicide. Frenchie is reduced to tears and hugs Brent who knows that he comes off as a jock and a tool. Brent says he didn’t go search out Frenchie because he didn’t want to come across as desperate. Frenchie completely misjudged him, so that leaves one meathead, Christian.

Time for the Wildcard Competition, everyone is called to the living room. Since the Jokers are safe, they will not be competing. Each week, the three eligible teams must choose one player to send into the competition. Only three players play in the Wildcard Competition. The players who compete can guarantee safety for him/herself but not the whole team. But earning safety each week comes with a huge Wildcard decision. Once the winner is announced, everyone will find out about that week’s Wildcard decision and how it will impact the game. Once a person plays, they can’t play again. Claire doesn’t want to play, she thinks it will kill her in the competition. Sarah Beth tells Christian that he should play, she tells him that Frenchie told her that she is safe so she doesn’t need to play.

Queens: Kyland, Kings: Christian, Aces: Couldn’t decide so they are leaving it up to fate. Their names are put into a bag and Frenchie pulls one out, Hannah.

Christian wins the first Wildcard competition. Christian has to spin a wheel to choose how many of his teammates will be safe. If he doesn’t land on three, he has to choose which teammates to save. Christian spins a one and he picks to save Xavier.

Frenchie can’t believe it, it says now that Christian is off the table you might as well put his HOH in a coffin and bury it. The only thing Frenchie can’t stand more than a meathead is a showmance and he sees Christian follow Alyssa around like a puppy dog. Frenchie is going to go after the next thing than Christian, Alyssa.

Time for the nominations. Frenchie nominates Kyland and Alyssa. Frenchie says he had a dream last night a sometimes to catch the big fish, you have to catch the small fish. Kyland thought he and Frenchie were goo, so he is concerned and the one thing that he does know, he is not going home this week. Sarah Beth is shocked, Frenchie told her that the woman were all safe. Christian says if Frenchie wants to go fishing, he is the great white shark.