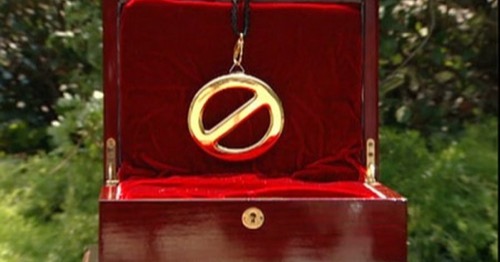 Tonight on CBS Big Brother 23 airs with an all-new Sunday, July 28, 2021, episode and we have your Big Brother 23 recap below! On tonight’s Big Brother season 23 episode 9 “PoV and PoV Ceremony,” as per the CBS synopsis, “Tonight on Big Brother it is the PoV competition and both Brent and Britini who are on the Block will be trying to win.”

In tonight’s Big Brother episode, the episode begins with the end of the nomination ceremony where Xavier nominated Brent because he is rubbing people the wrong way and Britini because she is a pawn. Britini goes to her room and breaks down crying, this is her second week in a row being on the block. Azah is upset that Britini was nominated because she offered up herself. Xavier goes to see Britini, who is still crying, he tells her that he doesn’t like that she is being put through hell.

But, on a game standpoint, this was his best move to ensure that Brent goes home. She tells him it is going to be hell. Right now all she is going to focus on is winning the Veto and taking herself off the block, she is tired of putting her trust in other people. Hannah can’t stand Brent so much so that she is willing to take out her own teammate. His team are all pretending that Britini is the target. Whitney wants Brent gone too, she is tired of his thinking that he is the hottest thing in the house. Azah is having a hard time comforting Britini because it is her alliance member that put her on the block. Azah is having a hard time going through morals, emotions and the game.

Azah tells Derek F. that it makes no sense that Britini was put up on the block as a pawn. Derek F. wants Azah to understand that the Cookout alliance is the only important thing in the game. Brent sits down with Xavier, he tells him that he has been nothing but loyal and he is not dumb, he is not pawn material. He knows that he is the target. Xavier tries to assure him that he is the pawn to ensure a sense of calm in the house for the week. Brent believes that he has the numbers to stay. Brent then goes to speak to his team, he says he thinks that Xavier thinks his body perceives his intelligence. Furthermore, Xavier may think this is a great move, Brent plans on proving to him that it is not. Brent is the target, but there is no way his team are going to let him know that.

Britini is still crying. Azah and Xavier are in the HOH room he tells her that he doesn’t want to make anyone cry. Even though Azah doesn’t agree with Xavier putting Britini on the block, she knows that she has to respect that he is doing the right thing for the Cookout and his game. Although she is still wondering what Tiffany and Derek X. were doing during the Wild Card competition. Tiffany is not going to divulge who she is working with directly with Azah because she thinks that she is an emotional player.

Tiffany tells Xavier that Azah plays the game emotionally, she is trying to have respect for her, but she can’t tell her everything. Xavier just wants to keep tensions down between the Cookout otherwise it can be doomed as an alliance as a whole.

Christian and Alyssa are alone in the HOH room, they put the covers over their head and start kissing. Alyssa asks him if this is smart, someone could walk in. Actually, Xavier walks in.

Time for the Veto competition, all the players are wearing tutus. This competition is called Room Key Rumba and the players have to bowl and hit the correct numbers that are not their room numbers, but there is a gate that pops up blocking their ball, to have it go down for fifteen seconds, they need to hold on tight on the dance floor and spin fifteen times. Brent doesn’t think he needs to win the Veto because he has the numbers to stay safe in the house. Britini is first and she chooses to play against Brent who has trouble with the spinning.

Brent’s gut is that the Veto is going to be used, but he is confident that he has enough votes and really needs the nominations to stay the same.

Time for the Veto meeting. Christian has decided not to use the POV and Brent smiles, he thinks everything is going according to plan. Britini is tired of being on the block, she just wants Brent to go home and herself to get off the block. Brent says this is going to be one of the biggest blindsides in Big Brother history when Britini goes home and not him, and Xavier thinks he is the puppeteer but he is the puppet and Brent is the puppeteer.