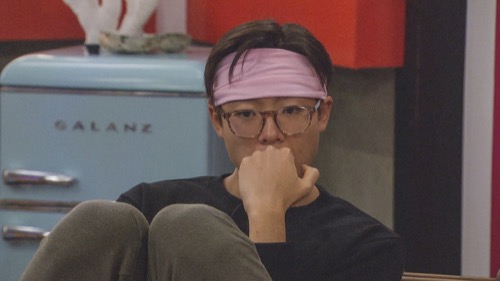 Tonight on CBS Big Brother 23 airs with an all-new Sunday, August 11, 2021, episode and we have your Big Brother 23 recap below! On tonight’s Big Brother season 23 episode 15 “PoV and Ceremony,” as per the CBS synopsis, “Tonight on Big Brother it is the PoV competition and Britini and Sarah Beth will be trying to get themselves off the block.  After the competition, the PoV ceremony will be held.”

In tonight’s Big Brother episode, the episode begins with the end of the Nomination Ceremony, Britini and Sarah Beth are nominated, but they are both pawns, Christian is the target his week. Sarah Beth is going right into survival mode, she is going to make sure that she stays in the game. Britini is frustrated, she has no idea what she did to be there, she is pissed. Derek F. consoles Britini who is crying.

Christian can’t believe that Derek X. nominated a member of his own alliance. The Kings tell Sarah Beth and tell her they are going to fight for her to stay in the house. Sarah Beth sits down with Derek X., there is an awkward silence and Sarah Beth is doing it on purpose.

Derek X. tells Xavier and Christian that Britini is his target this week, the Kings are buying it. Christian trusts Derek X. but he is still going to be cautious this week. Alyssa tells Sarah Beth that if she gets picked and wins the Veto she will take her off the block, little does she know that if she does that she would be sealing Christian’s fate. Time to pick the Veto players.

Derek X. picks Alyssa, Sarah Beth picks Claire and Britini picks Kyland. Britini is bumbed, Kyland is close to Sarah Beth and Britini knows that if he wins he will take her off the block. Derek X. is thrilled, Christian wasn’t chosen, his plan is moving along perfectly.

Time for the Veto competition, there is workout equipment in the backyard. The competition is called the Kingdom of Curl-A-Lot. There are physically strenuous exercises that the players have to participate and the person with the most reps in one minute wins.

The person who loses picks a locker, and so on and so on until the last player takes the POV. Claire is the first one out, she takes the POV, Sarah Beth wins $5000 from her locker. Kyland is out next, he is bumped, Sarah Beth was depending on him, he wins the card a tard for the whole week so he decided to take the POV.

It’s down to Alyssa, Britini, and Derek X. Derek X. is eliminated, he wins the jackass prize, so he takes the Veto because Sarah Beth begs him not to take the $5000 from her. Alyssa and Britini are in the final head-to-head round. Britini won and she loses it, she really pushed hard. Alyssa wins a new smartphone and laptop, if she is in the house in four weeks she will get a video call from home. Britini wins the only key to the locked-down toilet and will have to open it every time someone wants to use it. Britini takes the POV.

Derek X. decides to tell Alyssa that he is backdooring Christian, what a dumb move. She tells him that she and Christian are not coming after him. She picks up for Christian, tells him there is no point in him doing this right now. Alyssa is furious, she says if he does that nobody is going to trust him. Alyssa runs to Christian and tells him, he is also mad, and calls Derek X. a coward. Xavier thinks Christian serves as a shield for him in the game and if Derek X. puts him up, he will go after when he has the chance.

Derek X. gets pressured by Alyssa and Christian to put up a Joker. When they leave the room, Sarah Beth tells Derek X. to put up Christian, this is his only chance. Christian can’t believe it, this is the worst position that anyone can be in right now. Time for the Veto meeting, Christian goes to put the last comment in Derek X’s ear before he does nominations. Christian tells him that if he puts him up, he is going to piss off a lot of people on the jury.