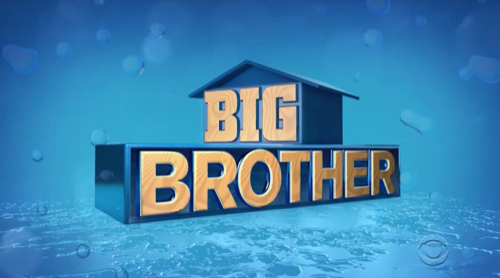 Tonight on CBS Big Brother 23 airs with an all-new Sunday, August 12, 2021, episode and we have your Big Brother 23 recap below! On tonight’s Big Brother season 23 episode 16 “Live Eviction and HoH,” as per the CBS synopsis, “Tonight on Big Brother it is a live eviction night and either Christian or Sarah Beth will be going home.  Following the live eviction, we will have another HoH competition.”

In tonight’s Big Brother episode, the episode begins with the Veto meeting, Britini has the power to veto one of the nominations and she uses it to save herself. Derek X. has to name a replacement nominee, he goes ahead with his plan, he nominates Christian. Derek X. tells Christian that it is no secret in the house that he is a large competitive threat to the house.

Christian says that Derek X. is a coward, he only needs five votes this week and believes he has them, so he is not worried. Derek X. thinks this is the best move for the house. Meanwhile, Sarah Beth just plans on laying low, she thinks she will be good. Derek F. joins Christian and Alyssa in the bathroom, he hugs Christian and tells him that he’s got them. Alyssa tells Derek F. that it wouldn’t be smart to go against Christian.

Christian goes to speak to Derek X. and tells him that it has to be Sarah Beth that goes home, she is selfish, she took the five grand and didn’t even fight for the Veto. Christian tells him that it is in his best interest if he stays and they can knock everyone else out of the house together.

Tiffany tells Christian that she is surprised that Sarah Beth is very relaxed today. She says she knows he is not coming after her, but she has to find out where the house is. Christian tells her that she and Claire are the house because they are the swing votes. He tells her that he is her shield and he will be protecting her. She tells him that she has a lot to think about. They hug each other and say they love one another.

Tiffany then speaks to Azah and Britini, she says that Christian thinks she is the swing vote and she is not. Britini personally likes Christian more than she likes Sarah Beth, she doesn’t know where her vote is going yet.

Tiffany goes to see Christian, she tells him that he needs three more votes and not one of the jokers, regardless of what they are saying, are not voting for him to stay. She says she is not the swing vote, she is not lying to him. She says Derek F. and Britini are flip-floppers. The more Tiffany thinks about it, the more she thinks that Christian is better than Sarah Beth for her game.

Tiffany has a meltdown in front of Xavier and Hannah about Derek F. acting like Britini’s bodyguard, Tiffany leaves the room, and Hannah and Xavier give each other a look and agree they had one job, keep the six together as an alliance and it’s breaking.

Christian is with Julie, he tells her that he wants a relationship with Alyssa outside the house. He says he had the numbers against him because he won so many competitions, he feels like he didn’t stand a chance. Christian says he should have taken a shot like this last week when he was HOH. He says he didn’t come for the money, he came to play and make good friends.

Julie reveals the next big twist of the summer, she tells the houseguests that they are all on the jury at this point. She says this is a summer of high risks and high rewards, soon a new room will open, the high rollers room. Inside are three unique BB casino games and three game-changing powers. All they need is skill, luck, and BB bucks. In the next three weeks, America will vote to give them BB bucks. Each week the three people with the most votes will win BB bucks. The better the power, the more it costs to play. And, they can choose not to play and bank the BB bucks for a high power later in the game.