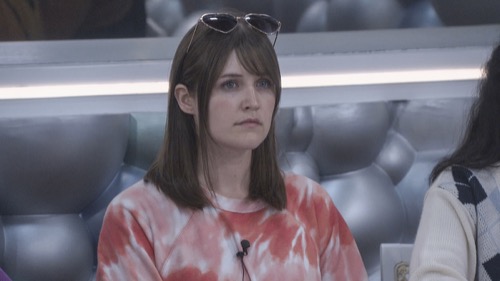 Tonight on CBS Big Brother 23 airs with an all-new Sunday, August 22, 2021, episode and we have your Big Brother 23 recap below! On tonight’s Big Brother season 23 episode 20 “Nominations,” as per the CBS synopsis, “Tonight on Big Brother we will find out who the new Head of Household Sarah Beth nominates to go on the block.”

In tonight’s Big Brother episode, the episode begins with the Cookout members not being happy about Sarah Beth winning the HOH. Kyland’s priority is to keep the Cookout safe, so it is going to be a tough week making sure Sarah Beth doesn’t target any of his alliance that she is not in. Meanwhile, Azah is having a hard time with Britini being gone, she was hoping to go to the final two with her.

Tiffany thinks she is going on the block this week, she can’t believe that Sarah Beth won, it is the worst-case scenario for her game. Xavier feels pretty confident with Sarah Beth being HOH but he still feels less than great because he has the Cookout to think about. Derek X. feels very lukewarm about Sarah Beth being HOH since he put her up when he was HOH.

Derek F. goes to speak to Tiffany, he wants to make sure they are good. They get into a disagreement about a conversation that they had a week ago, she tells him that it was confrontational and an ambush. He tells her it is her tone that it is the problem. She tells him that they are not cut from the same cloth, they are different and he was very disrespectful. Derek F. apologizes, he does what he has to do to keep his alliance intact for now.

Sarah Beth wants to use her HOH to get out two powers this week, but she knows that she still has to be cautious because the house could come after her next week. Alyssa wants to play in Chopping Block Roulette to guarantee her safety, Sarah Beth thinks she is going to play it to help her game. Sarah Beth then goes to speak to Derek F. and Derek X. the same thing.

Tiffany tells Claire that she is worried that all the guys are going to run with the guys in the house. Derek X. is paranoid, there is no way they have made it this far in the house and there are no alliances. Azah tells Derek F. that she is afraid that if she is put on the block next to a Cookout member, she will go home.

Sarah Beth tells Kyland that she wants to get rid of someone that is a threat to her, he tells her that she should put Derek X. on the block, she thinks that is terrible. Her first priority is to get a target out, her second priority is to get a power user. She is thinking of using two pawns and only putting up her target once the Veto and power are played.

Time for the Veto meeting, Sarah Beth has nominated Derek F. and Claire for eviction. She says she nominated them because it is a complicated week. Tiffany is not ready to let Claire go this week and she has no BB bucks to save her. All the houseguests are worried about their game, they have no idea who Sarah Beth’s target is and think she is going to back door someone.

Kyland gets 50 but doesn’t have enough to play. Derk F. gets 100 BB bucks, he decides not to play, he feels comfortable with his alliance with the Cookout that he won’t go home. Derek X. gets 100 BB bucks, he is so happy and has a huge decision to make – he chooses not to play this week. In the end, Alyssa wins Chopping Block Roulette. Sarah Beth tells Alyssa that she has to decide who she wants to take off the block, she chooses Derek F. Alyssa spins the roulette and it lands on Xavier’s name, he is the replacement nominee.