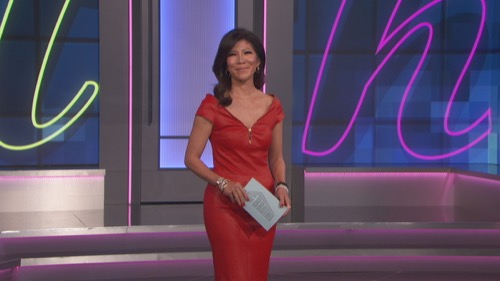 Tonight’s episode begins with Xavier saying that when he came into this game, he knew he would be a target because of his athletic build, so he said he was a bartender. He feels like if he didn’t conceal his identity he thinks that he would have become a huge target. There were a lot of lovely ladies in the house, but he refused to have a showmance distract his game. He had several alliances but the most important was the Cookout. He would say he was definitely the glue that kept the Cookout together. In week three he won his first HOH competition because he wanted to show everyone that they could trust him when he was in power. Things haven’t always gone his way this summer, in the chopping block roulette, he was put on the block, and three more times after that. He hated sending Alyssa home, she was an ally of his and a good friend. He has his final two with Big D., then Kyland offered him a final two. With all the deals in place, it was time for him to get rid of his biggest threat Tiffany. And since Hannah was her right hand, she had to go next. His two final twos were in the final four. He won an important HOH and Veto at the end of the game, and Kyland had to go. At this stage in the game, losing is not an option. He made a promise to his brother who passed away the week before he entered the house, and he doesn’t plan on breaking it.

Azah is the last woman standing, but her path to the end wasn’t always amazing. When she came into the house she was prepared to be a competition beast, but she realized, it wasn’t as easy as she thought. She played an under-the-radar strategy instead. Being in the Cookout was good for her game because many of the members of her alliance made themselves bigger targets. She was keeping a low profile and developing genuine Big Brother relationships. She knows it is going to pay off because everyone is going to vote for their best friend Azah. Part of her game was being honest with people. Nobody could ever call her a snake, everyone knew where she stood. When they got to the final six, because she was keeping a low profile, she wasn’t a target. She played an honest game until she lied to Hannah. But targeting her was what she had to do to get to the end of the game. She didn’t even see the block until the final four. She can visualize herself winning. She says David beat Goliath and she is going to beat Big D. and Xavier.

Big D. feels like he dominated the game. On day one he knew he was going to tear the house up. He wanted to represent being black, gay, and a big guy. He knew he wasn’t going to be a competition beast so he worked on his social game. Nobody wants to get rid of the guy who is making them have a fun time. He used his charm and personality to work on his game. He made a final two deals with Frenchie and Xavier from the beginning. Then, another final two with Kyland. He thought they were all sexy and big competitors, he wanted them on his side. The best relationship this season was with Azah, he considers her his best friend. He didn’t win the most competitions, but he didn’t need to win any because he was always close with anyone who won the HOH. His goal coming into the house was to be the first black winner of Big Brother so he formed the Cookout. His role in the Cookout is that he put the alliance together. The Cookout ran the house this season without anyone catching on. But it wasn’t always smooth sailing, he had issues working with Tiffany and came to the point that he almost abandoned the alliance altogether because of her. His hardest and biggest move was to evict Kyland. He thinks he deserves to win more than anyone else in the game. He is not just fighting for himself, he is fighting for his mother, she is all he has.

It is now time for the thee part final HOH competition. Part one is called Bouncy Boat Bash. It is simple, they are sitting on a boat and have to hold on for dear life. They will be bounced up and down, right to left. Whoever wins can skip right to part three. All of a sudden, starfish are thrown at them. Then flying blow-up sharks and lots of rain. The boat is extremely slippery, one false move, and one of them is going down. Now flying dish and one hits Big D. on the head, he falls off. Azah feels herself slipping, she adjusts herself and falls off. Xander wins, he feels good about his odds to win this game. Azah is confident that she can beat Big D., she has done it before.

So far everything is going according to plan for Xavier. Big D. lost the comp but he doesn’t care. Now his true plan is to beat Azah in part two. Xavier says he is going to show Kyland what kind of role model he is for his nephew. Azah is nervous that she won’t win, Big D. tells her that he is not good at comps so she will be fine, he is just playing her, he really wants to win.