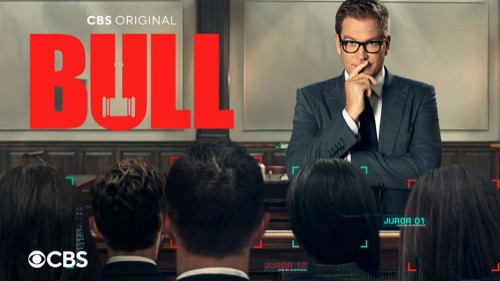 Tonight on CBS their drama Bull inspired by Dr. Phil McGraw airs with an all-new October 7, 2021, premiere episode and we have your Bull recap below.  On tonight’s Bull season 6 episode 1 called, “Gone,” as per the CBS synopsis, “Bull and the TAC team must call upon all their collective experience to locate Bull’s kidnapped daughter, and the abductor warns them not to go to the police. As Bull works to build the most important psych profile of his life, he begins to suspect the captor is someone connected to his past.”

Tonight’s episode begins with some things that have returned to normal. The team was back doing what they do best and that was representing clients and bluffing when it counts. They celebrated their latest victory with drinks. The only one who wasn’t there was Benny. Benny met someone online. They fell in love and he moved to Italy to be with her. Benny moved to Italy to be with a woman he had only known for a month. It was crazy. It was unlike him and yet everyone wished him luck. The team still had Chunk as their in-house lawyer and he was doing his job amazingly. He and the others had all had fun when they went for drinks and Bull and Isabel were in such great moods when they went back home that didn’t notice at first that their babysitter didn’t come out to greet them. It wasn’t until they checked on the baby that saw their babysitter tied up.

The poor woman was otherwise unharmed. She said that a man came in with a gun and that he took Astrid. Bull’s daughter was kidnapped. The kidnapper later called to demand a million dollars in ransom and Bull agreed to do it. He would have agreed to anything if it meant getting his daughter back. It’s also why he didn’t call the cops. The kidnapper said no cops or they would kill the baby. Bull told Isabel that they couldn’t bring in the police and so they relied on something better. They contacted Bull’s team. Marissa secured the money for them. Danny got security footage from the building. Chunk questioned the babysitter. The babysitter said the guy who kidnapped the toddler was the food delivery man.

The babysitter had ordered takeout. She always orders takeout whenever she babysits because the Bulls agree to pay for it and so whoever took the baby was monitoring the babysitter. They knew her movements. They knew she would order takeout. The babysitter was questioned every way and she said the last thing the kidnapper said was “tell Dr. Jason to answer my call”. Bull thinks that means something. Bull said there were plenty of wealthier families in the city and so why him? why his family? Bull thought whoever took his daughter had done so because of a history with himself and the kidnapper’s last words seemed to imply that as well. Bull also noticed that person said “Dr. Jason”. Bull used to be called that when he worked at a juvenile clinic before starting up TAC.

This was unfortunate because this also means that whoever took Astrid was disturbed. Bull dealt with some troubled kids back in the day and any of them could have become involved in this kidnapping. Bull went down the list as they waited for the kidnapper to contact them. In the meantime, they learned that they were dealing with two kidnappers. One of them took the baby and the other was driving the getaway car. The security footage that Danny found proved that. The whole team was working together to get the baby back and their best bet was to do as the kidnappers demanded. The kidnappers later called. The bull was ready and he followed the kidnapper’s instructions while Danny followed him and a tracker monitored him.

No one knew that the kidnapper would be smart enough to have him take off all his clothes. Or that they would demand he leave his old cell phone behind and so Bull used his final words to warn his old friends. He figured who had taken his daughter. It was Cheryl Werth. She was the mother of a bullied teenager and she brought him to the clinic because she thought he was developing revenge fantasies. Bull had to report the teenager once he mentioned he bought a knife. He called the cops and Simon pulled the knife on them and so he was arrested. He was sent to prison where he later died. He died a few months ago during the heatwave. His death set off his mother and all of her social media was a shrine to him.

Cheryl had another son. His name is Tristan and he matches the description of the man who took Astrid. Bull figured this out immediately. He passed on some key phrases and that warned the team. They found out about Cheryl Werth. They realized that in her grief, she had crossed a line. Cheryl now wants revenge. She didn’t want to give Bull back his daughter. She wanted him to know what it’s like to lose a child and so Tristan spoke up. He didn’t want to kill a child. He tried to convince his mother that the money was enough and she didn’t want it. She told her son to take the money and leave. Bull told Tristan to take Astrid. He asked Tristan to drop off Astrid at a firehouse with a note that said “Isabella Colon”. And this would be enough for the authorities.

It was. Tristan got Astrid to the authorities and she was later returned to her mother safe. His mother on the other hand had wanted to kill Bull and she was about to when Danny came rushing in. Danny found Cheryl with the team’s help but she didn’t save Bull. Bull saved himself. He managed to talk Cheryl down and she dropped her gun. The police were later called. The team had to answer a lot of questions only that didn’t matter now that everyone was safe.