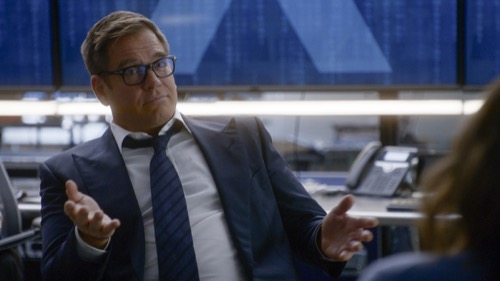 Tonight on CBS their drama Bull inspired by Dr. Phil McGraw airs with an all-new February 8, 2021, episode and we have your Bull recap below.  On tonight’s Bull season 5 episode 8 called, “Cloak and Beaker,” as per the CBS synopsis, “Bullheads to federal court for a client accused of stealing his own scientific research from the company he works for, a corporation he says buried his ground-breaking work because selling medication is more profitable than curing diseases.

The team was representing Dr. Edwin Pruitt following the man’s arrest. He was arrested because he broke into a place called Bressadyne Labs hours after being fired from the company and he stole sensitive genetic materials. However, Pruitt was a legend in the field of Parkinson’s Disease. He has done more research on the disease than anyone else and it didn’t make sense why a man like him would break into his former lab.

Bull and Benny later visited Pruitt at the prison and he explained his actions. He told them that he had to break in because Bressadyne Labs stole all his research. He technically signed over everything he ever worked on to them and so that meant it was their property. They legally own it.

Pruitt could sue them to get his intellectual property back. It would take time and money and it could be years before it was resolved. It was the last part that made Pruitt feel he had to steal his research back. He apparently found a path to a cure to Parkinson’s and Bressadyne Labs didn’t want to pursue it because they make more money off of sick people than they do if they heal them.
Pruitt didn’t like that. He tried to find other labs that could take him and his research. Bressadyne Labs found out he was looking around. They fired him and they forced him to leave behind all of his life’s work. Parkinson’s Disease was Pruitt’s whole life because his grandfather had it and he has all the markers of possibly getting it himself.

Pruitt couldn’t let his research die. Not for all the money in the world and so he stole his research. He tried to take it out of the country to the one country that agreed to let him use their labs. He tried to go to the UAE. He was caught before he could board the plane and now he was being tried as a traitor to the United States of America. The AUSA was making a case that he was carrying around a dangerous disease.

It turns out a big part of Pruitt’s research is the fact that Parkinson’s could be treated by a deadly virus that would attack the brain and so everyone was worried about the carrier virus. The one that would take the cure to the delivery point. This virus could be stolen and it could be used in bioterrorism.

Benny later argued in the court that Pruitt didn’t have such ulterior motives. Pruitt was traveling to the UAE which is an allied country to the US and they’ve been allies for decades. Pruitt also wasn’t moving his research to make money. A cure is cheaper than treatment and so really all the prosecution has was scare tactics. They claimed that anyone that Pruitt brought onto the project could potentially sell it to enemies. They even implied that Russia could get their hands on it and that bioterrorism would naturally be the next step. There was no real evidence to imply Pruitt was a bad guy or that meant any harm. His former workplace also didn’t hand over everything connected to his research.

Taylor realized this. She said that a big company like Bressadyne Labs would do a monthly financial report on Parkinson’s Disease and so why hasn’t that information been handed over yet. Taylor thought the company was hiding something. She hacked into them to try and find it and unfortunately their defense system kicked Taylor out. It also targeted Taylor’s computers. Taylor wasn’t able to collect the information and so Benny used the lack of information in their case. He put someone from Bressadyne Labs on the stand. He questioned him why Pruitt was really fired and why there was no financial report. And he was told that they couldn’t do a report because of layoffs and he also claimed that Pruitt left the freezer door open when he broke in which destroyed several other vials.

Pruitt has been dealing with lab samples all his adult lift. He would never leave a freezer door open and he defended himself on the stand. He also asked where was this video of him supposedly leaving the door open. Pruitt was doing well on the stand until the prosecutor questioned him. He was asked why he chose a lab in the Middle East with a connection to Russia and it turns out the lab there offered him the most money.

This made Pruitt look bad. He’s claimed this whole time that he was dedicated to finding a cure and nothing else. Now, it looks like he was out for the biggest paycheck. There was nothing Benny could do that would repair the damage done to Pruitt’s reputation and so Taylor tried to find another way to get them information. She got a snapshot of Bressadyne Labs files and they had given them one file they were hiding.

There was just one big difference. The file they were given was half of the size it should have been and so the team found someone that sat in on that meeting. They found the woman who recorded the information. They had her testify and she claimed the board of directors discussed Pruitt’s research. They also determined that they would be better if there wasn’t a cure for Parkinson’s.

The government was so upset about this that they dropped the charges against Pruitt and they were going after Bressadyne now. The whole world now believe that Bressadyne was sitting on a cure. Pruitt wanted his research back and so Bull made him a promise. He said Bressadyne will hand over the information because now they have to. They had to give Pruitt his research back and they were hoping that if a cure was found that it would repair their reputation.

And so Bull had full faith that Bressadyne would be forced into doing the right thing.