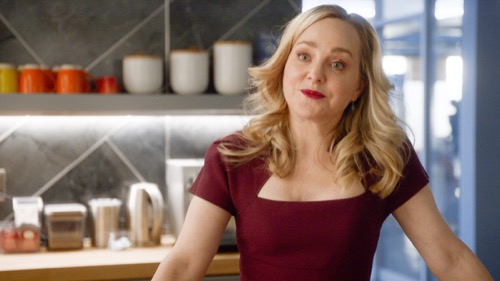 Tonight on CBS their drama Bull inspired by Dr. Phil McGraw airs with an all-new May 3, 2021, episode and we have your Bull recap below.  On tonight’s Bull season 5 episode 14 called, “Under the Influence,” as per the CBS synopsis, “Chunk does his daughter a favor and convinces Bull to represent a teenager who is on trial for robbery and refuses to name his accomplice;

Chunk is suspicious of Anna’s boyfriend; Taylor struggles when the trial has her working around the clock.”

In tonight’s Bull episode, Chunk’s daughter reached out to him. She hasn’t had time for him for the past five weeks and then suddenly she reached out. Chunk knew to be suspicious. He became especially concerned once his daughter Anna bought him some expensive coffee because he knew her favor must be huge and it was. His daughter had two things to tell him. She has a new boyfriend and her boyfriend needs a lawyer.

The lawyer wasn’t for him. It wasn’t for one of his students. Anna’s boyfriend is older than her and he’s wealthy. He’s willing to pay anything as long as Chunk will represent his student, Callum Hartwell. The young boy is fourteen. He’s a talented writer and a great student whose never been in trouble with the law before. But Callum was being charged with first-degree robbery as well as grand larceny. He was stopped during the robbery of a car.

The prosecutor is willing to move his case to family court if Callum gives up his partner. He was working with someone else the night he and his friend stole a car and his friend made off with the car. Callum got left behind. The car owner had stopped him and the two had gotten into a fight. Callum had even used the weapon he used to break into the car on the car owner and so that made the charges against him more serious.

Callum also doesn’t want to reveal his partner. Everyone believes he was working with an adult because how else will a barely teenage boy will be able to move a high-end car and so it’s the adult the authorities wanted. Callum just had to name him and he refused. Callum refuses to help his own case.

It didn’t help that Callum wrote out a list in one of his notebooks. He titled the list “things to use to break into a car” and there was another list of things he could say to hijack a car. Callum claims those things were for a story he was writing. It is his claim that he tried to steal the car believing no one was inside and the owner surprised him however no one is going to believe that story now. Those lists really sunk him.

Chunk wanted Callum to give up his partner because that was the only way to save him now and he still refuses to do so. Not even his teacher could get him to reveal the truth. His teacher, Brooks, had talked to Chunk about it, and, other than being Chunk’s daughter’s boyfriend, he was also the client. He was the one paying the bills.

Chunk was therefore thrown when Brooks suggested committing perjury. Brooks wanted to on the stand and he was going to claim that Callum wrote those lists for a writing assignment. Except Chunk knew that wasn’t true. He’s been in contact with Callum and Callum would have said if he was writing those things for an assignment. He wasn’t. He was writing for himself and that made Chunk’s job harder.

Chunk shot down Brooks’s idea. He also became suspicious of him and so he later asked Taylor to look into Brooks for him. Taylor thought he was just doing it because Brooks was dating his daughter and he’s a little older than Anna when the truth is Chunk got a read of the guy.

Chunk didn’t let his suspicions stop him from representing Callum as best as possible. He showed in court that Callum hadn’t attacked the car owner as much as the guy was claiming and that revealed the guy was drunk during the fight. He had gotten drunk because his wife had just left him. It’s why he was out of sorts that day and so he admits he could be wrong about Callum attacking him with a hammer. This was the first victory in the trial for them. The second victory was Vanessa. Vanessa was the name listed in all of Callum’s notebooks and it was clear he has a crush on her. Callum hadn’t wanted to mention Vanessa while they were talking about character witnesses but that was okay because Vanessa could just be a great witness.

Dani went looking for Vanessa. She found three in Callum’s class and the third and final one happens to live with a surly big brother. The brother did his best to shoo off Dani, but not before she saw the kennel t-shirt he was wearing. Dani believes the brother could be the adult using these kids to steal cars.

However, another great suspect was Brooks. Taylor found there was no way why someone like him with jobs like him had somehow managed to cash just under ten thousand dollars every few weeks. There was even a reason why he deposits less than ten grand every time. Ten grand is the benchmark in which the bank notifies the IRS. Chunk thought Brooks must be dirty, but he later learned the truth. Brooks wasn’t dirty. He was receiving royalty checks on buildings he worked on for free back when he was a kid.

Brooks had been like Callum. He got in trouble with the law and someone saw some good in him. Brooks was just trying to do that for Callum now. He told him his story and Callum revealed Vanessa was his partner that night. She had been forced to steal cars from her brother. He would house family pets with the family away and so he knew when the house would be empty. Callum agreed to tell the authorities everything if Vanessa could get a deal too. The prosecutor agreed to do this and so Vanessa is now safe while her brother is looking at real-time. And Chunk actually now likes Brooks. He thinks Brooks is a good man and he’s happy he’s with his daughter.

Only there was an issue with Taylor. She just started to like her son’s father’s new girlfriend just to have her ex kiss her and now she’s so confused about what she wants because she kissed him back.