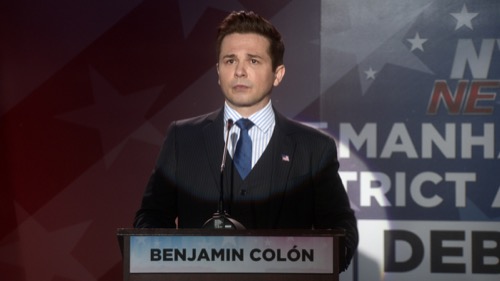 Tonight on CBS their drama Bull inspired by Dr. Phil McGraw airs with an all-new May 10, 2021, episode and we have your Bull recap below.  On tonight’s Bull season 5 episode 15 called, “Snatchback,” as per the CBS synopsis, “Bull aims to win over a federal jury without the use of hard evidence when TAC represents Hank Alston (Gino Anthony Pesi), a child recovery agent charged with fraud for not having documented proof of his covert work.

Also, Izzy wants Benny to consider hitting back at his opponent in the District Attorney race when the other candidate engages in mudslinging before an important debate.”

In tonight’s Bull episode, Hank Alston is a child recovery agent. This means he rescues kidnapped children who were taken in custodial disputes and that’s what he was trying to do with a little girl named Irina. Irina was taken by her father. Her father kidnapped her from her mother and he took her overseas where the United States didn’t have an agreement. However, something went wrong in the rescue attempt.

Irina’s father found them before he put the child on a plane and so Hank was forced to return her. Hank’s face was seen. He knew he could risk another attempt at getting to Irina and that’s when he returned to the United States by himself. He reported what happened to Heather Shaughnessy. She was the mother. She was also very upset. She paid two hundred thousand dollars to get her daughter back and now she’s lost both the money and her child.

Heather was so upset by this outcome that she reported Hank for fraud. She believed he used her for the money and that he never planned on rescuing her daughter. Which wasn’t true. Hank did everything he could and he used that money on expenses. He’s had to pay people off. He’s had to book private planes to Moscow. The money was used on necessary items and he has nothing to give back. Hank was now fighting fraud charges.

He was friends with Danny and she suggested him to TAC. Hank was going to need all the help he could get. He couldn’t rely on former customers because once he recovers a child – he tells the parent to start over. They change their names. They leave their jobs. They even abandoned their families.

The parents have to start over to escape any repercussions of getting their child back. Heather didn’t get this chance because she didn’t get Irina back and now she’s furious. She’s accused Hank of fraud. The feds are pressing charges because this is the only thing they can charge Hank with and so the first thing they did was put Heather on the stand.

Heather testified about what happened. She took out a second mortgage and she lost her house because she put together money she didn’t have to rescue a daughter she’s never going to see again. To make things worse, Heather received a call from Moscow. It was from a doctor and the doctor claims that her daughter is sick. The doctor asked for vaccination records and those were at her house.

Heather lost her house. She cannot reenter because the bank now owns it and she doesn’t have enough money to fly to Moscow to be with her daughter. Heather blames Hank for her current position. She blames him for everything and even the judge siding with Chunk didn’t change the fact she won brownie points with the jury.

Thankfully, Chunk was able to turn things around. He proved that Hank was meeting with people in the same syndicate as Irina’s father and that there were no other disgruntled clients. If he really was guilty of fraud, there would be a whole list full of people who were willing to complain about it, and yet there were none. There was just Heather. Hank also went on the stand and he discussed the particulars of the case with everyone and he proved that he did get to know Irina as he was following the little girl.

It sounds odd when it’s said like that. Only Hank did try to rescue her and the plan failed. He wasn’t the first person to fail at a job. He and his lawyer didn’t believe he was guilty but unfortunately, there was a video of Hank speaking about his job. Hank was drunk at the time. He bragged about desperate being gullible.

He also bragged about spending their money. Hank was a different person when he drank and that’s something he admitted to Bull when they first met. Chunk also argued that the might have been a good reason why Hank spoke about that day as he did. He asked Hank about it while Hank was on the stand. Hank said he believes the video to be a deep fake and he said that millions of dollars are on the line doing the jobs he does. And so he suggested the competitor was trying to set him up.

Chunk then asked the prosecution who gave him the video. He said it was from a competitor of Hank’s and so the judge told the prosecutor to either put this competitor on the stand or dismiss the video from evidence. The lawyer chose to dismiss the video. He apologized to the court and that was a win for Hank. Chunk was doing great as a lawyer while Benny was running for District Attorney. Benny was running against a man who was a bully and a liar.

He claimed Benny only cared about money and that’s why he went into the private sector. Benny was turned into a meme. People were making fun of him for being “all about the Benjamin’s” and so that pushed Benny into fighting dirty. He was tired of being the good guy who was losing. He gave his sister the go-ahead to do what she had to do to help him win.

They were doing that while Danny found someone they could put on the stand. It wasn’t a satisfied customer. It was actually an angry father looking to re-kidnap his children and he was prepared to tell the jury all about how Hank “stole” his children. Hank technically rescued them from him after Beto Fontes lost custody in court and he kidnapped them and brought them to Brazil against their will. Hank rescued them.

Beto saw him leaving with his children and was unable to stop him. He said so in court. The jury heard him and they found Hank not guilty. Hank was so pleased that he said he was going to shave all his hair and try to rescue Irina again. And that’s exactly what he told Heather later on, and she hugged him she was so happy.

Benny’s situation took a great turn. The man he was running against had decided to drop out of the race rather than let everyone know he was a District Attorney with an alcohol problem and so that cleared the field for Benny.