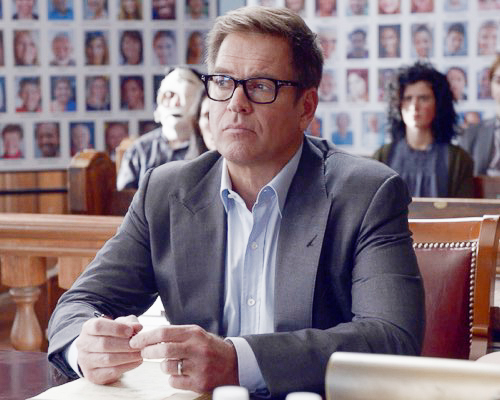 Tonight on CBS their drama Bull inspired by Dr. Phil McGraw airs with an all-new October 21, 2021, premiere episode and we have your Bull recap below. On tonight’s Bull season 6 episode 3 called, “Bull Undone,” as per the CBS synopsis, “Bull contends with a biased jury pool when TAC represents a man charged with his high school girlfriend’s murder after a docuseries depicts him as the prime suspect in the decades-old homicide.”

In tonight’s Bull recap there was a show call “When Rich Boys Kill”. It was a docu-series. It was all about when rich boys kill. Someone came forward with a new tip after watching the episode involving the disappearance of a young girl named Sarah Norris and the tip led the police to finding Sarah’s body. Sarah disappeared after a night out with her boyfriend Jackson Martin. It was a high school party and she had dumped him quite publicly at the party.

Jackson has always said he left the party after that. He claims he left the party before Sarah did and that he went to Hamptons to hang out with his brother. His brother supposedly cheered him up following the breakup. Jackson has always stated that he didn’t know Sarah was missing until the morning after the party. He said his father informed that Sarah never made it home and her mother filed a missing persons report.

Jackson claims his innocence. He also wanted to hire Bull and Bull’s team to defend him. Bull was still recovering from his daughter’s kidnapping. This case was going to be hard for him because it was about a missing girl being found dead and to make matters worse he needed to step away when he first met Jackson because Jackson’s ringtone was the same as his daughter’s kidnapper.

But in those few moments he got to speak with Jackson before the phone went off, he realized that Jackson was innocent. He still talks about Sarah as if she was missing. He hasn’t come to grips with her death and that wouldn’t be case if he had actually killed her. And so Bull said he had to defend Jackson because Jackson is innocent.

There was just one issue with defending Jackson. Its that everyone has already formed an opinion about the case based on the tv show and so people were believing the show. They believe he was guilty. Bull tried to fight it in the media. He took issue with Vanessa Voss the creator of the show.

He said her main goal is ratings and that she doesn’t care about justice while he does. Its why Jackson was involved in two cases. He was being tried for murder and he was suing Voss for defamation. His defamation suit meant the show turned over all of their footage for his episode and Bull’s team found something. They found out that Voss had coached some of the alleged witnesses. There was one guy who claims that Jackson got physical with Sarah at school.

There was an actual footage showing this guy never remembered this alleged encounter until he was coached. This seemed to do Jackson’s defense some good and the jury was swinging in his favor. Then things hit a snag. A police officer investigating Sarah’s case had been put on the stand and he said that he had been told to drop the case by his lieutenant. The same lieutenant that went on an expensive vacation the next that everyone knew he couldn’t afford and that they stayed at a four star hotel that wasn’t a time share. It had been clear that Jackson’s father bribed the lieutenant. This turned the jury against Jackson. It also turned Sarah’s mother against Jackson. Jackson hadn’t known that his father bribed someone. He didn’t know and now it was being used against him.

The media also wasn’t helping. People followed Jackson and shouted at him. someone even tried punching him, but Jackson defended himself by punching back and the news ran with his punch and not the other guy’s. Bull assigned Danny to watching Jackson. He needed someone to help keep the media and angry public off of his client. Danny agreed to it. She didn’t like it. She was one of the many people who thought Jackson was guilty and so Bull had to talk her into the job. Only it’s a good thing she took it. She saw inside of Jackson’s apartment and she saw that he tore his rotator cuff in the weeks before Sarah’s death. There is no way with that fresh injury he would be able to carry Sarah’s body miles or dig a grave for her.

This in turn made Bull question the brother. Bull began suspecting that it was Jackson’s brother Billy who killed Sarah and so he reached out to Voss. Voss asked Billy for an interview. To get his side of the story and Billy agreed to it. Billy was questioned about that night. He panicked when confronted with his lies and confessed to Bull that he killed Sarah. He tried to kiss her. She pushed him away and they struggled before she hit her head. He tried to stop the bleeding with her sweatshirt. It didn’t work and so he called his father. He told his father everything. They agreed to bury the girl on the father’s work site and no one would have said a word if it hadn’t been for the show. Bull was wearing a wire. He got the confession on tape and Billy couldn’t do anything against it because Bull wasn’t a lawyer. And he was hired to defend Jackson, not Billy.

Jackson had been told about his brother. He thanked Bull for getting to the truth and he said his goodbye to Danny. He and Danny had grown close while she acted as his bodyguard. It was Danny that told him that now he gets to tell his story instead of having everyone else tell it.