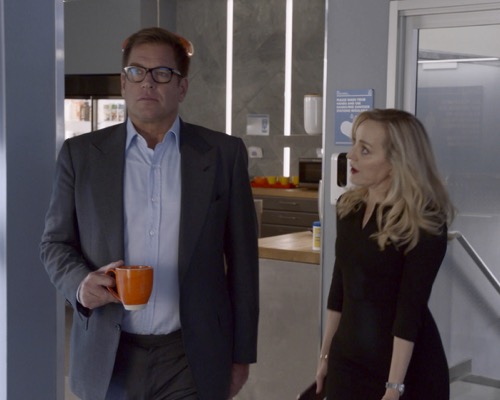 Tonight on CBS their drama Bull inspired by Dr. Phil McGraw airs with an all-new October 28, 2021, episode and we have your Bull recap below. On tonight’s Bull season 6 episode 4 called, “Uneasy Lies The Crown,” as per the CBS synopsis, “Bull faces uncertainty in court, when TAC handles a class action suit against a vaping company selling malfunctioning devices, and the trial outcome hinges on just one juror. Also, Marissa takes the initiative when Bull ignores TAC’s growing financial difficulties.”

Tonight’s episode begins with Bull’s team being part of a lawsuit against a vaping company. It was the biggest case they had ever seen. They were also hemorrhaging money because of it and there was no end in sight. The vaping company called Smokestack had tried to settle. They offered pitiful amounts and Bull turned it down. He also reassured members of the class lawsuit that he could guarantee them money. But it’s been months now and they wanted out. They wanted payments. Some of them had needed reconstruction surgery after their Smokestack vape pen blew upon them. There had even been one fatality and so Bull had reassured the members of the class action that he could get them justice. He just didn’t know. The vaping company didn’t want to give out settlements that Bull would agree to and hiring paralegals, as well as medical experts, had cost him two million dollars.

There were a hundred and forty-seven members of the class action. Not everyone was going to agree and not everyone liked Bull’s tactics. Lawsuits are expensive. Bull only makes money if he wins and winning depends on the jury. The vaping company just has to win over one juror to hang it all. This could use this tactic for years and so Bull couldn’t be tied in this and Marissa was there to say it. Marissa found out their contingency was only five percent. They get five percent of the winnings and it only kicks in if it was more than fifty million dollars. It’s why Bull has been turning down Smokestack’s offers. He couldn’t accept nine million if he wasn’t going to get a cut. His company was heavily debt and Bull had been ignoring it.

Bull was forced to confront the sad truth after Marissa took him to task one too many times. He looked at their spread and he saw for himself that they were heavily in debt. Bull started plowing his own money back into the company. He used his savings. He made sure not to touch his family’s retirement, Astrid’s education fund, or Isabel’s money. He just used his savings. He tried to keep them afloat as the trial dragged on and unfortunately he had one rouge member of the class. The rouge member was the mother of one of the victims. Her son was so badly scarred in the fact that he didn’t want anyone to see him and so his mother wanted to get him some money. She didn’t care how she did it. She even tried to de-certify the class.

If she had done that, then she wouldn’t have gotten the money. She would have to hire a new lawyer and whoever took on her case would have to find more experts and only then would she might get paid. Bull explained this to the woman. He also did his best to assure her that they got this and for a while, it looked like he did. Taylor found a former associate of Smokestack. He used to be a lab engineer there and he knew the vape pens weren’t safe. He had tried to warn the company. They ignored him and that’s what led to so many accidents. Bull asked the man to break his NDA to testify for their side. He also agreed to pay the penalty of the NDA and then the worst thing happened. One of their jurors was injured.

The juror was run over by someone on a bike. He had to be released. He was replaced by an alternate juror and the alternate was not on their side. He was a straight rule follower. He was a head coach at a high school and he was a natural rule follower. He had seemed to side with the Bull’s team when Dennis LaBrie the former engineer was first put on the stand. Then it turns out the guy was a crackpot. He complained about everything while he was at Smokestack. He even complained about people making popcorn in the microwave because he said the smell was distracting from his work. Taylor hadn’t had enough time to check him out and that’s why they didn’t know he was a crackpot and they risked everything from him and he made the coach go red. No one believed the engineer when he said the company knew the risks of using an unauthorized charger. And that is what the case relies on.

The company said that they warned people to use the authorized charger only. They said that using an unauthorized one could potentially lead to accidents and that included a warning on the lab. They didn’t say it would explode but that’s what happened and now it was up to the lawsuit to prove it. Bull’s team did their best. They made their case and Chunk gave an amazing closing statement. They managed to win a hundred and forty-five million dollars in spite of all their fears. And first, everything looked good.

Until the FBI arrested Bull for jury tampering. He had apparently the coach to bribe him and so now he could be facing jail time.