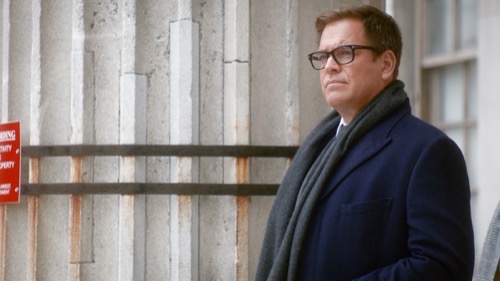 Tonight on CBS their drama Bull inspired by Dr. Phil McGraw airs with an all-new January 4, 2021, episode and we have your Bull recap below.  On tonight’s Bull season 5 episode 5 Winter Premiere called, “Fallen Idols,” as per the CBS synopsis, “Bull worries he can’t convince a jury his religious leader client didn’t kill his wife when a major secret the pastor is hiding about the marriage is revealed, damaging his credibility in court.”

A man was accused of murdering his wife. It was an old story because the spouse is always the chief suspect in the murder of someone and so the only difference this time is the two parties involved. The victim was the wife of a highly respected Pastor. Pastor Liam Wright has written nine books about living the godly and having a godly marriage. He also has several popular videos on YouTube. Wright was a popular man. He was a popular Pastor and he was the suspect in his wife Olivia’s murder because he lied about where he was. He was asked where he was when she was murdered, but rather than tell the truth, he lied and he said he was at home. The authorities quickly found evidence that he wasn’t at home because his own alarm system worked against him and so where was he?

Wright was with his lover. He later revealed to Benny and Bull on their first meeting that he lied about his location because he didn’t want to reveal he was with his gay lover. Wright having a lover was bad enough. Especially after he wrote a book about a heavenly marriage and so Wright couldn’t risk the truth getting out. He especially couldn’t let his congregation find out he was gay. He would lose some of his flock if the truth was ever revealed and so he had to bury it. He couldn’t tell the prosecution about it. He didn’t even want to use his alibi and that wasn’t going to work with his defense team. They told him that people were going to dig to find out the truth. They also said his secret was going to get out one way or another and so they told him to get ahead of it.

Wright did a televised interview. He told the world that he was a flawed man and that he didn’t kill his wife. This was a great way to get his side of the story out there. It would be seen by the potential jury and they would have it at the back of their minds as they deliberate. Bull and Benny were smart to do this. They knew it was going to be tough to convince a jury that a man of god revealed to be a liar also happens to be innocent. Benny prepared for the trial and when it finally came upon them – he was ready. He asked the detective why he focused on Wright. The detective said it was because of the blood found on Wright’s shoes and Wright had an answer for that. He said that the blood got there after his wife Olivia had a nosebleed.

The detective as well as the prosecution didn’t believe him. They also didn’t look at anyone else. Olivia was found dead in her church and the church was in a bad neighborhood. There was never any digging into a possible mugging gone wrong or violence from a random stranger. They just straight for Wright. Which wasn’t fair. Wright’s lawyer brought that up in court and Benny made a wonderful case on why Wright could be innocent, but then the ADA added a witness to her list. She said her new witness was the victim’s lawyer. It turns out Olivia was having an affair as well and that she too was gay. Her marriage to Wright was that of convenience. The two grew up together in a small town outside of Albany and their whole lives had been surrounded by the church.

It was hard to be gay in such a town. Wright and Olivia became friends because they both knew they were different and, later when Wright took over his father’s church, it was expected for a pastor to be married. He married Olivia because they were great friends. They thought they could make a marriage work on that and twenty years later they’ve come to accept each other as they are. She knew about his lovers. He knew about her lovers. The lovers never had any bearing on the relationship and so it was a surprise when Olivia’s lover went on the stand to claim Olivia was leaving him for her. Olivia never brought this up to her husband. Wright told Benny he had never heard of this and so Benny grilled the lover.

Benny asked her how long has Olivia been mentioning a divorce. The lover answered about six months and in all that time Olivia had never sought out a divorce attorney or even gave her girlfriend a ring. She never made any moves to leave her husband. She most likely told her girlfriend what she wanted to hear to keep her around and so Benny did good in pushing her. Only the jury didn’t seem to care. The jury was so stunned by the sordid details of this one church that they began going numb and they weren’t showing any reaction to testimony given. Wright’s lover even went on the stand. He swore that Wright was with him all night during the murder and that his testimony came at great cost.

The ADA was able to flip that around. She showed that the lover received cash and expensive gifts throughout his relationship with Wright. She tried to use those gifts as a justification for why Wright’s lover might be lying about his alibi. She was good at her job as well and the jury was sick of all the details. They didn’t care anymore. They had already made up their minds when Bull’s team found something. They found out someone was stealing from the church. They went over the books after their client was accused of misusing funds and they found out that the church’s operating manager has been taking a good ten thousand from the collection plate every week. It was only when he was away that the collection plate spiked to fifty thousand, which was its correct amount.

Olivia found out about this on the day she died. She could have confronted Richard Newhouse about the money and he could have killed her to hide his secret. He doesn’t really have an alibi. He claims he was working alone in his office that night and that was too floors down from where Olivia was found murdered. So, Benny brought this all up once he got Richard on the stand. He made Richard looked guilty and that had been enough for the jury. Wright was able to walk away. He was a free man for the first time in his life and he was thinking about starting up a new church that was more inclusive. He now regrets he couldn’t start that new church with Olivia when she was alive because she would have made the perfect partner.