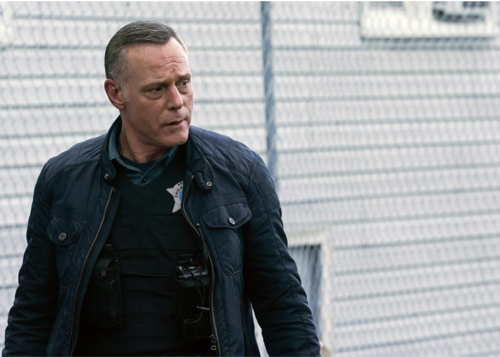 Tonight on NBC their drama Chicago PD returns with an all-new Wednesday, October 27, 2021, season 9 episode 7 called, “Trust Me” and we have your Chicago PD recap below. In tonight’s Chicago PD season 9 episode 7 as per the NBC synopsis, “As the team works to bring down a drug ring, Voight builds trust with a new informant; however, it soon becomes clear she has a plan of her own.”

In tonight’s Chicago PD episode, a simple drug bust took a turn for the worst. There was unfortunately a second crew watching the buy and they moved in to and robbed both the drugs dealers as well as the undercover cops. The cops tried to stop this crew. But they had semi-automatics and planned this very thoroughly. They even had getaway cars ready.

One of those cars almost ran over Detective Halstead and a pedestrian had to tell him to look out. Halstead later tried to get a witness statement from her. She refused to give one and she left. She later showed up as Halstead was trying to investigate the team that robbed the drug dealers and so this woman knew something. He ran her license plate. It led to a fake name and fake address. Halstead didn’t know who this woman was. He just knew she knew something and that’s what he told Sergeant Voight.

Voight told his people to investigate. They didn’t know where to start when the woman broke into his backyard and waited for him. Her name is Anna Avalos. She’s a criminal informant for the DEA. She now wants to be an informant for Voight as well. As long as she gets paid. Anna wants money.

Her whole family was either dead or in prison except for her son and she just got her son out of foster care after serving her own prison sentence. Anna is smart. She’s also slippery. She holds onto information for maximum profit. She was willing to get them information on the rip crew they were investigating and in exchange Voight paid her. Once she was paid, Anna told them about Luis Cortes and how he felt he was owed something from the gang he was ripping off.

Anna also claimed she knew the location of the next target. She gave it to Voight and it didn’t pan out. This Luis targeted another location. He killed people and he got away. Halstead naturally suspected that Anna sold them bad information. He told Voight that he was getting played and Voight wasn’t so sure.

He said he would talk to Anna. He later met up with her. He told her that a man was killed and that his people were shot at. He demanded to know how Anna was getting her information. She originally claimed she overheard it because she was sleeping with Luis. Voight was no longer buying that story and so he asked for the real reason and she finally admitted that she had illegally cloned Luis’s phone.

Anna cloned Luis’s phone because he ordered her brother’s death. Her brother owned him money and so he had him shanked in prison. Anna now wants revenge. She wants revenge against Luis and the crew that her brother ran with. Anna has been sleeping with Luis. She used that to get close to him and she’s been trying to convince him to take her on jobs, but he’s been resistant to the idea.

He just lost someone in the rip off and so now was the time for Anna to make her move. Voight and his team wired her up with a listening device and camera. She met up with Luis. She tried to get him to confess and he wouldn’t. He was too busy focusing on how fast the cops got there. He thinks that there might be a rat in his organization.

Halstead was later confronted by Uphill. She said that he’s been treating her differently since the incident and that it has to stop. She came back. She wants to be treated the same and that means that neither Halstead and Voight get to tell her how to think. She wasn’t going to side with Halstead because he couldn’t trust Anna. And she wasn’t going to side with Voight because Anna was unreliable.

Later, a body dropped. Luis had apparently killed one of his men because he suspected he was a rat for his cousin the cop. This made Voight worried. He reached out to Anna and they formed a plan. She gave information for a CI warrant. Although they didn’t want to use it just yet.

They instead had Anna inform them when Luis was going to be moving the drugs and Anna went with him. She made sure to make him hit her and that’s what the cops just happen to oversee. They pulled over the couple. They searched the car and they found drugs. Luis denied the drugs was his. He kept claiming that the cops planted and so that made Halstead suspect it was Anna who planted the drugs.

He didn’t trust Anna. He didn’t think Voight should trust her either. Voight later asked Anna if she planted the drugs on Luis and she admitted she did. But when Halstead tried to imply Anna couldn’t be trusted, Voight shut it down and now Halstead isn’t sure if he could trust his boss.