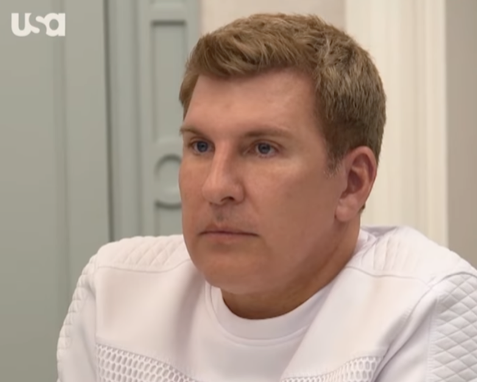 Tonight’s episode begins and it’s Easter! The family decorated eggs for the Easter Egg Hunt. The older kids also talked to Chloe about the Golden Egg and that’s when money comes attached to finding the egg. A lot of money. The last time one of them found it they got two hundred dollars and so Chloe wanted to find it this year. Chase agreed to help her. Chase trained Chloe. He set up an obstacle course to help Chloe with her speed and Savannah said that Chloe would have an easier time if she saw how it was done. Chase and his friend Elliott then ran the course. They looked ridiculous and Savannah had to promise Chloe that she would look a lot more graceful when she doesn’t. And later Chloe did in fact run the course where she was proved she was very fast when she wants to be.

When Chase wasn’t helping his little sister, he was hanging out with Nanny Faye. Faye and Chase were always up to something. They were best friends as well as grandparents/grandchild. They were cruising around one time when they spotted Todd at Faye’s house and they tried to turn around without being spotted. They came back after a few minutes hoping to have gotten rid of Todd but there he was. Todd wanted them to come out to lunch with him. He hates going places by himself. Faye said he needs new friends because she was tired of having to go out with him and if he had more friends then he’d hang out with his friends. Todd is constantly asking members of his family to go with him.

Todd didn’t even like going to development meetings by himself. He had to drag Grayson with him once because no one else could go with him and so Faye and Chase teamed up together to find Todd more friends. They reached out to Todd’s friend Jay. Jay said he goes with Todd sometimes and that he couldn’t go all the time because some of the times Todd would do something like get something lasered off that Jay couldn’t participate in. Jay has tried setting Todd up with new friends. Then those people walk away believing Todd didn’t like them because he barely spoke to them the whole time and so Faye said her son has always been an “a**hole”. She tried to get him to act right and he refuses to.

Faye convinced Jay to include Todd in a golfing trip with his other friends. Todd didn’t like the others joining because he has his one friend and he doesn’t think he needs anyone else. But Jay still tried to get Todd to like the others. Todd didn’t really like golfing and he told Jay that he didn’t want to hang out with the other guy and so Jay confessed. He told Todd about Faye. How Faye asked him to help Todd find some more friends and Todd didn’t like how that sounded because he thought it made him seem pathetic. Todd later returned to the house to complain. He told his mother to stop butting in. He also spoke to his kids. He found out the kids had Chloe gearing up for the Easter Egg Hunt and he reminded them that Easter isn’t about the Egg Hunt.

It’s about the resurrection of Jesus Christ. Todd made both Chase and Savannah ease off pitting Chloe in competition for the Golden Egg. He said the Easter Egg Hunt was just supposed to be something nice and so the siblings talked to Chloe. They told her that as long as she had fun that it didn’t matter if she found the Golden Egg or not.

And Todd also realized that he should expand his circle because he was relying on his family a little too much.