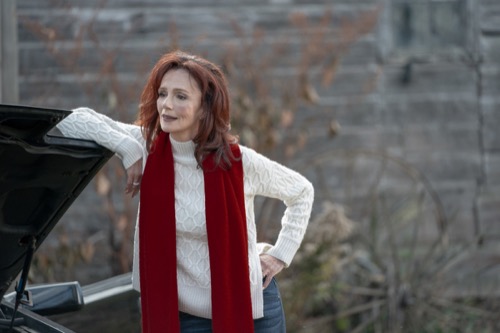 Tonight on the CW their new character-driven drama Coroner airs with an all-new Thursday, September 16, 2021 episode and we have your Coroner recap below.  In tonight’s Coroner season 3 episode 5 called, “Back to the Future,” as per the CW synopsis, “After a gruesome discovery at a body farm, Jenny (Serinda Swan) and Donovan (Roger Cross) unearth a small town’s tragic secrets. Meanwhile, Gordon (Nicholas Campbell) continues to court a mysterious woman, and River (Kiley May) finds an admirer.”

So make sure to visit Celeb Dirty Laundry for our Coroner recap between 8:00 PM and 9:00 PM ET.  While you wait for our recap make sure to check out all our television recaps, videos, news, spoilers & more, right here!

In tonight’s Coroner episode, Jenny is at a research center in a field where people have donated their bodies for science. Jenny looks around at the decomposing bodies. She is called to look at one that isn’t part of the research. It has been dumped there. Jenny calls Donovan after telling those running the program she will keep it quiet.

As Donovan poses for his needed artistic friend, she notices changes to his body. He confesses he is going through radiation. After he heads to meet Jenny. They examine the dead body that was discovered. The doctor who runs the research field realizes she knows the man. His name is Andy. He has been missing for a long time.

Donovan and Jenny visit the mom of the victim. She has kept his room the same for decades. They giggle as they look over old albums and things from the past. Jenny finds a collection of envelopes. They are from an ex of Andy’s. She writes about Andy cheating on her. There is a lock of hair in the envelope. Jenny gets an update on Andy’s body. It looks like he was placed in the bog carefully.

Jenny’s dad and her son fix up a car. Jenny’s dad has a lady friend over. She teases him about taking her for a ride. Meanwhile, Jenny talks with her psychiatrist. He hopes she won’t give up on therapy.

Jenny and Donovan meet with Andy’s ex. She details a tough relationship they had. She believed in spells and decided to use one to get rid of him from her life. She performed the spell in the middle of the night alone. This makes Jenny suspicious

One of the doctors who is helping Jenny discovers congealed blood from the victim that is 34 years old. They also find a hole in Andy’s heart as well as a defect with his hand. Strangely the doctor’s son has a hand defect too. Jenny starts piecing this all together. She confronts the doctor about her son Dennis. The doctor confesses that she knew Andy. When they were younger they had a brief relationship. She became pregnant and was upset when he told her he would skip town if she had the baby.

Later that night, Andy’s former girlfriend visits Jenny in her hotel room. She feels Jenny is in a dark place. She wants to help. She performs a spell and encourages Jenny to let it all go.

Donovan finds Jenny outside. She is jumping rope she found under her bed. She has a whole scenario. She tells Donovan about how Andy may have come upon the witch spell. He tells her to get some rest. They can figure it out tomorrow.

In the morning, Donovan comes to see Jenny. He thinks three women could be involved. They visit Andy’s sister Roxanne. She tells them she was with Helen, Andy’s girlfriend, and Angela, the doctor, performing the witch spell all those years ago. She was high. She was also attacked by a man wearing a wolf mask. Jenny reveals that Andy was wearing a wolf mask. Roxanne realizes she killed her own brother, smashing him in the face with a rock.

Jenny talks with Andy’s dad next. It seems he helped to cover it all up to save one child. Jenny knows all of this too well. Jenny wants to rule this an accident. This family needs peace. Donovan learns that radiation may not be helping. After the case, he screams in a field alone on the ride home, completely upset.

Jenny comes home to find her dad in the car he has been fixing. He has been talking to Peggy, her son tells her. No one is there though. Peggy is Jenny’s mom.