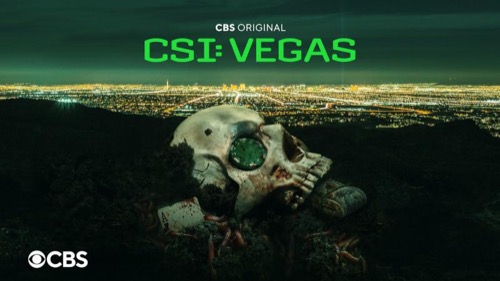 Tonight on CBS CSI: Vegas premieres with an all-new Wednesday, October 6, season 1 premiere called, “Legacy” and we have your weekly recap below.

In tonight’s CSL: Vegas episode as per the CBS synopsis, “CSI: VEGAS opens a brand-new chapter in Las Vegas – the city where it all began. An attack on Jim Brass kicks off a twisted conspiracy targeting the Las Vegas crime lab.”

Tonight’s season 1 episode 1 looks like it is going to be great and you won’t want to miss it, so be sure to tune in for our live coverage of CBS’s CSI: Vegas recap at 10:00 PM EST! While you wait for our recap hit the comments and let us know how excited you are so far with this season.

Jim Brass was a former police captain. He’s now an old mostly blind man and still, he managed to defend himself against someone who broke in to kill him. Brass tried to ask his would-be killer why. The man’s last words implied that he had been sent to kill Brass and that he didn’t know why. But Brass survived. He survived and he was later informed that his attacker had thousands on him when he died. The money was all big bills. It was also old. It was from the nineties and so Brass figured out who paid his attacker. He realized a man known as Lucky was behind it. Lucky was a kidnapper and they never did find his last victim. Brass wondered out loud why Lucky would pay attention to him.

Maxine Roby who was the new leader of the crime lab had some thoughts. She thought some people didn’t know when to walk away and that Las Vegas was built on that sentiment. She told Brass as much. He tried to accept it and yet he couldn’t stop himself from reaching out to old friends. He contacted Sara Sidle who had been a friend of his in the crime lab and she agree to come back to assist with the case into Lucky. No one knew at the time that Lucky would contact them first. He sent the crime a lab ahead of a woman who’s been dead for years and included was a note that Jim Brass was just the first. This seemed to prove that Lucky was connected. The severed head was that of the final victim Kelsey Webb and dentals later proved it.

The head was severed postmortem. Whoever did it had dropped it on the floor and one part was now covered in an unknown substance. Roby and her team were looking into it. They were also looking into the dead attacker and so Sarah got to see firsthand how far the lab has come. She also got to impress the new people there. They had all heard about her and they thought she was legendary. New girl Allie on the other hand had thought it was crazy that Sarah walked away from the job because of a man. She herself didn’t go back to Dubai after finishing her studies because she fell in love with Dunkin Donuts and Carrie Underwood. Sarah’s path seemed alien to someone like Allie. The other members of the crime lab were also working on the murder of Danny Yates.

Yates was a store clerk. He had a juvenile record and he hadn’t been in trouble since. Whoever killed him shot him through and through with a weapon that might have been bought at the store, but that wasn’t the weird part. The weird part was that the perp also put all the guns in one area and set them on fire. They had even burned the guns beyond all unrecognition. It was impossible to do that without reproducing the heat from say something like the sun and so the crime lab was stumped about how the killer was able to do it and they also wondered why. The team was investigating all three murders and that included that of the guy that attacked Brass when another body dropped. Lucky killed a deputy.

Or at least that’s what everyone thought. It turns out Officer Julie Fisher went missing and everyone assumed she was killed like the other victim but there stood a chance that she might still be alive. Officer Fisher worked the Brass crime scene and her abductor must have seen her from there and just took a liking to her. A police officer was snatched. It brought more attention and that was unfortunate – for their mastermind. The substance that was found on Webb’s cheek was identified as brewer’s yeast. The team checked closed distilleries. Sarah went with them and they found the rest of Webb’s body. She had been buried in the distillery. Someone dug her up and they found the stash of money there. And it couldn’t be Lucky.

Lucky was out of the picture. He was permanently out of the picture. He must have told someone while he was in prison where he left his stash and so someone was completing his work. They ran a DNA analysis on the money. It told them that their suspect was white and had blue eyes. They then ran a match against all the people who shared a cell with Lucky. They found Bill Dwyer. He was a serial rapist and he was dangerous. He later approached Sarah when he thought she was alone. She called it in and she tried to follow him when he was fleeing from the scene. Sarah lost sight of him but that at least confirmed that Bill was their guy and so Sarah remembered what he was spouting before he fled. He was mentioning how the crime lab was manufacturing evidence. How they were all corrupt and needed to be stopped.

Which didn’t make sense because they do good work. They put bad people behind bars and solved crimes. The murder investigation into Yates revealed that his own sister killed him to cover up the fact she was using the family store to sell illegal weapons and so now she faces a life sentence. Sarah’s information about Bill later led to them getting a warrant on his house. A SWAT team went there and they found Bill hiding with Fisher in the crawl space. She was fine. Bill wasn’t speaking. They found some notes that someone had written for him and it led to a storage locker in David Hodges’s name. The locker held supposed evidence from several cases and it made Hodges look like he was in on some plot to send innocent people to jail.

Sarah said it was all crap. She said the whole thing was to make them find this storage locker and frame Hodges and she wasn’t going to allow it. Sarah informed Brass and she also called Gil Grissom. Together they were going to find out what was going on before thousands of convictions were overturned.