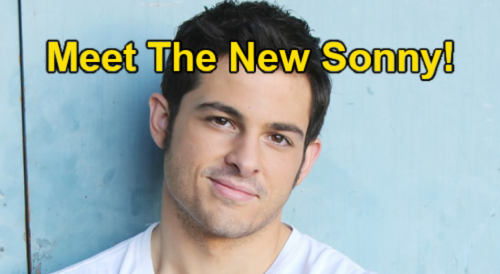 Days of Our Lives spoilers reveal that Freddie Smith will not return as Sonny Kiriakis. The actor is moving forward and that means leaving Sonny and DOOL in the past. It is confirmed that the soap recast the fan-favorite character with Zach Tinker.

DOOL spoilers reveal that Freddie Smith made it clear that he does not plan on ever returning to the NBC soap. Last year, Salem celebrated the Christmas holidays and included Will Horton (Chandler Massey).

Fans were disappointed that the other half of “Wilson” wasn’t on-screen. The gay couple was a fan-favorite and viewers were vocal about wishing Sonny and Wilson had made the visit together.

When the spin-off was announced, casting details confirmed that one storyline would be Chad DiMera (Billy Flynn) visiting Phoenix.

As fans know, Will and Sonny are currently living in Phoenix. At the time, fans questioned if Sonny would be recast or if he would just be mentioned in conversations.

We now have the answer and it is confirmed that Sonny and Will are both featured in the upcoming production, which will stream on Peacock.

Days of Our Lives spoilers confirm that Zach Tinker will be playing Sonny in Beyond Salem. However, we are hoping that means “Wilson” might return to Salem at some point.

If Tinker looks or sounds familiar, it’s because he played Fenmore Baldwin on The Young and the Restless.

Some characters are harder than others to recast. It’s not really a matter of finding the right actor but if viewers will accept it.

When Smith was written off the soap after nine years, fans were upset. Now that the actor has confirmed he will never come back, fans know that it’s either a recast or nothing at all.

Judging from social media comments and soap messaging boards, viewers are open to Sonny being recast. With the new portrayer already familiar with working on soaps and having a fan base, we expect a positive transition.

There are always going to be viewers who don’t want anyone else to play their favorite characters, but are optimistic that Tinker will be welcomed by fans.

Are you happy that Sonny was recast with Zach Tinker? Do you believe that “Wilson” could return to the NBC soap after Beyond Salem airs?

Be sure to catch up on everything happening with DOOL right now. Come back to CDL often for Days of Our Lives spoilers, news and updates.