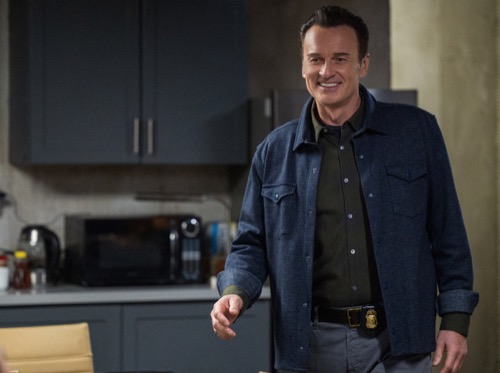 LaCroix came into work with the right attitude. He was fresh off date and the date went well. LaCroix was in such a good mood that his team noticed it. They even asked him about it and he didn’t tell them about the date. He wanted to keep the date to himself for now. He instead asked them about their recent case and that’s when he was told about Jake Ferris. Ferris is a college kid that was thrown off a bridge.

He had gone out drinking earlier that night and he had been properly drunk by the time he was killed. Ferris was therefore an easy target for the man who killed him, but the question isn’t how he was killed, it was why he was killed? Ferris was the son of Senator Diane Ferris and she was a republican known for voting with her conscience. She didn’t vote along party lines.

The senator has gotten plenty of flak for that from her own party. They accused her of being a traitor and some have even asked her to step down. The senator refused to. Her son wasn’t usually asked about her because he goes to Bard College and the nearby town was considerably liberal. The only strange thing that occurred on the night he died was that some random guy came up asking questions about lacrosse.

The guy introduced himself as Dylan and he mostly talked to Ferris. The two men left around the same time as well. Before he left, this Dylan went to the bathroom. He was seen drawing something on the bathroom stall and so the witness had just thought he was gay. He thought Dylan was leaving his number for another man to find.

Only LaCroix’s checked the bathroom stall. It appeared that Dylan left behind a symbol. The symbol was of a one inside a zero like a power sign on a laptop and this same calling card showed up again at a new crime scene. A second college athlete had been drowned. He went to Marist College and his body was dragged out of the river.

The sign was there drawn on a bridge and that was worrying. LaCroix came to believe they were dealing with a serial killer. This Dylan approached both young men at a bar and he drugged them with a medical-grade sedative. This same sedative was stolen from a nearby hospital. The feds went to the hospital and they spoke with a doctor there who admitted to stealing the medication for her friend.

They showed her a picture of Dylan. She said that was her friend and his real name is Ira Kopec. He’s a nurse. He claimed he couldn’t fall asleep after late shifts and so his friend thought she was helping by giving him the drug, but it turns out Ira had been using her because he wanted that drug to drug men that were bigger and more physically fit than him. Ira was after all targeting athletes.

He was a skinny guy himself and so he couldn’t throw them off bridges without “help”. Ira was also very dangerous. He targeted Ferris one day and his second victim less than twenty-four hours later. He was killing every day. He was most likely looking for his third victim and so the team tried to arrest him. They had his landlord call him.

The landlord fed Ira some sob story about how he needs to return now because there was a pipe that burst. It must have done its job because Ira came rushing home and unfortunately he spotted the feds before they could get it into their cars. Ira drove away. The feds tried to follow and they just missed him.

He had gotten away. He was now free to look for a third victim and there’s no telling where he went now that he knows he’s been caught. The team came to suspect he might return to Boston. He was from there originally and his mother still lives in the family home. There wasn’t a father in the picture. He left before Ira could remember him and so his mother was all he ever had. She did her best for him.

Esther couldn’t afford to send her son to medical school. He had to go to nursing school and it wasn’t his first choice. Ira was clever. He skipped two grades and he was nicknamed “babyface” in high school. Ira was constantly picked on. He had no friends and his mother tried to counter his loneliness by calling him special. Esther didn’t change his room. The team was able to search it and they found college flags from schools Ira didn’t attend.

So, they looked into these schools. They found out that two young men died by drowning from both schools and so Ira has been killing longer than people knew. Ira was even killing as the FBI was looking for him. Ira had needed to change cars and so he went into a bar and he met a young woman.

The young woman, Vanessa, thought he was nice. She called him “harmless” and that seems to have set him off. He originally planned on stealing her car, but after she said that, he kidnapped her and then attacked her because he told her she sounded like everyone else. He claims she sounded like a stuck-up b*tch.

Ira had apparently never left high school and so he was punishing people because of what he experienced. Ira raped Vanessa. He then threw her out of the car once he was done and he left. Vanessa went to the police. She spoke with LaCroix and she told him everything. She even mentioned how much he hated being called harmless. He seems to be on a power trip. He was now targeting women and that was a problem.

The team looked into Ira’s life. He ripped out two pages in the high school yearbook and so the team did research until they found them. The pages he ripped out were of a jock with his girlfriend. Ira was at his endgame her and so the team believed he would target this former couple. Only they were moving too slow to catch up to Ira. Ira tracked down the girl in the photo. Her name was Petra and he had a huge crush on her only she was seeing someone else.

She was seeing a jock. This jock was named Nick and Nick tortured Ira in high school. Petra did nothing to stop him. She was just friends with Ira and Ira always thought she had a thing for him however she cleared that up when she ran into him again. She told him she had only seen him as a friend. And Ira hadn’t wanted to be her friend, so now he was taking revenge.

Ira trapped Petra in her own home. He told her to go put on the outfits she would wear for Nick and then he dragged her to their high school. The high school was having a ten-year reunion for his graduating class. This is what set Ira off and that’s why he started his killing spree. He was killing surrogates for all those jocks who used to make fun of him. He also stole some guns and ammo and he showed up at the high school early with Petra as his prisoner.

He wanted Petra to see as he shoots people down. But thankfully the FBI realized his plans. They stopped his former classmates from going inside and then they stopped Ira. They were forced to kill him. They later found Petra tied up in a bathroom and other than that she was relatively safe.

The team closed their case.

LaCroix went to the horse farm and there he found his potential new girlfriend speaking to her husband. It turns out LaCroix didn’t know she was married.