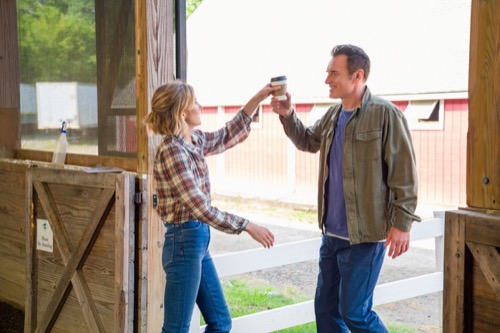 Tonight on CBS FBI Most Wanted airs with an all-new Tuesday, October 12, 2021 season 3 episode 4, “Inherited,” and we have your FBI Most Wanted recap below. In tonight’s FBI season 3 episode 4 as per the CBS synopsis, “The team must determine if the kidnapping of a young Chinese-American woman is a random hate crime or if she was specifically targeted, in order to find her. Also, Jess and Sarah struggle with Tali’s continued rebellious streak.”

In tonight’s FBI Most Wanted episode, a woman was abducted on the street. The victim was Carrie Chen. She was leaving from a dinner with her friends when a van pulled up alongside side her and a man came out to grab her. Some pedestrians spotted what was happening. They all tried stepping in and the kidnapper took out a gun.

He killed two people to in order to grab Carrie. He yelled out “all you people should go back to your own country” before getting into the van with Carrie and driving off. Carrie is Asian American. She was born in Hong Kong and she still spoke out against the Chinese occupation of her home country. Carrie received a lot of negative pushback from people in China. She also received a lot of negative attention anyways since the pandemic and the increase in hate crimes against Asian Americans.

There was also the fact that Carrie was married to a white man. They lived in an affluent white neighborhood and being an interracial couple wasn’t easy. Carrie’s husband is a wealthy chemistry professor from Princeton. His name is Stephen Beck. He was out of town at a conference and he flew back in town a few hours after he heard about his wife’s kidnapping. It wasn’t long before Beck was contacted.

The kidnapper wanted fifty grand in cash and Beck had it. He kept it in a safe because he and his wife stopped trusting banks during the pandemic. Beck, followed by LaCroix’s team, went to the meet up with the money. He was waiting for the kidnapper when two Asians started to walk up to him with guns drawn.

LaCroix’s team spotted them. They also saw the kidnapper. The kidnapper didn’t seem to be working with the Asians and yet the Asians were proving a bigger threat. The team were forced to act. They stepped in. They killed the armed men and unfortunately the kidnapper got away in the conflict.

LaCroix tried to hunt down the kidnapper. Only he managed to evade all detection and so there was no capturing him. The team chose to focus instead on the men they killed. They men were Chinese nationals who entered the country on fake passports and they seemed intent on getting to Beck. Beck was a well-known professor. His research was based on eliminating all defects in the body and he showed off his research on a recent trip to China. And he was China for five more days than he had to be.

The team thought that was a little long to go sightseeing during these times. Gaines reached out to an old CIA friend and they learned that the CIA suspected Beck of being a Chinese spy. The CIA couldn’t prove anything. They just know that the research that Beck was doing was something the Chinese were doing as well. The Chinese has even created two HIV-immune babies because their laws a little more lax in allowing embryo experimentation.

But the United States has very strict laws against that and that’s why Beck’s research was in such high demand. His research would cure diseases with genetic manipulation. He’s turned down offers from big pharmaceutical companies and for the most part he seems like a good guy who loves his wife and was just trying to do his part. And so it was shocking when he was kidnapped as well.

The team found Beck’s home ransacked. Beck was missing and so was the fifty thousand dollars in ransom money. The team had no idea what was going on. If this was just about money, then Beck wouldn’t have been taken as well and so they looked again at Beck. They learned more about his research. Beck was seen on security footage entering his medical lab and he managed to grab a hold of a blood bag. The team looked into it.

They learned he had opened Sam Zhao’s file. He was a sick kid who had been turned down by Beck for his clinical trial. Beck had clearly been kidnapped to treat the boy and so that clued in the FBI about who took both Beck and his wife. Beck and his wife had been kidnapped someone was trying to save young Zhao. It was his father. The father arranged the kidnappings with a friend. The friend did it for the money. He now wanted more money.

The father was forced to kill the friend. The father also forced Beck to give his son the clinical treatment and the treatment was going south when the FBI came in. They talked down Zhao’s father. They convinced him to turn himself in. Zhao was rushed to the hospital and both Beck and his wife were freed. It turns out Beck wasn’t a spy. He stayed on in China to get a custom made jade ring created for his wife and it was supposed to be a surprise but then he told her the second he saw her that he got her the ring. And so he really wasn’t a spy.

He’s just a guy that did something nice for his wife.

LaCroix’s team were able to go back home and LaCroix was personally dealing with a teenager that was lashing out. His daughter was getting out of control and it was hard on his girlfriend with him being out of town so much for work.