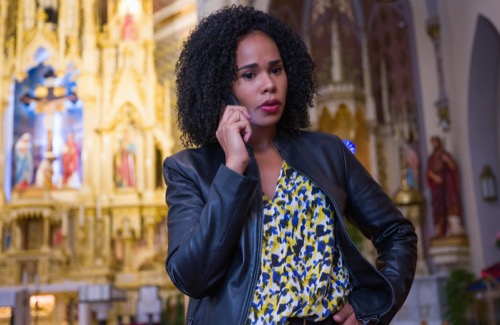 Tonight on CBS FBI Most Wanted airs with an all-new Tuesday, November 9, 2021 season 3 episode 6, “Lovesick,” and we have your FBI Most Wanted recap below. In tonight’s FBI season 3 episode 5 as per the CBS synopsis, “The team attempts to hunt down a family annihilator before he continues his murder spree; Barnes’ intrusive mother puts pressure on her marriage.”

In tonight’s FBI Most Wanted episode, LaCroix’s team was looking for a family annihilator. They were looking for a man named Cecil Walsh. Walsh murdered his wife and daughters. He married his wife in 2018. His daughters were from previous relationships and there didn’t seem to problems in the family. The only problems were financial. Walsh was fired as an engineer. He was in heavy and the house was foreclosed.

His family would have lost everything. LaCroix’s team suspected he murdered his family before that could happen and so they originally thought it was ego. But it was so much worst than that. Walsh wasn’t actually fired from his job and he in fact resigned after being offered a promotion with a raise. Walsh walked away from all that money for a reason. A reason that LaCroix’s team didn’t see at first but one they eventually saw for themselves.

The team looked into the family. Walsh went out of his way to alienate himself from the family. He excluded himself from all family photos and he never loved his wife. When he quit his job, he said there wasn’t enough money in the world to heal this pain. The team hadn’t known what he meant by that and the body count continued to rise. Walsh later killed a priest.

He killed him with a belt instead of his hands because he wanted to draw out the pain and so it didn’t make sense. The family annihilator is usually a narcissist. They kill their families because they don’t think those families could live without them and yet Walsh alienated himself that same family. He didn’t want to participate in photos or events. And the best thing he did for his family happened right before he killed them.

Walsh threw a disco party for them. He went all out in decorating a room in the house and bought his family lavish gifts that he couldn’t afford. The family was so happy. They couldn’t wait for their next surprise and that’s when Walsh killed them. Walsh is a dangerous guy.

The team was still trying to figure out why he killed his as well as why he killed that priest when Walsh made his next move. Walsh kidnapped someone. He kidnapped a woman by the name of Nora Bryant. She was a friend of Walsh and they had some falling out. The falling out was when she got engaged to her boyfriend. Walsh tried to talk her out that decision and, when that didn’t work, he began harassing and stalking her.

Nora cut off contact with him. She wanted nothing to do with him and so she tried to run when she saw him but he caught up to her and kidnapped her at gunpoint. Walsh got away with Nora. There was no telling where he took her and so the team asked why. Its clear that Walsh loves her. He killed his family so that he couldn’t get away with what was dragging him down and start fresh with Nora.

But Nora doesn’t want him. she’s in love with her fiancé Daniel. Also, kidnapping is not going to lead to grand romance not matter what Wattpad tells you. Walsh does seem to care about Nora and that’s why he attacked her uncle. Her uncle raised her after she was orphaned. He was emotionally abusive and Nora left right after high school and never looked back

Walsh found this uncle. He beat him and he told the other man that he should have been a better father to her. The uncle hadn’t known what he was talking about at the time, but he knows now and he mentioned that Nora was adopted and that her biological mother called him looking for her. The uncle ignored the message. He never even tried to contact Nora to tell her about her mother and so it wasn’t until LaCroix’s team looked into Nora’s biological mother that they learned her bio dad was Walsh.

Walsh killed his stepchildren and his wife and he quit his job because he wanted to focus on being a family with Nora. He and her mother had been teenagers when she was conceived. Nora’s grandmothers sent the mother away and later had the baby was adopted out. Walsh never had a say.

Walsh therefore killed the priest that arranged the adoption. He killed his false family to make room for his “real” family and now he was trying to force Nora to love him. Only she couldn’t. She couldn’t love a man whose killed people and she knew he’s killed people. She tried running away from him and he later caught up to her. he told her that if they couldn’t be a family on earth, they could be a family in heaven. And so he was about to shoot her when the FBI arrived.