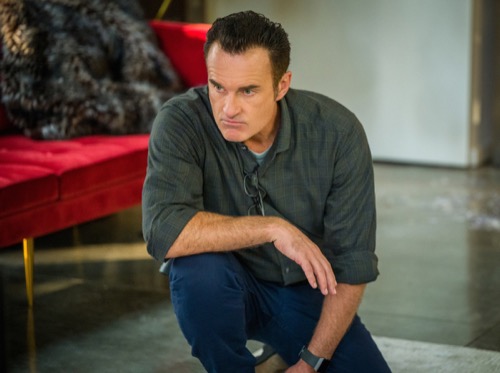 Tonight on CBS FBI Most Wanted airs with an all-new Tuesday, November 16, 2021 season 3 episode 7, “Gladiator,” and we have your FBI Most Wanted recap below. In tonight’s FBI season 3 episode 7 as per the CBS synopsis, “The team investigates the murder of a professional basketball player’s wife, who was a famous lifestyle guru; Kristin and her ex-husband grow closer; special agent Isobel Castille checks in with the team on the high-profile case.”

In tonight’s FBI: Most Wanted episode, a celebrity was murdered. The celebrity was lifestyle guru Esme Langer, She was a successful businesswoman and she was also married to Sonny Langer. He was a famous basketball player. This case and therefore his wife’s murder was a media storm. LaCroix’s team was brought in to help with the investigation. It was a special favor to the Special Agent in Charge.

LaCroix’s team spoke with both Langer’s widow and with her best friend. Her best friend was with her. It was Langer’s birthday and her husband couldn’t be with her because he had a game. It was a part of Sonny’s comeback. He didn’t have his wife at his side because she was blamed for his slump last time and so she stayed away to stop the “curse”. And it was her birthday.

Langer went out with her friend. Her friends convinced her to get drinks and then more drinks. Langer didn’t have a problem with it. She returned home to an empty house drunk. Her husband stayed in the city because he had more games and her children were at sleepovers. But Langer had a stalker. This one guy would follow her around and he wasn’t like the paparazzi. He would follow her to her children’s school. She caught him at it and warned him away and he still showed up. Langer’s friend told all of this to LaCroix’s team. His team also believed the house was staged to look like a robbery to cover up what really happened and that was the stalker wanted to close to her. Langer’s home had been ransacked following her death.

There were even signs of someone trying to access the safe in her bedroom. The FBI didn’t have much but they went to the media with what they did have and it brought tips on the tip line. One guy called after he saw Langer’s video of her stalker. He didn’t see the face. He just recognized the jacket and identified him as Mike Short.

The team went to Short’s address and they found his roommate murdered and Short dead from an apparent suicide. He was a pedophile. He couldn’t risk going back to prison and that’s what would have happened if the media identified him as a sex offender. He violated parole by going to an elementary school as well as taking photos. Short couldn’t live with the possibility of prison and so he killed himself.

But he didn’t kill Langer. Langer’s wedding ring was recently sold and that happened after Short’s death. The Special Agent in Charge wanted to go back to the media for help and this time LaCroix’s disagreed. He thought they acted too hastily last time. He also thought that’s why two men are now dead. LaCroix wanted to focus on the investigation and not the media frenzy around the case.

The team later learned that Langer wasn’t wearing her wedding ring and that she stopped wearing jewelry altogether because of what happened to Kim Kardashian in Paris. Kim was a friend of Langer. Langer has been keeping her jewelry locked up in the safe ever since and so there’s no way her ring could have been stolen off of her finger. It had to have been planted. The only one with access to the safe is Langer’s husband and so he became the chief suspect.

The team went looking for Sonny. They didn’t find him. They instead found his agent dead in the hotel room and the killed appeared to be Sonny. The team also learned of a recent interview he did. Sonny admitted to suffering from brain damage because of all the hits he took to his head and he was doing the experimental treatment that was supposed to have cured him. but his agent was on the board of the experimental treatment.

He was making a lot of money by pretending to cure Sonny and Sonny must have realized that. It’s probably why he killed him. Sonny was duped into believing that he was getting better when he was in fact getting worse and so he probably doesn’t even remember murdering his wife.

Her death however was the catalyst. Sonny realized he wasn’t well after all and he began lashing out. He also collected his kids from his sister-in-law’s house. The team didn’t find out about that one until after the fact and then they went looking for Sonny and his children. They contacted Sonny using his sister-in-law’s phone. They got him talking and they realized where he was.

He went to Hudson his old school. He wanted to play basketball with his children one last time. But then the FBI showed up. They convinced him to hand over his children without issue and so he said goodbye to them. And then Sonny told the agents what happened.

He was so confused that night. He was so turned around that he didn’t realize what he was doing until after it happened and by then it was too late. Sonny explained himself. Then he killed himself. His final words were “examine his brain” because it could show he was suffering from brain damage and that the new machine hadn’t healed him.

Gaines had a hard time accepting Sonny’s death and so she stopped by her ex’s apartment but he was there with his new girlfriend and it got awkward.