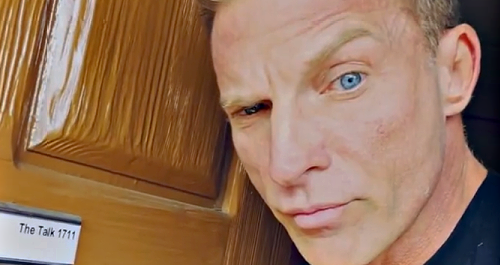 General Hospital (GH) spoilers reveal that the big question on everyone’s mind is whether Steve Burton is returning to GH as Jason Morgan. On the November 19 episode of the ABC soap, Jason was in an unstable tunnel on Cassadine Island when it collapsed. Rubble fell on Jason and will soon leave him presumed dead, but what does the future hold for the character?

According to reliable insiders, Burton was forced out due to issues related to the show’s vaccine mandate. It’s reasonable to assume that Burton could make a comeback if he complies with the show’s rules and gets written back in.

That’s surely why GH writers are giving Jason Morgan an exit that doesn’t necessarily have to be final. A presumed death is easily fixable – as we’ve seen with characters like presumed dead Drew Cain (Cameron Mathison)!

Drew was believed to be deceased in a plane crash, but it later turned out that plane crash was staged as part of an elaborate scheme. Viewers learned Drew was being held captive – and now Drew’s on the verge of reuniting with his loved ones in Port Charles.

There are countless other storylines like that in the world of daytime drama, so presumed deaths are popular when it comes to exit strategies.

A presumed death for Jason will take him off the map without making it so he abandons the people he cares about in Port Charles.

This departure tactic will also create some excitement as Jason goes, which is always the goal of a soap!

General Hospital spoilers say word will soon spread that Jason seemingly didn’t make it. There’ll be people who mourn the loss, but it won’t be as heavy without a body to confirm anything.

If the show wanted Jason gone for good, they would’ve created a dead-dead situation that left no room for doubt – like when fans saw Julian Jerome (William deVry) in a body bag.

Even dead-dead outcomes can be undone on soaps, but there’s no denying that the presumed part of all this makes things easier.

If Steve Burton returns down the road, then the writers can explain away Jason’s absence and put his character back in PC for more stories and shockers.

It’s just a matter of whether Burton can meet the show’s requirements and work out a new deal.

Right now, no one knows for certain if Steve Burton will come back as Jason Morgan at some point.

It’s something we’ll just have to keep an eye on, but many viewers will hope for the best! As other news and updates emerge, we’ll keep you posted.

CDL’s where you want to be for sizzling spoilers, updates and news, so make us your go-to source.