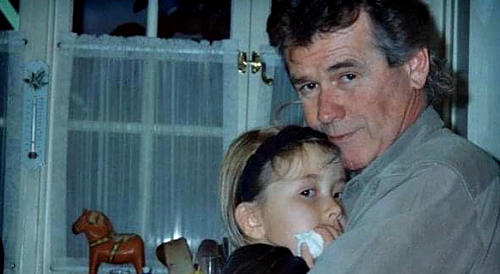 General Hospital (GH) spoilers has some sad news to pass on about the death of a former GH star. John Reilly, who portrayed police commissioner Sean Donely on the ABC soap, has passed away at the age of 84. John portrayed Sean Donely regularly from 1984-1995 and made additional appearances in 2008 and 2013.

John also appeared as the same character in General Hospital: Night Shift back in 2008, and he portrayed Alistair Crane on Passions from 2000-2008. Additionally, John portrayed Del Douglas on Sunset Beach, and he appeared on an episode of Days of Our Lives back in 2001.

John had a long history in TV series and movies throughout the years. One of John’s first TV roles was on As The World Turns as Dr. Danny Stewart from 1974-1975, and he then went on to appear in shows including How The West Was Won, Dallas, Dynasty, Newhart, and Paper Dolls.

John’s daughter Caitlin Reilly announced his passing on her Instagram feed. “The brightest light in the world has gone out, ” Caitlin wrote, alongside a throwback photo of herself with her Dad. “Imagine the best person in the world. Now imagine that person being your dad. I’m so grateful he was mine. I’m so grateful I got to love him.”

Caitlin continued: “I’m so grateful I got to hold him and say goodbye. I honestly don’t know what I’m going to do, but I know he’ll be with me. I love you forever, Daddy.”

In response to Caitlin’s post, John’s co-star on GH, Finola Hughes (Anna Devane, GH), wrote the following: “Oh Caitlin, I am so sorry. He was indeed the best. The kindest person, most generous and loving actor. Most supportive man in every way. Please send my love to Liz and to your family xxxx.”

We send our deepest condolences to the Reilly family at this time. Stay tuned to the ABC soap and don’t forget to check CDL frequently so you don’t miss any of the latest General Hospital spoilers, updates, or news.