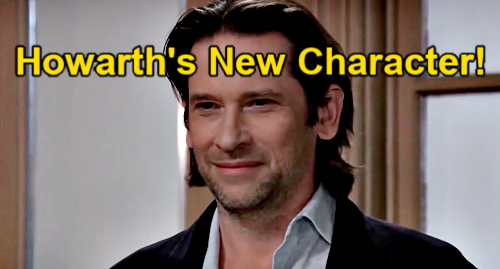 General Hospital (GH) spoilers reveal that Roger Howarth recently wrapped his run as Franco Baldwin, who was shot and killed by Peter August (Wes Ramsey) – leaving Elizabeth Baldwin (Rebecca Herbst) and her family behind to mourn.

Soon after Franco’s death, the news broke that Howarth wasn’t off the show and would be returning after a story-dictated hiatus.

At first, some fans suspected that Franco might’ve somehow faked his demise – much like Cameron Webber (William Lipton) did before he got proof in the morgue. That felt like a way to prove to the audience that Franco was truly gone.

GH fans also saw that heartfelt “Friz” montage that recapped Elizabeth and Finn’s entire love story just before the memorial. It was a firm and definite goodbye to the “Friz” pairing.

General Hospital did a great job of offering closure for the character of Franco and setting the stage for family closure, too.

Howarth felt certain that whatever was next for Elizabeth would continue to please fans and felt thankful that he “got to dance with her” for as long as he did.

In other words, Howarth is obviously expecting a brand-new story and scene partner when he resumes filming in April.

The GH star had lots of lovely things to say about his other usual costars like William Lipton (Cameron Webber) and Kin Shriner (Scott Clifton), but it’s clear based on Howarth’s comments that he expects to break out of Franco’s old bubble.

That said, Howarth admitted he doesn’t know what GH writers have in store when it comes to the new character they’re apparently cooking up. “If I knew I would tell you, but I don’t know,” Howarth said. “But I’m really excited. I have great faith in the people who think of these things and have been in good hands so far.”

Howarth expressed gratitude for Franco’s journey and the “Friz” fans who supported the couple along the way. Everything felt very final in terms of how Howarth spoke about the end of that journey, but he’s definitely looking forward to this new chapter and what his future at General Hospital will now look like.

General Hospital spoilers say Howarth’s new character remains uncertain, but it’ll be interesting to see what GH writers come up with. As other news comes in, we’ll provide updates.

It sounds like Howarth will get a chance to spread his wings and perhaps work with some face faces on set, so some intriguing developments are brewing. That’s everything we know so far about Roger Howarth’s return, but more details will follow!

CDL will have lots of other sizzling General Hospital spoilers, updates and news to read up on, so make us your go-to source.