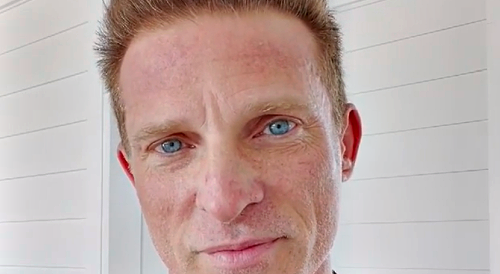 General Hospital (GH) spoilers reveal that Steve Burton has announced his firing by GH and wants to return as Jason Morgan. In a new video shared on social media, Burton confirmed what insiders have been saying for quite some time. The ABC soap star is OUT and that means we have to say goodbye to Jason – at least for now.

“Unfortunately, General Hospital has let me go because of the vaccine mandate,” Burton said. He clarified that he applied for medical and religious exemptions, but those were denied.

Despite Burton’s admission that he feels hurt over the firing, he was quick to add that he’s grateful for his time on GH. Burton also insisted he believes that when one door closes, multiple doors open.

Although Burton is looking ahead to whatever’s next in his career, he explained that “maybe one day” he could return if the mandates were lifted. Burton suggested it would be great to come back and finish his career as Jason Morgan.

“That would be an honor, and if not, I’m going to take this amazing experience, move forward and be forever grateful,” Burton added. He wanted to let fans know how thankful he was for all their love and support over the years.

As for Steve Burton’s last airdate as Jason Morgan, he pointed out that it may have already aired – though he wasn’t completely sure on that. Burton closed out the video by encouraging everyone to have a happy Thanksgiving and approach the holiday with gratitude.

It’s good to finally hear from Burton and know for a fact that he’s wrapped up his time as Jason Morgan. It’ll be interesting to see if Jason might return, but it’s obvious that won’t be happening anytime soon.

Burton only seems on board with a comeback if the vaccine mandate is lifted, but we’ll see what happens down the road. As other news and updates emerge, we’ll keep you posted.

CDL will have all the hottest soap spoilers, updates and news you need, so check back often.