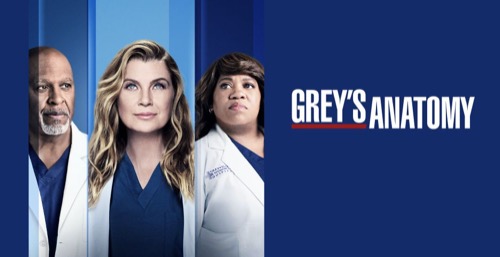 Tonight on ABC their hit drama Grey’s Anatomy returns with an all-new Thursday, September 30, 2021, season 18 episode 1 and we have your Grey’s Anatomy recap below. On tonight’s Grey’s Anatomy season 18 episode 1 called “Here Comes the Sun,” as per the ABC synopsis, “The Grey Sloan doctors treat a patient who encountered illegal fireworks. Bailey has her sights set on hiring new doctors, but she’s having trouble finding viable options, and Owen and Teddy attempt to take the next step in their engagement.”

Tonight’s episode begins with the pandemic being over. Seattle was celebrating with something called the “Phoenix Fair” and that was creating medical emergencies for all the first responders. The hospital was full of drunk revelers. It was also lacking in doctors. Bailey was having a tough time replacing Koracick Wilson, and Avery. All three doctors left the hospital or changed their specialty rather abruptly and so Bailey is still dealing with it. She was tied up in replacing the doctors she lost that she ignored something. She ignored a plea from Hayes. Hayes invited Bailey and her family over for dinner. His kids were new to the area when the pandemic happened and it prevented them all from having friends. Hayes was hoping that Bailey’s children could help his own adjust.

Bailey missed the subtle cues he was giving. She responded to his invitation with words about checking in with her husband and seeing if it will be okay and by then Hayes retracted the invitation. Bailey didn’t think much about it. She was still looking for doctors and it was great that Maggie and Winston returned from their honeymoon. They were needed. Maggie assisted in the hiring process and Winston assisted in the Emergency Room. Owen called out sick because he was getting married. He and Teddy were finally tying the not when a group of bicyclists crashed into them. The bicyclists were doing the Undie Run. It’s a bicycle race in their underwear and a couple of tandem bike drover into the priest.

The priest lost consciousness before he could complete the ceremony. He was just about to cement the couple in marriage when he got run down and knocked out. Teddy and Owen took everyone to the hospital. The bicyclists had also needed help. The bicyclists that hit the priest were a married couple trying to spice things up and one of them was now annoyed with the other because of the crash. The crash victims were also both assigned a doctor in the Link/Amelia feud. Link and Amelia spent most of the pandemic in lockdown together and it had been great because he realized he wanted to marry Amelia. Amelia however was unsure of him. She didn’t want to get married and she thought Link proposing the way he did with four rings and all the kids was manipulative.

They’ve both complained about what happened to anyone willing to listen. They also haven’t been talking much and so it was a little annoying when work forced the matter. They even had to perform surgery together because one of the bicyclists named Nadi had required a bone guy as well as a neurosurgeon. She had a preexisting condition that was magnifying her symptoms from the crash. Link and Amelia rushed her into surgery and they were still there as Bailey was interviewing candidates. There were some that refused to do any pro bono work while others demanded too much money. There was also a threat of losing Meredith. Meredith left town to visit Dr. David Hamilton in Minnesota. Hamilton was a friend of her mother’s and he was honoring Ellis Grey by opening a library in her name.

It was a ruse of course. Hamilton offered Meredith a job and he admitted that he was a patient. He has a condition and he needs a neurosurgeon. Meredith wasn’t a neurosurgeon. Only her name and the chance of working with her will draw the best of the best. Meredith was considering the offer. She heard out Hamilton at least because he was a friend of the family’s and so everyone’s concerns about her leaving weren’t far-fetched. Bailey and Richard were worried about her leaving. They also were in the middle of a hiring spree when a man came in after blowing off half of his face with fireworks and so Richard ended up hiring someone who has never been a Chief before. The doctor he hired was an Assistant Chief at another hospital.

Dr. Lin was capable. She worked with a doctor who resented hiring women and so she had to deal with that for a while. Now, she was ready for leadership. She continued her interview as she performed surgery and the doctors got to see her work firsthand. The impression she made was a favorable one. They were all ready to hire her for real when Teddy and Owen were expressing their condolences. Their priest died. He died performing their wedding now Owen sees it as a sign. The bicyclist that hit him also knew she was going to be blamed by her wife for what happened and so she left off some steam to Link and Amelia. She told them that marriage is great for a few years and afterwards it was about silently resenting each other. She even pitched the bicycle run because she thought it would give them something to talk about.

Meredith meanwhile was running into old acquaintances. She met up with Dr. Nick Marsh and he thanked her for saving his life and they both talked about what they’ve been up to these past few years. Meredith told him she had been dating someone. It was Hayes and the relationship ended because his son had a problem with it. Hayes was a widower like Meredith. His children were old enough to remember their mom and they were still angry enough about it that they didn’t want to move on with anyone else.

Teddy and Owen were later married by his sister. His sister married them after getting ordained online and everyone who cared for the couple was there. They were all at the bar near the hospital. Dr. Lin also discussed the job with Richard and Bailey. She told them she would need to think about it because the residents there weren’t at her level and so Richard begged to take the job by saying he would bring the residents up to her level.

Bailey also went back to Hayes and she talked to him about his kids. His youngest son has been having panic attacks since finding out about Meredith. This is why Hayes ended things and unfortunately, it didn’t stop the panic attacks. Hayes’s children needed someone to talk to. Bailey invited him and his family over for dinner. And that was going a long way with Hayes.

Link proposed to Amelia again and she turned him down again. She doesn’t want to get married. He does. The relationship, therefore, was over.