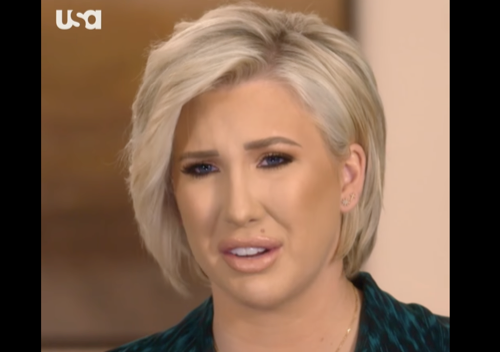 Savannah was having renovations done on her condo. She was also handling orders with her new cosmetics line and so she had needed a quiet place to work and she turned to her brother Chase. Chase agreed to let Savannah stay with him at his place. Chase was living in a big house with his roommate Elliott and both were fine with Savannah staying over. They talked to her about it. She told them her renovations were supposed to finish in three to five weeks but they suspected it might be seven to ten weeks instead and they still agreed to let Savannah move in. Savannah was working from the house. She had her new assistant come over and right away the boys spotted trouble.

The assistant was hot! His name was Nick and once again he was hot. Chase took one look at him and suspected Savannah didn’t hire her assistant for his experience. It also seemed odd that the new assistant shared the same name with Savannah’s ex-fiancé. Chase waited for Nick to leave before he confronted his sister. He told her that she hired her assistant because he was good looking and she tried to deny it. She said Nick was heavily qualified. She also made a bet with Chase. Chase didn’t think Nick would last more than a week in the new job. He bet that Nick would last less than a week and if he lost his best then he agreed to be Savannah’s assistant for a week. If he won this bet, then Savannah has to agree to whatever he comes up with.

Savannah agreed to the bet. She thought she would win and then Nick took the day off. Nick took the day off on his third day working for Savannah. He apparently told her he couldn’t come in because he was at the gym. Nick continued to flake on Savannah and it got so bad that she asked her father and Elliott for help because she didn’t want to fire Nick. She didn’t want to lose the bet. Savannah still chose not to fire Nick even after he told her that he had four day work week. Nick found new excuses every day for why he couldn’t come into work. He was purposely avoiding Savannah and it was only going to get worse and yet Savannah was afraid of the bet. She didn’t know what Chase would choose if she lost.

Savannah placed the bet over her business. She also placed hotness over experience. She hadn’t checked out Nick’s references. Todd had asked about her that and she said she hired Nick because he had a large social media following. Savannah thought he would bring in traffic to her company based on his following. She didn’t take in the fact the man just refuses to work and so she eventually fired him. She fired him and lost the bet. Chase found out. He decided as punishment that Savannah had to act as his caddy when he went golfing and he had running all over the place trying to appease him. Chase also had his own issues. He’s been spending more time with his girlfriend and that meant he didn’t have the time to hang out with his best friend, Elliott.

Elliott got jealous. He missed going paintballing with Chase and he also got jealous when Chase said he was going to do a couple of costumes with Emmy and not with him. Chase couldn’t do the matching outfits with Elliott else he’d upset Emmy and he couldn’t do one with Emmy else he hurt Elliott. But Chase’s girlfriend came up with a solution. She decided to do a group matching outfits with both Chase and Elliott. They went as Tiger King, Carol Baskins, and one of the tigers. Elliott wore the tiger costume. He loved it. He loved the idea concept and they looked better than Savannah and Todd who were also competing against them in the costume competition. And who also was wearing a Tiger King-inspired costume.