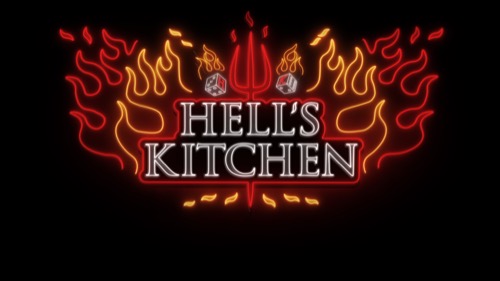 Tonight on FOX their Gordon Ramsay culinary competition series Hell’s Kitchen airs with an all-new Monday, May 31, 2021, season 20 episode 1 premiere and we have your Hell’s Kitchen recap below. On tonight’s Hell’s Kitchen season 20 episode 1 episode called, “Young Guns Come Out Shooting,” as per the FOX synopsis, “The final two chefs compete in their most important cooking challenge, for a chance at the life-changing grand prize, including a Head Chef position at Gordon Ramsay HELL’S KITCHEN Lake Tahoe at Harvey’s Hotel and Casino and the title of HELL’S KITCHEN Season 19 winner.

In tonight’s Hell’s Kitchen premiere episode, the show has been on for 19 seasons, chef Ramsay has tested hundreds of chefs. Each season has pushed and nurtured. Every year he comes up with innovative ways to come up with America’s next great chef. But at times, the chefs battled each other.

And some, have taken on chef Ramsay. Emotion, and struggle, chef Ramsay has crowned winners and launched careers. Season 20 is a milestone season and chef Ramsay is looking for more than a winner, he is looking for a young protégé that he can mold into the next culinary superstar. This is the fiercest, wildest, most dramatic Hells Kitchen season ever! This is Hell’s Kitchen Young Guns.

The contestants arrive at Hell’s Kitchen. They are introduced to Shakala and Sean, their tour guides of the Hell’s Kitchen museum. Chef Ramsay has created a museum to celebrate the twenty seasons; the good, the bad, and the ugly.

Chef Ramsay has put together a documentary film that they have to watch. All of a sudden, the curtains open, totally unexpected, there is a crowd, and everyone is cheering them on. Gordon Ramsay welcomes the season 20 chefs. Ramsay tells them that they are the future, food has changed dramatically in America. Furthermore, the winner will be his protégé at Gordon Ramsay Steak.

Total Scores: Blue: 28 Red: 30 Morgana won it for the team. The winning team will dine at Gordon Ramsay Steak 2.0, and they will have three Hell’s Kitchen winners joining them. Season 17 winner, Michelle, season 18 winner, Ariel, and season 10 winner, Christina.

The men have a difficult day ahead of them because it is the stock day, they will be making stock and they have a number of deliveries arriving.

The girls get all dressed up and head out for their luxurious dinner. Christina asks them if they sized up the men, they say they are not worried.

Back to Hell’s Kitchen, Brynn is super emotional, and her teammates are worried about her breaking down at the smallest thing. Chef Ramsay calls the chefs to the kitchen where they get a lesson in mixology. The guys doing the mixology are actually three guys that rip off their pants, go down to their boxers and start juggling. Chef Ramsay tells the chefs that they will be juggling the finest of alcohol with the finest of proteins.

The winner of the individual challenge will receive a punishment pass, where they can bypass a team punishment, go on the winning team reward and choose someone from the winning team to take their place, on the losing team. Gordon tells them that they definitely want to get out of those punishments.