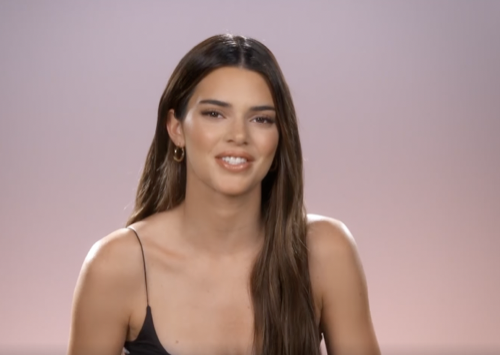 Tonight E!’s most-watched series Keeping Up With The Kardashians (KUWTK) returns with an all-new Thursday, April 1, 2021, season 20 episode 3 and we have your KUWTK recap below. On tonight’s KUWTK season 20 episode 3 called, “Winners Take All,” as per the E! synopsis, “Kim and Khloe think old flames are brewing between Kourtney and Scott and take it upon themselves to set them up on a romantic date.

The Kardashian girls challenge the Jenners to an obstacle course to determine once and for all which side of the family is more athletic. Kris and Corey agree to abstain from sex as an experiment for Poosh.”

In tonight’s episode of KUWTK, the family is at their Malibu house. They are eating when Khloe mentions Kendall has spider arms. They arm wrestle. Khloe loses against her but Kim beats her. Later, Scott and Kourtney are hanging alone. It is weird for Kourtney but nice for them to talk without the kids there.

The next day the family plays volleyball. Kim is getting competitive because Kendall always says the Jenner’s are gifted. Kim suggests they have an obstacle course competition. Corey and Kris talk to Kourtney about her article she is writing about celibacy and how it affects relationships. Kourtney thinks they should try an experiment and not have sex for 2 weeks.

Corey is having a hard time not touching Kris. She needs them to try this. She tells him to take a cold shower. On the other side of the house, Kendall, Kim, and Kourtney talk about their obstacle course. Kim shares that she found Kourtney and Scott sleeping together on the couch. She snuck away. She wonders if they are hooking up.

Kris and Kylie hang out on the trampoline. Kris tells her that she does think the Jenner’s are more athletic. Kim overhears this. Kylie shows off a backflip. Kim cannot do one but wonders what else Kylie can do.

Kim tells Khloe and Kendall they need to set up Kourtney and Scott. Like Parent Trap them. They all decide to plot something to get them together. Meanwhile, Kourtney has a coach come over and teach Kris and Corey Tai Chi. After, she teaches them how to focus.

Kim’s trainer comes over for the ladies to train. Kim is in trouble because she has a cyst that bursts behind her knee. She is still going to train. What they don’t know is that Kylie and Kendall are also secretly working with their trainer.

It is the day of the competition and they are all a mess. Kylie has a sinus infection, Kim’s knee is bad and Kourtney has problems. Kylie is not coming. Kendall is still down to beat the 3.

When they get out to their specially set up course, Kim tells them she cannot do this. Her knee is in pain. Now it’s down to Khloe, Kendall, and Kourtney. Khloe goes first. She gets 2:48.

Kendall goes next. She struggles a little and admits it’s a tough course. She gets 2:35 for her time. Kourtney goes next. She has trouble with the wall being 5’1”. She makes it at 2:39 just 4 seconds behind Kendall.

Later, Kourtney hears noises, and it’s her mom and Corey. She sneaks over to the bushes and looks down to see Corey massaging her mom’s neck. They tell her they haven’t cheated.

Kim and Khloe set up a romantic dinner for Scott and Kourtney. Later, the two show up to rose petals and notes. They work their way down to the water to see a table for two. Kourtney thinks Scott did it. He tells her it wasn’t him. They sit and eat. Scott feels like the family really pressures Kourtney to be with him.

The next morning, Khloe and Kim arrive at the Malibu house and see Scott and Kourtney in bed. They set a romantic scene to make Kim and Khloe think they sealed the deal. But they share that they didn’t. Khloe doesn’t believe that.