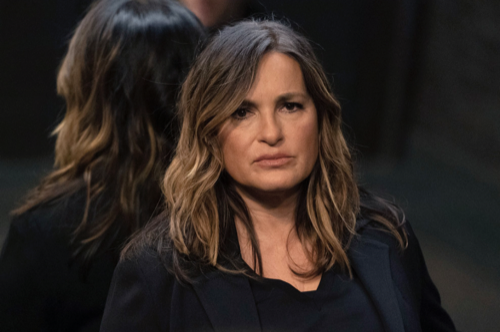 Tonight on NBC Law & Order SVU returns with an all-new Thursday, March 1, 2021 episode and we have your Law & Order SVU recap below.  On tonight’s Law & Order SVU season 22 episode 9 “Return of the Prodigal Son,” as per the NBC synopsis, “The squad rallies around Det. Stabler to find the suspect behind a threat to his family.”

In tonight’s Law & Order SVU, the episode begins with Benson, who is driving in a car and it is raining. She is on the phone with Tutuola and she tells him that she has a 10-13 and will be there soon. Benson stops at the scene of a car bomb that went off, she notices that one of the victims is Kathy. She turns around and she sees Stabler and he says, “he tried to kill her, he tried to kill Kathy.”

Benson is at the hospital, Tutuola is there and she asks him how did this happen, why. Kathy went to get into a rental car. They have been living in Italy, Stabler had to come in for some kind of task force meeting and he and Kathy decided to make it a trip. He called Tutuola and told him that he was coming, Tutuola mentioned Benson’s award, he thought enough time had gone by. He is working for NYPD, he is the international liaison in Rome.

This is all Tutuola knows. Stabler walks up to them and says the doctors are still working on Kathy; burns, concussion, fractured pelvis. Stabler tells Benson he got a call and stepped away, he gave Kathy the keys. Stabler’s two kids walk up, he tells them Kathy is alive and in surgery, but they don’t know anything else. Benson tells them she is there to help if they need anything.

At the station, Kat tells Benson this may be unrelated but there were a curfew protest and the lit two police vans on fire, just two blocks away from what happened to Kathy. Benson wants to take the lead on the case since she knows the family.

Rollins is with Tutuola on the street looking for clues, he gets a call from intelligence, they found a guy who threw a cocktail explosive into an empty NYPD van a few blocks from there. They bring the guy into the station to question him, his name is Jacob, he says he wasn’t involved, he was photoshopped into a picture they show him. They found explosives, zip ties, and a taser in his backpack, they don’t believe him. Stabler is there, Benson introduces him to Carisi and Kat.

Stabler wants to talk to Jacob, Benson says no, and Carisi tells him that he shouldn’t be there, but in the end, she gives in and lets him speak to the guy. Jacob says when the police arrested him he heard them say the woman in the car was a policeman’s wife. He could hear her moaning. Stabler tells him it is his wife. Stabler gets upset when Jacob says his wife is just another casualty in a war going on and Benson throws him out of the room.

Outside, Benson and Stabler get into a disagreement, he rushes up and tells him that Kathy is awake, he heads to the hospital.

At Mercy Hospital, Benson tells Stabler that Jacob is going nowhere. She asks him if Kathy is lucid enough to tell them what happened, yes she is. She tells Benson that Elliott was on the phone, it was dark, she didn’t see anything and she is sorry. She says it is like the old days, the two of them together, and she can’t believe they haven’t talked for ten years. Kathy is really tired, Benson leaves.

Once Kathy is asleep, Stabler tells Benson that he put her in a bad situation back at the station. He says he is sorry. She asks him if he is sorry for leaving, walking out, and not giving her the courtesy of telling her. She says he walked away, that is what he did, she had to find out from someone else. She tells him that he was the single most important person in her life and he just disappeared. He says he was afraid that if he heard her voice he wouldn’t have been able to leave. She gets a call, she has to go back to the station.

Chief Garland tells Benson that he looked into Stabler’s background and this is a cop that is used to taking matters into his own hands and getting away with it. He asks her why he resigned from the force, she says his last shooting was a 16-year old girl who brought a gun into the station – he was done and they never spoke after he left. He got too rough at the end because he cared too much. She says she is not making excuses for him and she is not apologizing for him, but she thinks he has changed. He is a good detective. He tells her they can agree to disagree, but he doesn’t want his behavior in the station.

At CSU garage in Chelsea, Tutuola and Kat are there to get info on the car that blew up. It appears that it was a sophisticated device that blew up the car, maybe terrorists.

Calle Dao, Stabler is having a drink with Tutuola, he tells him about his liaison job that he took four years ago. He is also testifying in the case, these two guys, are involved in money laundering and extortion, he picked them up six months ago. Tutuola tells him that arson said the bomb was more international than domestic. Stabler admits he was worried about that. He says Kathy is doing better. Tutuola brings Stabler up to date, Benson has a son, she had a few relationships, one was pretty solid.

Stabler is in the hospital with Tutuola and Benson when alarms start to ring in Kathy’s room. Doctors run in and they won’t let Stabler inside. Kathy went into cardiac arrest, but she is still alive. Benson asks Stabler for his case files, he says he will get them to her.

At the station, Benson tells Kat and Rollins that Stabler has been working anti-terrorism, international sex trafficking, and organized crime. Rollins asks her if she thinks Stabler is the target, she says it certainly looks like it. Rollins asks her if it is true if she had a complicated relationship with Stabler, she says yes, and he was the only one that had her back.

Green Haven Correctional Facility, Tutuola, and Carisi visit Yuri Lenski. Carisi tells him that he is on parole in a couple of months, the DA can help him. Lenski says he can do a few more years, he doesn’t turn on family.

Derasi Auto Body, Rollins, and Kat visit Sasha Lenski, a relative of Yuri. Benson tells Stabler that the guy has no record and no known association with any radical groups, he is a low-level earner, his DNA is on the cell phone they found as the trigger that blew up the rental vehicle. Benson asks him who else knows that he is there, he says nobody besides his family and force. Stabler wants to be in a room with Lenski, Benson says no way. She tells him to stay with Kathy, she has to get back.

Tutuola and Rollins question Lenski, his alibi is that he was at the shop the whole day, they can ask his boss. Benson thinks Stabler was the target. Carisi says that maybe Lenski was set up.

Arraignment Court, Lenski is there with his lawyer, Carisi says he is looking at going to prison for the rest of his life and if this was a job for hire, they need to know who hired him. Another lawyer walks in and says he is the new lawyer hired by the family, his name is Spencer Cochran.

Benson says there is no way Lenski’s family cannot afford Cochran. Benson gets a call from Stabler, Kathy has passed away, she goes to see him in the hospital and he looks devastated. She hugs him and tells him that she is so sorry. Stabler doesn’t know what to tell the kids, he turns to Benson and tells her to make sure that the SOB goes down for murder.

Tutuola goes to see Carisi and tells him that Kathy died. Kat and Tutuola go see Sasha, they go to his cell and find him dead with a needle in his arm. The guard tells them nobody was in the cell. They made it look like an overdose, but they know it wasn’t.

Tutuola and Carisi go back to see Yuri and tell him his nephew is dead. Carisi tells him that they know the DA has been here to see him twice now, he is on borrowed time.

Tutuola and Kat then go to the garage and tell Sasha’s boss that he is dead, and they are going to check every part VIN number in the place.

Chief Garland tells Benson that SVU has been taken off the case, intelligence is taking over. He tells her to stand down.

Stabler is in the chapel, his kids come in and hug him – we see Benson watching from the door, he looks up to see her.

We see Stabler go to jail, he speaks to two guys and tells them that Sasha was murdered in his cell at Rikers two days ago. Receipts from their money transfers were for the Queens auto body shop where he worked. All of a sudden, intelligence comes in and tells him to stand down.