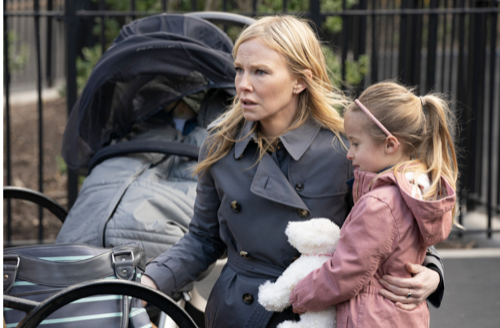 Tonight on NBC Law & Order SVU returns with an all-new Thursday, May 20, 2021 episode and we have your Law & Order SVU recap below. On tonight’s Law & Order SVU season 22 episode 14 “Post-Graduate Psychopath,” as per the NBC synopsis, “Rollins must revisit an old case when a child sent to juvenile detention is released after his 18th birthday.”

In tonight’s Law & Order episode the episode begins in March 2013 when parents are concerned about their son’s welfare, he tried to kill his sister and he shot a cop. The judge will sentence him to a juvenile facility, he will get help in a secure treatment facility. Benson tells the parents that their son will probably be locked away until he is 18.

Family Court, December 17, 2020. Henry Mesner is now 18 years old; he has been a patient since he was 10. When he got there, he was incapable of empathy, he was lacking remorse, impulsive, and a pathological liar. His doctor who has treated him for five years says that he broke the diagnosis.

In his years of treatment and the positive reinforcement of the facility, he has learned the tools to control his emotion and behavior. His family has visited him regularly and looks forward to him returning home. We get some flashbacks to when Henry was young and every gruesome thing that he did to his family, and the drowning of his dog, Snowball.

Kat is on the scene where the victim, Libby Blandon, 19, unconscious, burned, and lost a lot of blood, they really did a number on this girl. Her roommate found her tied up, gagged, and naked. Tutuola is on the scene as well. Kat speaks to Libby’s roommate who says that Libby and she were at a day rage yesterday and Libby left early 7 or 8. Her roommate hooked up with her ex, so she only came home in the morning. Tutuola and Kat search the room, they find an electrical cord and lots of blood.

Rollins is at the park, Benson calls her, she needs to meet her at the hospital. Rollins turns around and is panicked when Jessie tells her that a nice man gave her a stuffed puppy, he told her the puppy’s name is Snowball.

Mercy Hospital, Saturday, April 3, Libby tells Benson and Rollins he knocked on her dorm room door, said he was locked out, and asked if he could use her cell, she let him in. She figured he lived in the door, he was her age, had a nice smile – but she didn’t recognize her. She said it happened fast, he covered her mouth, he had a knife, pushed her on the bed, and asked her if he should cut her clothes or burn them off.

He made her choose. He smiled, then he tied her up, cut her clothes, raped her and burned her with cigarettes, choked her until she almost passed out and before he left, he asked her for her debit card and the code. He came back and took one of her stuffed animals, a white dog. Rollins shows her a picture of the dog the man gave Jessie, it is the same.

Rollins tells Benson that this can’t be a coincidence, that Henry drowned a dog named Snowball.

Cooper Square, Saturday, April 3, there is a hit on Libby’s debit card. Tutuola and Kat o to see a man who used the stolen debit card. He is homeless and he says there is somebody not right about the guy who had him take $50, then go to the hardware store and buy zip ties, rope, duck tape, and a hand torch.

Rollins calls the facility to find out about Henry Mesner, just then, Gretchen Blandon walks up, Libby’s mother, she is an adolescent psychiatrist, specializing in violent behavior, and she says they are dealing with a psychopath. Rollins says this may be a shot in the dark, but does the name Henry Mesner mean anything to her. She hasn’t seen him in five years, she treated him when he was first admitted. She was the one who told him that his mother had died. Benson asks her if she ever mentioned her daughter to him, she says yes.

Home of Holly and Tom Mesner, the team is knocking on the door and there is no answer. They force open the door, inside there is blood splattered on the walls, broken glass, and dead bodies. Henry is on a spree and it started there where there are three dead bodies; father Tom, stepmother Holly and stepbrother Arlo. He killed them Friday morning, he assaults Libby Friday night, and on Saturday, Jessie has an encounter with him at the park. Rollins comes out of the house and says he was armed, there is a gun cabinet in the house that is empty. Henry’s sister Ruby is alive, she was staying at someone’s house when the massacre happened.

Home of Megan and Charlotte Davis, Sunday, April 4, Rollins and Kat are there to give Ruby the news. Ruby is shocked that her little brother is dead as well. Ruby last spoke to Henry on Friday, he was fighting with his dad about getting a job. Ruby says he was playing video games a lot, the only friends he had were the ones he met in the facility.

Hesland Juvenile Psychiatric Facility, the doctor says that Henry passed all the tests, the judge said that they had no need to worry and released him. It appears that Henry spent eight years there learning how to act normally. He had one friend in the facility, he tells Tutuola and Rollins that he knows nothing. Rollins threatens him, he finally tells them to check with his older sister, Cora, who hooked up with Henry. They head to the apartment, nobody is there, they look around and Cora arrives home. Benson tells Cora that her boyfriend is armed and dangerous. She says he is a gentle soul, the demons are gone.

They take Cora into the station, she says he likes Morningside Park, there are photos in their cloud. Rollins looks at the phone and finds photos of Jessie, his family, and Ruby, Libby; he has been stalking everyone. They arrive back at the home of the Davis family, Megan is on the floor, but she is alive. Charlotte is tied up and her hands tied to the shower stall. Henry took Ruby, he said he wanted to go on a ride. Rollins is thinking that when Henry said “ride” he meant amusement park. There is one nearby, they head to it, gate the chains on the gate and go in. Rollins notices something at the funhouse and goes inside, even though Tutuola told her to wait for backup. Rollins finds Henry, with a gun to Ruby’s head.

He tells her that he wouldn’t have hurt Jessie, she was not on his list. The backup is outside, someone is coming out, it is Ruby, she has Henry’s gun and it is not loaded. Rollins is not answering Benson. Rollins and Henry are sitting down, talking. She asks him why he came there, he said he had his childhood taken away from him. He loves the ocean, the ocean doesn’t give a crap about you and does whatever it wants. She asks him what happened. He says he was playing in the waves when he was ten with Oscar, they didn’t realize that there was deep water at the end of the flats.

They got caught in a riptide, he saw Oscar gasping, his mother jumped in. Oscar and his mother drowned, he wasn’t scared, he just floated with the tide and lived. That was the first time he knew he was different, he was bumped he didn’t see Oscar and his mom die. Rollins asks him if he wants to get shot, or does he want to go out with her. She says she remembers him as a little boy, in the kitchen, eating strawberries. She was worried about him, even now, she doesn’t want him to die. Rollins comes out with her, she has him cuffed and she tells them not to shoot him. Rollins says where ever he ends up, they need to throw away the key.

Dr. Peter Lindstrom tells the team that Henry is competent to stand trial.

Competency Hearing, Supreme Court, Tuesday, April 6 – Henry attacks Carisi in court with a pencil and shouts that he wants his daddy. The Judge reminded him, he will probably go back to a mental facility. Rollins goes to see Henry, he is pretty drugged up. She tells him that when she said she didn’t want him to die, she lied, if he ever goes after anyone in her family again, it will be his last day on earth, she will kill him herself. When she leaves, he smiles.