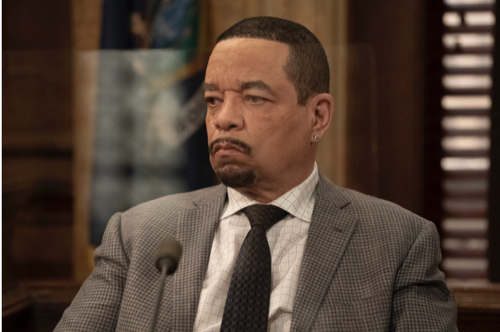 Tonight on NBC Law & Order SVU returns with an all-new Thursday, January 7, 2021 premiere episode and we have your Law & Order SVU recap below.  On tonight’s Law & Order SVU season 22 episode 4 “Sightless In A Savage Land,” as per the NBC synopsis, “The squad spends New Year’s Eve tracking down an Amber Alert, and Carisi faces off against Counselor Rafael Barba in an emotional courtroom battle. Also guest starring Brett Parks, Bhavesh Patel and Vanessa Carrasco.”

Amanda invites Dominik over for new year’s because he is going to be alone. Meanwhile, Fin bought an engagement ring but doesn’t get a chance to propose because of an Amber alert. Olivia made cupcakes for she and her son, they are watching the ball drop.

Rollins and Fin show up for the Amber alert, an ACS supervisor called in the alert. One of his foster daughters ran away because she wanted to go out on New Year’s eve but he said no. He explains that he witnessed to men pulling her into a box van.

Kim shows up at the station, she tells Fin and Benson that she arrested her mom and her mom’s pimp, they were working out of a white box van.

Rollins and Tamin are still on the street and asking questions.

Roosevelt avenue underpass, Queens; Fin and Kim show up to speak to Chile, he is a pimp and runs his girls out of a white box van, but the Amber alert girls is not there. Meanwhile, at Mercy hospital, there is a good that matched the Amber alert, she was brought in because she was bleeding out, she was eight weeks along. Rollins and Benson are there, they interview Nidia, the Amber alert girl. She says she was bleeding and her foster father, AJ, carried her to his car to bring her to the hospital. Rollins asks if Chile is her boyfriend, she says no, she is in love with AJ.

Rollins and Fin bring in AJ, he says Nidia ran away on New Year’s eve. Fin tells him that she claims he was taking her to the hospital, she is pregnant, and he is the father. AJ says she is angry because they are strict and she is lying. Rollins says they need to search his car, and a DNA sample. Fin tells him if he is innocent, why not just clear this whole thing up. AJ says he wants to speak to his supervisor.

Benson got Nidia’s cell phone records, her dad texts her everyday, maybe she confided in him. Alexander Montgomery VA Hospital, Fin and Kat head over to speak to the father, he says that Nidia doesn’t have a boyfriend, she is thirteen. Fin asks how well he knows the foster parents, he says he really doesn’t know them but the father seemed protective of Nidia, he always had his arm around her. Between Nidia and her mother with drugs, and his condition, all Nidia has is her foster parents right now.

Fin and Kat return to the station, he tells Benson that the father it not telling if there is anything Rollins has information from AJ’s computer, he tried to delete the history, but they got it. His recent searches, NY abortion clinics and abortion drugs. Nidia told Rollins that AJ made her smoothies, maybe he slipped her an abortion drug.

Fin and Benson meet Barba in a café and tell him about Nidia’s father, to try and cut him a deal. Barba goes to see Carisi and tells him that the guy has a purple heart, he is a vet and has PTSD. Carisis asks Barba if he is representing Mickey Davis, Nidia’s father. Barba says he is going for straight up not guilty. Riker’s Island correctional facility, Fin and Barba are there to see Mickey.

In court, Barba is the first to have his opening statement, then Carisi before they choose jurors.

Fin is out on the witness stand, then Mickey. Barba asks Mickey how he ended up in a wheelchair, Mickey tells his story and then he says he will never get over what happened to Nidia in that house, she was failed. Mickey says he went to the courthouse to see AJ look him in the eye and that is why he waited outside the courthouse, because he just wanted AJ to look him in the face again, and when he said not guilty, he lost it. Carisi pressures Mickey who eventually says any day of the week, he would shoot AJ again for raping his daughter, he is supposed to protect her.

It’s time for closing arguments. Mickey is found guilty, he gets three and a half years. Nidia is in a group home, she is mad at her father, she didn’t want AJ to die. Meanwhile, Carisi is having a hard time with the case, down deep, he didn’t want Mickey to do any jailtime either.