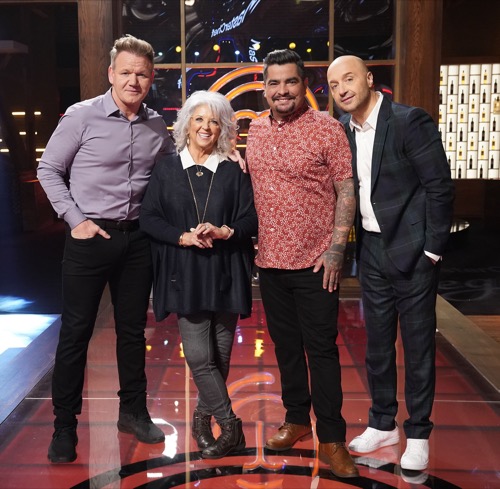 Tonight on FOX Gordon Ramsay’s Masterchef returns with an all-new episode on Wednesday, June 16, 2021, season 11 episode 3 called “Legends: Paula Deen – Auditions Round 3,” and we have your weekly Masterchef recap below. On tonight’s Masterchef episode as per the FOX synopsis, “With only nine aprons remaining in the audition rounds, the search for the next MASTERCHEF continues. The next round of home cooks has just 45 minutes to impress the judges, along with the guest judge and legendary Michelin Star chef Curtis Stone, who also is a judge on FOX’s CRIME SCENE KITCHEN.”

In tonight’s Masterchef episode, tonight’s episode begins with only five aprons left, it is coming down to the wire. Adding to the pressure is an undeniable queen, award-winning chef Paula Dean. This is the final round of Masterchef Season 11 “Legends” round of auditions. Ten home cooks have earned aprons. Paula says when she first started she was 42 years old. She tells the home cooks to not be anything they are not, be themselves.

Brittany, 35, a stay-at-home mom from Arlington, TX prepared a Filet Mignon with Horseradish Butter, Mashed Potatoes, Asparagus, and Tomatoes, she is a singer and a cook. Paula says she had to go to the center to get the kind of meat that she prefers and the whole thing was very predictable. She doesn’t earn an apron.

Michael from Laguna Beach, California made a Bitter & Lemon Roasted Salmon with Capers, Tomatoes, and Artichoke Hearts, he says food is his language of love. Joe says he has ten dishes in one and it is really confusing, he needs to edit himself in flavors, it is too much. Paula says the salmon was a little undercooked and it was sloppy looking. He doesn’t earn an apron.

Kelsey is 32, a Physical Therapist from Indianapolis, IN who has sacrificed so much to be here. She has a one-year-old son who she stopped nursing the day before she left to prove that she is a chef. She prepared a Crispy Steelhead Trout with Pea & Tarragon Puree, Fingerling Potatoes, and Sauteed Mushrooms. Aaron says the fish is gorgeous, Ramsay agrees he says it is flaky and perfect, bloody delicious. Paula says maybe a little more char on the mushrooms, the flavors are delish. Joe says the dish is like her, mild, kind, and sweet. It is a resounding yes for Kelsey to get an apron.

Lexy is a 23, a stay-at-home mom from Zion, IL, and Masterchef is going to allow her to pursue her dreams and get her family to a different place. Making a burger in a competition is super risky, she prepared a Stuffed Burger with Black Garlic & Goat Cheese, and Roasted Brussels Sprouts. The moment of truth, the burger cannot be overcooked. Joe says it is perfect. Joe tells her she didn’t reinvent the wheel, it’s a stuffed burger, it’s been done before, it’s good, but she burned the bread. Gordon can’t believe she is 23, she poshed up the burger. Paula says it was truly delish. Joe thinks it is too mature. Aaron says yes and so does Paula. Gordon says it was exceptional and he loves what she did. Lexy gets an apron.

Tay is 29, a radio host from Omaha, NE, his heart is in cooking. He made a deconstructed reconstructed apple pie – Buttermilk Biscuit Apple Pie with Vanilla Bean Whipped Topping. Joe says yes, he loves the dish. Aaron tells him don’t feel like he is being cute a cheeky, it rubbed him the wrong way. Paula says the butter was out of this world, she says yes. Gordon says yes, he gets an apron and he is going through.

Mary Jane is 59 a Hospice Nursing Assistant from Bastrop, TX, she is making a pie. The only thing that she wants to do for the rest of her life is cook, she got it from her mother who she lost at nineteen years old. Mary Jane says she can die a happy woman, she met the queen of the south, Paula Dean.

She prepared Key Lime Habanero Pie with a Toasted Macadamia Nut Crust. She says she would love to own a bakery, she would call it Cutie Pie. Paula goes in for seconds. Aaron says he has never seen a dessert that tasty with chili in it before. Joe says it was 100% satisfaction. Paula says it was perfect. The crust was incredible. It’s an immediate apron for Mary Jane, Paula tells her to make her another pie.

Alan is 20, a Valet Attendant from Nogales, Mexico, in 2009 the situation in Mexico was bad, so they moved to the United States. His love for the kitchen came from helping his mother in the kitchen. He jokes that he doesn’t know Paula Dean, but he does. He has watched every season of Masterchef. He wants to impress Aaron the most, he was born fifty miles from where he came from. Joe says it is amateurish, but he enjoyed it.

Aaron says he spent too much time with the tortilla, it is a little off. Paula feels the same, she liked the inside but not the outside. Gordon loves what he did, but he missed the mark on the tortilla. Joe says it is not the level that they are looking for. Paula says he is not ready, Gordon says no that he is not ready for the season of Legends. Aaron says no as well, but he has a scholarship fund, but he will say yes for him to get one of those, to go to culinary school in New York City. Aaron hugs him.

Kathleen is from Lombard, IL and she made Seafood Risotto. Joe says it is pretty good. Aaron says it needed an action pack shellfish broth. She doesn’t get an apron.

Mike is from New Jersey, he made Vegan Crab Cake with Jalapeno Remoulade and Dill Potato Salad. Paula says it tasted like a crab. Gordon says he wasn’t a fan of the mayonnaise. He gets an apron.