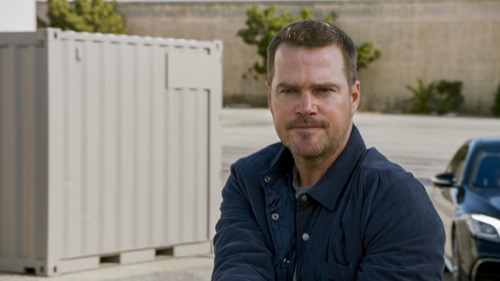 Tonight on CBS NCIS: Los Angeles returns with an all-new Sunday, February 28, 2021, season 12 episode 12 called, “Can’t Take My Eyes off You” and we have your weekly NCIS: Los Angeles recap below. On tonight’s NCIS Los Angeles season 12 episode 11, as per the CBS synopsis, “After Callen receives a cryptic message from Hetty, he tracks down the person tailing him, bringing him to a remote location teeming with Russians — and face to face with Anna.”

The team has a problem. Their problem was Callen and whoever was following. It was one thing that Callen has been acting out of character lately, but he made his problem the team’s problem when he brought a Russian back to the boatshed and did his best to interrogate him. Callen, it seems had found out who was following him. He got the jump on him during breakfast one day and he brought the guy he captured back to the boatshed.

Callen later tried getting answers out of the guy. He tried to frighten him on his own and he couldn’t because the guy knew a little thing about his rights. He knew Callen couldn’t keep him cooped-up there forever. He also knew that if he stuck to his story that there was little Callen could do that could change that. Callen, therefore, needed help and so he turned to his team.

Callen asked Fatima to do a background search on the man he captured. She did look Mishkin up and his backstory was verified. He works for an oil extraction company called Cherneft. There was history on the company. There was history on Mishkin or whatever his real name is. The team had nothing on this man and so that stumped Callen. However, the team also received a warning from Hetty.

Hetty sends a coded email from Syria that there was an imminent threat and so Nell looked into it. She wanted to see if it was connected to Callen’s thing. She decoded the message and it was telling her to look into Doby Distribution. Deeks and Kensi were asked to go check out the company and there was a minor issue when Kensi began feeling side-effects.

Kensi was taking drugs to help her conceive. She and Deeks wanted to start trying to have a baby and they haven’t told the team yet. Kensi’s pregnancy journey is currently a secret. So, too are the side-effects. Kensi was feeling dizzy and so they told the rest of the team that she was having problems with her back. She stayed behind and Deeks went with Sam to check out the company.

The “company” was a deserted building. It didn’t seem like it was connected to Callen’s case and so most of the team leaned towards dismissing a connection. Callen also had to release his prisoner. He released Mishkin and then had Roundtree follow him. Callen was hoping to get answers on his own case and he helped out with the team’s other case in following Hetty’s clues.

This wasn’t the first time that Hetty has given them random information that she expects them to investigate. This has happened so many times before that the team wasn’t scared and, like always, Hetty was shown to be right because something was off with Doby Distribution. The building looked deserted. Both Sam and Deeks heard gunshots coming from inside and so they went running inside just to find no one.

There was no one inside. There were some empty shells on the floor and that proved what they heard was true. There was a shooting. It just took place so fast that the perpetrators managed to escape before the guys could run inside and so they had to widen their search to see if anyone showed up at a hospital with gunshot wounds.

A dead body showed up. Fatima tried to investigate it from her end and unfortunately, the CIA flagged it as belonging to their case. There was also an issue with Callen’s case. Callen had Roundtree follow Mishkin back to a house and Anna had been inside. Anna was Callen’s girlfriend. His missing Russian girlfriend lied to him about working with a rebuilding project and who just showed up at this house after Callen did everything he could to find her.

Callen of course demanded to know what was going on. He asked Anna what she was doing there and she told him that she was in hiding because Katya was back. Katya has been threatening Anna. She’s been threatening Callen’s life and even Arkady’s life. She scared Anna into hiding and Anna was a private citizen now. She knew she couldn’t turn to her old bosses.

She also didn’t want to risk Callen because she still cares for him and so she put a team together. One that would watch over him. Mishkin whose first name of Maksim was at least real was an old boyfriend of Anna’s and she turned to him for help. He was the one who put a team together. He was going to help Anna to stop Katya and the objective was to keep everyone in Anna’s life safe.

Only Mishkin didn’t seem to like Callen. He stopped Callen from coming with them when they left the house and, while Anna didn’t see it, Roundtree did witness the moment Mishkin knocked out Callen. Callen was tied up. He was left at the house as Anna supposedly went to meet with Katya and so his team rescued him while still keeping eyes on Anna. The team on Anna stopped Mishkin from betraying.

It turns out Mishkin was using Anna to get close to Katya. Russia wants Katya dead. They would rather she be dead than alive because alive she could hand over vital information to the CIA. And she has access to the CIA because she has Jorelle in her custody and she was threatening to kill her if Anna didn’t hand herself over.

Anna wanted to save Jorelle’s life. Russia wanted to prevent Katya was taken alive and so this case and their Doby Distribution case were connected.

The imminent threat was Katya and unfortunately, she didn’t show up at the meeting like she promised to do. She instead sent an Uber. The Russians didn’t get what they wanted and so they were taken out by the team, but Anna was unharmed and she now has to answer questions from the CIA and the DOJ.

Anna wants to save Jorelle.

Jorell’s finger was mailed to Callen.