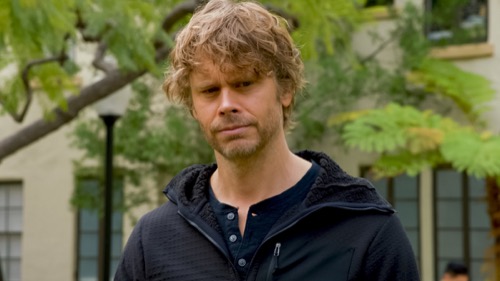 Tonight on CBS NCIS: Los Angeles returns with an all-new Sunday, April 4, 2021, season 12 episode 14 called, “The Noble Maidens” and we have your weekly NCIS: Los Angeles recap below. On tonight’s NCIS Los Angeles season 12 episode 14, as per the CBS synopsis, “Callen and the team discover that Anna is being held by a group with ties to Anna’s up bring and must rescue her before she is forcibly returned to Russia. Also, Admiral Kilbride makes Nell a serious offer.”

In tonight’s NCIS: Los Angeles episode, Anna was being held captive. She believed she had been taken by a lone wolf. By Katya. Katya was an occasional sociopath/psychopath who has this sick obsession with Anna and who wants to ruin Anna’s life. Katya said it was revenge for what Anna did to her.

Anna was the reason Katya was no longer working for the Russians. The Russians cut her loose after they came to believe she failed them and so Anna assumed that Katya was out for revenge by herself. However, Katya still has friends. Her friends were the ones holding Anna captive while Katya was off doing god knows what and Anna even recognized them. Anna came up through a program back in Russia with the two women helping Katya.

The three women were all trained together when they were young. They were all made into assets for Russia and that’s where they plan on returning. Katya and her friends were all planning on returning to Russia with Anna. Anna betrayed the country of her birth to work with the Americans. She would be considered a traitor back home and they might even kill her if she returns. Hence Anna needed to be found before she could be transported.

Her boyfriend Callen was looking for her and he was doing so with NCIS at his back. The whole team was looking for both Anna and Katya. Callen was so desperate to find Anna that he used a contact his team didn’t know about. He turned to Zasha Gagarin.

Zasha is a Russian asset. She kills for them and she would know about any plans on transporting someone. Callen, therefore, needed her to find Katya for him. Callen was willing to threaten Zasha and so she couldn’t tell him “no”. She had to give him the answer he wants. Callen wants to know where Katya is and he was prepared to do anything to get that information.

He had Zasha reach out to her friends. Zasha found out that Katya is still in Russia and so that confused Callen. He thought Katya was personally in the United States for Anna. He couldn’t quite grasp that she might have been working with someone else or possibly two someone else. And so Callen decided to talk to Joelle.

Joelle had been taken hostage herself. She was a CIA Officer and her office was contacted by an intermediary who claimed there was a former Russian operative willing to defect. Katya! Joelle hadn’t truly trusted this information and so she went looking into Katya, but then she had been taken hostage and she was slowly tortured. She was even shot in her leg. The wound festered while she was kidnapped and she later had to get removed once she was freed.

Joelle now wants revenge for that. She wants to kill Katya and she said she’s going to do it the second she’s released from the hospital. Only Joelle never saw Katya’s face while she was being held, hostage. She saw a woman wearing a mask and other than that the only thing she has is a partial number she read one day as well as the fact she was being held in a shipping container.

Joelle only gave that information because she wanted Anna to be found. She still plans on going after Katya and so she told Callen that he better find Anna fast. And Callen was trying to do just that. Callen called in after several hours of going rouge and Nell told him to come in. She said that Admiral Kilbride was at the office. The admiral was angry that the team has become involved in another international incident and he wanted them to fix the mess they created.

He was especially on Nell to lead the team. She was the one in charge and so it was up to her to fix it. Nell told Callen to come in and he ignored her. She told Sam that they had to work as a team and he too ignored her. She called Eric in to help and he actually did what she wanted.

Eric was assisting them in running the information that Joelle gave them. The rest of the team meanwhile was trying to get information on Anna and Callen had to break the news to Arkady. Arkady was told his daughter was taken. He was also told by whom and that rang some alarm bells for Arkady. It turns out he sent his daughter to a spy training center when she was five.

It was a brutal regime that trained these girls to be the best of the best and Arkady had tried to take Anna out of the program only she had liked it too much. Anna had found herself there at the “school”. She and Katya were trained there. Arkady also spent a lot of money to get this part of Anna’s past to be scrubbed from history so that she could come to the United States and so that could explain why Anna never mentioned it to Callen.

Callen and Sam both realized that Katya would turn to someone she went to school with for help in capturing Anna. The Institute of Noble Maidens is where all the female spies were trained and so Zasha was trained there. Callen told Sam about Zasha secretly working for them. He also contacted Zasha in front of Sam and together they asked her if anyone from the Institute was in the country. Zasha said at least two of the former students were nearby.

Eric identified the students. He traced them back to a shipping container that they rented, and the container has since been moved. Katya’s friends were bringing Anna to her in Russia. The team was in a race to find Anna and they couldn’t agree where they should start looking.

There were several ports out of LA. The Russians could be using any of them and so Nell made a decision. Nell was told earlier that Hetty wouldn’t be returning to NCIS. With Hetty out of the way, Nell could fully step into the job and so that’s what she’s doing now. She was stepping up. Her decisions led to the team finding their two Russians and they also ran into Arkady and Kirkin. The last two were working together to find Anna.

Arkady no longer trusted the team to protect his daughter and so he wanted to do it himself, but he and his friend walked into a situation they didn’t know about and Kirkin was shot. Deeks found Kirkin. He called for an ambulance while Kensi got Arkady out of the way.

And so it was Sam and Callen that took on the Russians. And once they got them out of the way, they found Anna. Anna was okay. She was glad to be found and she wanted to go home with Callen. Callen was just so happy to have her back that he agreed with it. He was no longer angry with her. But sadly Kirkin died and he died after pushing Deeks out of the way of danger. And so Deeks was going to mourn his friend after all of this