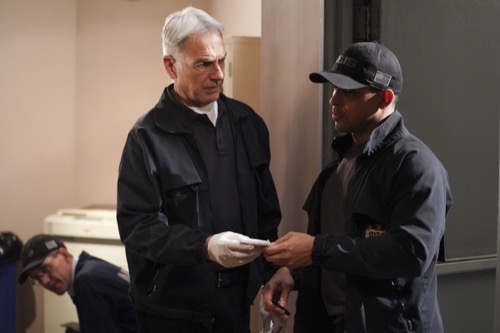 Tonight on CBS NCIS returns with an all-new Tuesday, January 19, 2021, season 18 episode 4 called, “Sunburn” and we have your weekly NCIS recap below. On tonight’s NCIS season 18 episode 5, “Head of the Snake,” as per the CBS synopsis, “Gibbs and Fornell’s crusade to find the head of the drug ring responsible for Fornell’s daughter Emily’s overdose comes to a climax; Gibbs and Vance finally let the team in on a case that has dangerous implications.”

Later, Gibbs received a call from Vance. Vance wanted to check up on Gibbs. He wasn’t asking about the past case because he didn’t care about the case and it had nothing to do with him. Vance called about Fornell. He’s been secretly helping Gibbs and Fornell investigate the drug ring that was responsible for Emily’s overdose and neither of the men had heard back from Fornell. Fornell disappeared.

He didn’t show up at his daughter’s graduation from rehab and Gibbs came across blood in his investigation that he believed was Fornell’s. Gibbs thinks something happened to him. He informed Vance because he needed help and now Vance wanted to make their little investigation public.

No sooner did Vance tell Gibbs this, that Gibbs found out Fornell is alive. Fornell was cozying up to the drug dealers to get information on their boss and so he had to stay away from everyone. He couldn’t call his daughter. He couldn’t risk them knowing he had a daughter and he couldn’t warn Gibbs either. The two met up as Gibbs continued his investigation. He ran into Fornell at a private airport and Fornell shot at him up to make it appear that he was still working with the drug dealers. Fornell was the one who set up cameras for the place. So, he told Gibbs that they could talk, they just also had to shoot at each other. They shot at each other as Fornell explained everything that’s happened.

Fornell found out the boss’s name. It was a man named Merriweather and he was the one who called all the shots in their counterfeit opioid ring. He was also elusive. Fornell was told that Merriweather run things and that Merriweather tapped all their phones, but he’s never met the man and three months of investigation hasn’t yielded anything else that was important. He just knew the name Merriweather. He passed this on to Gibbs and Gibbs told Vance.

Vance was sick of all the espionage. He told Gibbs that he was going to hand this case over to the DEA and so Gibbs had three days to solve this or he’ll lose his chance forever. He knew he couldn’t do it on his own and so he finally brought his team in on the investigation. And thankfully McGee was back from vacation by then.

Gibbs had his team look into Petty Officer Rico. Rico was fingered as a part-time drug dealer and so the team went looking for him. Only they couldn’t find him. They did find his friend, though. His friend told him that Rico was out on assignment and not an official one. Rico had been given an assignment from Merriweather. Merriweather asked Rico to sell his pills and he cut the price. The pills used to be twenty dollars a pop. Now they were just five and so that didn’t make sense.

Why would a drug kingpin practically give his drugs away. It wasn’t until Rico was found in the morgue that they realized what was going on. Rico died from a poisoning. He was poisoned by the new pills he had been asked to sell and a bunch of pills that Fornell had given Gibbs had showed that they were poisoned as well.

Merriweather changed his formula for the opioids. He was now actively trying to kill people with drugs and it just didn’t make sense. There was no reason why a drug dealer will kill his own customers. Not unless he was killing them for someone else and that someone else might be Russia in this case.

The drugs that were being sold were mostly being sold to members of the American military. Merriweather specifically enlisted members of the military to do his bidding and sell to their fellow servicemen and women. He was now trying to kill those same people with his drugs. Merriweather has several identities. One of them is Russian and he is known to frequently fly back to Russia whenever he can.

The team believed that Merriweather went from drug dealer to terrorist. They also believe he was using Beltway Burgers as his distribution center and that the people who work there were also in on it. The team even identified one of them. His name is Vladimir Ivinov and the team thought they could sit on him to see where he goes, but unfortunately something went wrong with the plan. Torres showed up pretending to work with the HOA. He pretended to be an exterminator and all the while Bishop was overseeing things from the van out on the street. The two did their parts perfectly well. They at first convinced Ivinov of the part they played and then he got a text.The text told him he was being watched. Ivinov automatically knew it was Torres and he tried to kill him.

It Fornell that stopped Ivinocv. He killed Ivinov and they went back to the van where they found it empty. Bishop was gone. She was taken by Merriweather’s people and Fornell’s cover was blown. He couldn’t go back to Merriweather after killing his guy. Luckily, Merriweather didn’t know Ivinov was dead when he later called Fornell and tried to make deal with him. He thought he was talking to Fornell because he called Fornell’s number but it turned out to be Gibbs.

Gibbs pretended to be Fornell on the phone call. He also pretended that Ivinov was still alive and so he agreed with Merriweather to do an exchange. Ivinov for Bishop. Bishop was being tortured while she was in custody and so the team wanted to rescue her more than anything.

They agreed to do the deal because they thought they could get Bishop back. Only they underestimated Merriweather. Merriweather wanted to kill Fornell. He wanted to kill Fornell for betraying him and so McGee showing up at the meeting wasn’t something Merriweather planned for. Merriweather had laid a trap. He laid it for Fornell and it was supposed to be him going up to the plane and then the plane exploding. But in this case, it was McGee. McGee went up to the plane and he was stopped from getting too close by Gibbs. Their comms were down and so Gibbs shot McGee twice to stop him from going to the plane. And he therefore didn’t get swept up in the blast when the plane exploded.

Sadly, the team thought the same couldn’t be said for Bishop. The team believe she was on the plane when it exploded and that she most likely died along with everyone else onboard but at the last minute she showed up. She was fine. She had escaped the plane by being her bada** self . She had a few bruises from being tortured and other than that she was okay. It was Torres that was really upset. He went with Gibbs and Fornell as they tracked down Merriweather at his daughter’s 21st birthday celebration. It turns out Merriweather’s real name is Alexi Myshkin and he went from drug dealer to terrorist because he was being paid a lot more money than he would have made from his drug business.

Alexi also used his daughter to wire this new terrorist money. The team checked her bank accounts and they got all the evidence they needed to put both father and daughter away for a long time. And in the end, Fornell was finally able to reunite with his own daughter and he got the chip she received for being clean for six months.

As for McGee, the bullet that went into his leg had hit an artery and so he was in bad shape at the hospital.